Police officers from Bungoma are currently searching for a group of rogue students who allegedly destroyed a number of properties following an unrest which reportedly occured yesterday at night.

In an incident that happened yesterday in the evening, it has been revealed that an unknown number of students broke out of school after which they allegedly broke several properties. As of this was not enough, they allegedly stormed a man's Sugarcane plantation and ate everything before leaving.

The school principal who reacted to the incident claimed that they are currently working hand in hand with the police in order to make sure they arrest the suspect who he said were going to pay dearly for what they did to other students along with all the properties they destroyed.

"We can't keep doing this because I want to make it clear that we are going to make sure they pay for this. I'm sure this kind of thing was not caused by all students except for a few who think that they can do as they want. We have informed police officers who are currently investigating this incident and we will follow it up to the end", he said.

I want to make it clear that the government is not going to pay for all the damages that have been caused by students. If your child is Found guilty you as a parent Will be forced to take responsibility for their actions, Magoha said. 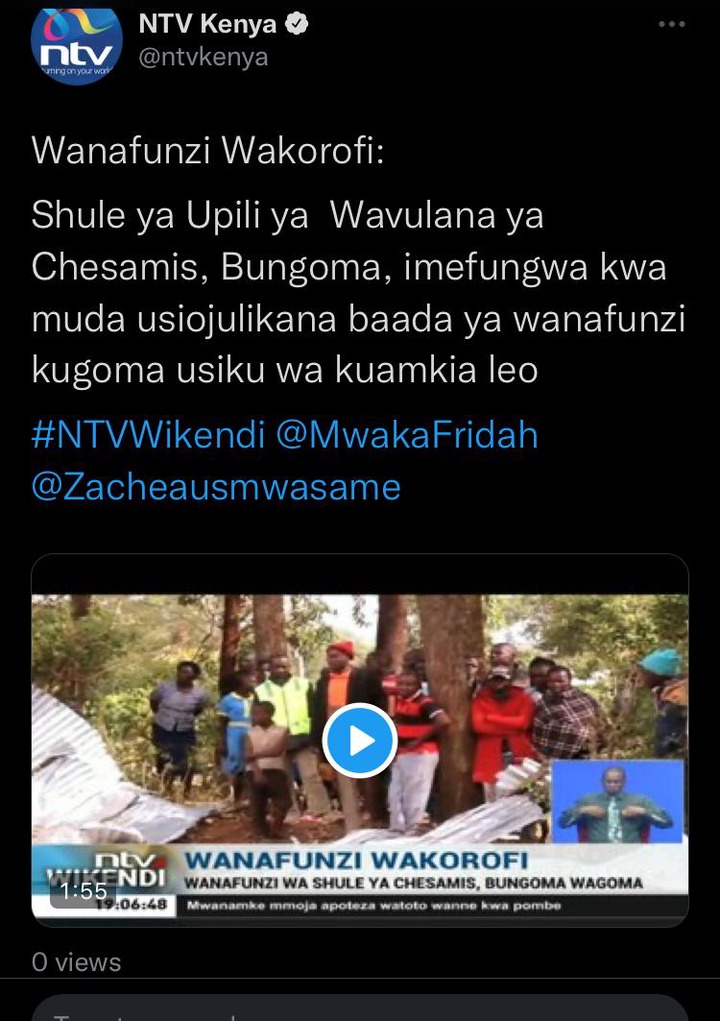 Definitive Signs You're With A Good Man