By HappynationInc. (self meida writer) | 1 months

Kenyans have been inspired by an amazing story of young Kenyan guy named Samuel Ndaro who currently leaves in USA, Working in Boeing planes production company.

Ndaro is currently 38 years old and began from a humble background been born and raised in Mvita,Mombasa Kenya.

The firstborn among three children, Samuel’s first learning institution was Burhaniya Primary School, where he attended classes up to Standard Four then was transferred to Loreto Convent, a private school in the coastal town because he was always a top student and couldn't have allowed it to make him complacent.

In loreto, he met students who were from well to do families been dropped on privates cars while he was cruising on Matatus and hardly had money for lunch and school fees.

From there he got admitted in a nearby secondary school named Alidima Visram as s day scholar. He fought with determination and got an A- Minus In KCSE thanks to his good grade in Mathematics, Accounts and Physics.

After KCSE, he began looking for best universities in Kenya to study his dream course not knowing his destiny lied abroad.

Wichita State University was the most approachable in his online correspondences. He secured a place to study aerospace engineering.

With great difficulty, Samuel’s father managed to raise airfare for him to travel to the US. Samuel also raised some money by being a sailing trainer. But even if he had flown to the US, he could not join school until some fees was paid.

While in US he joined Army which paid for a double masters course at Embry Riddle Aeronautical University in aeronautical science and aviation aerospace management.

He moved out of army in 2013 with a 'veteran' tag which makes one to be employed very easy in US. 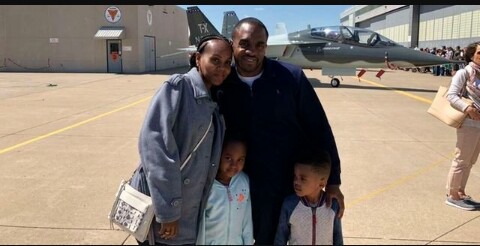 He has been getting promotion after promotion in the Boeing plane starting from technical lead design engineer where he lead the team in redesigning body floor grind and door surround structures.

He then proceeded to Dream liner fleet before landing technical lead and liaison engineer in Boeing’s space launch project in 2016.

April 2018 was a movement month again. He became the defence modification and sustainment engineering manager.

In November 2020 he got into the current position where he holds two managerial titles Advance Product Support Leader and Adjacent Programme Manager .

He currently leaves there with his wife Eve Tsuma also from Kenyan whom they met when she had also flown there for nursing course. 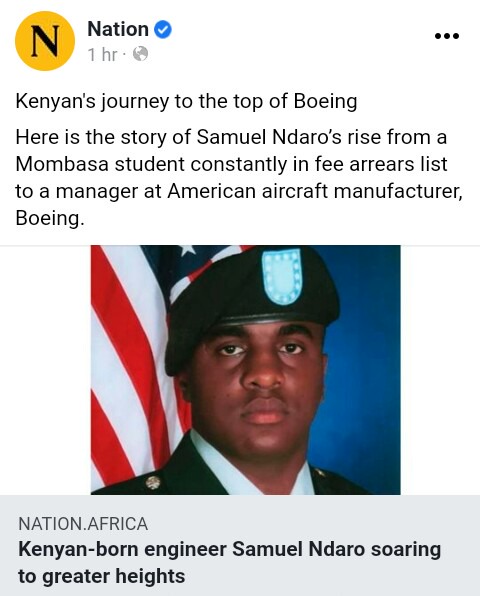 Below are screenshots on how Kenyans reacted to his story as posted by Nation. 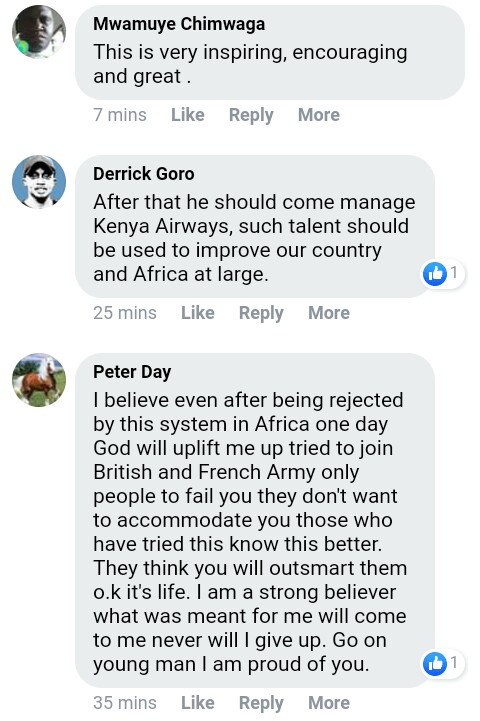 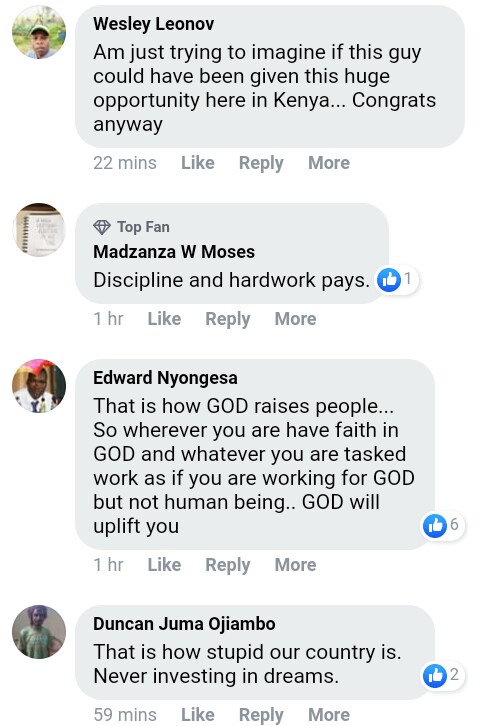 Rastafarians Move To Court To Seek Legalisation Of Bhang