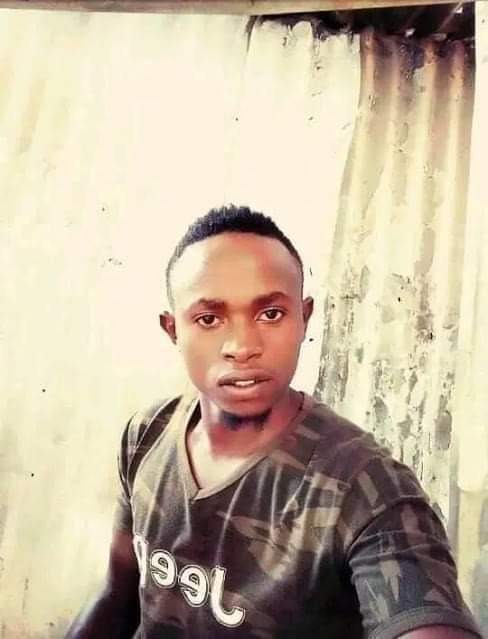 According to a report on Sunday, June 6, 2021, a family is searching for their son who went missing under mysterious circumstances, after he was disqualified from graduating from Machakos University.

According to his brother, the missing young man is identified as Samuel Gaitho, and they have tried to use all means possible to trace him but their efforts have not yielded fruits.

"It’s painful that the missing student didn’t even attend his mother’s burial, said his brother in tears.

Gaitho has been missing for a period of over a month as he disappeared back in April.

It still remains unclear as to what could have led the young man to mysteriously vanish with so many questions still answered.

Cases of people vanishing have been on the rise of late with a majority of these incidents ending in tears.

Lately, Bodies of people who mysteriously disappeared have been found in morgues while some were spotted dumped in thickets.

However, depression has been highly associated with some of these disappearances and suicides. 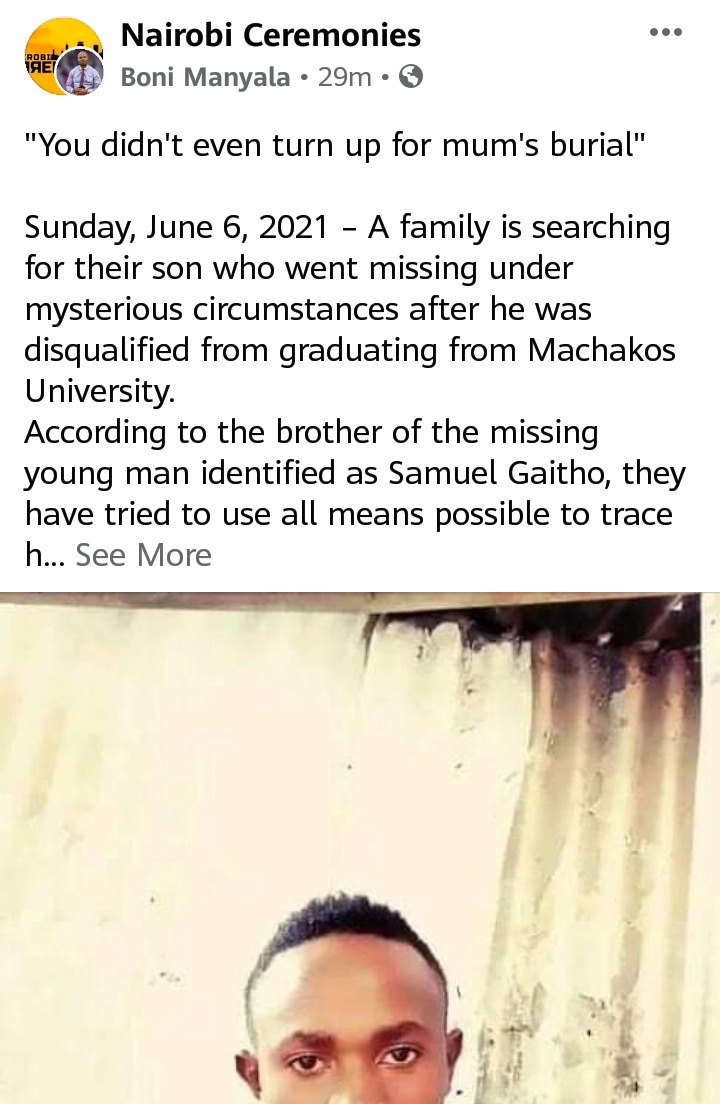 @Elvis Ikatwa... He was a classmate at Machakos University. Samuel just disappeared, I hope he will be found in JESUS name

@Miriam... May God bring him back to his family. i know how it feels for your beloved to disappear just like that. I lost a brother for 2weeks only to be found in a mortuary..sleepless nights ndizo shida. Dreams ndizo mingi..i wish apatikane family iwe at peace. 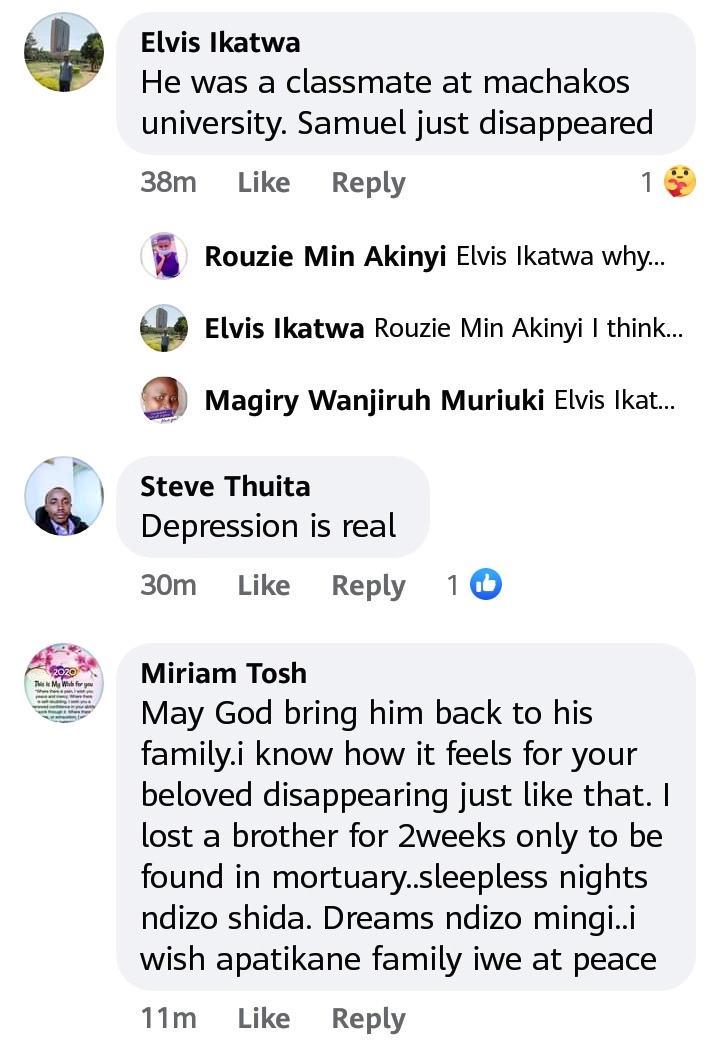