By Morningclove1 (self media writer) | 1 month ago

Detectives from the director of criminal investigations have uncovered the death of a 16 year old student from St. Theresa Girls High school from Nandi who was found dead a couple of days ago. The deceased who has been identified as Beryl Jerop was taken to the mortuary after she was found dead in her dorm by her classmates. 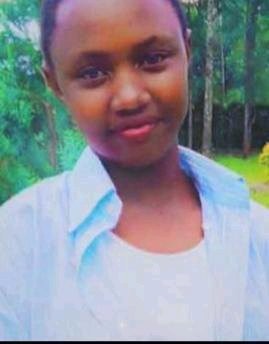 In a report that has been reported by the Standard, it was revealed that the deceased had allegedly written her own eulogy before he untimely death. In the letter , she revealed that she experienced so much pain and rushed to the school clinic who gave her some pain killers after which she told her to go back to her room.

However , things went from bad to worse after she revealed in her eulogy that her pain didn’t subside but rather , became worse to the point where she was trembling and tying a Lesso on her neck due to the fact that she was In so much pain.

In her letter , she claimed that she was going to die alone adding that she didn’t regret it. While reacting to this incident, the family of the deceased called upon the dcis to look into this accusing them of recklessness.

DCIs who conducted a postmortem test on the deceased revealed that she died over a Menengitis virus that allegedly attacked her in the evening adding that, this is what killed her . However, the family of the deceased have called upon the DCIs to find out why the alleged nurse didn’t treat her despite the fact that she stated that she was sick. 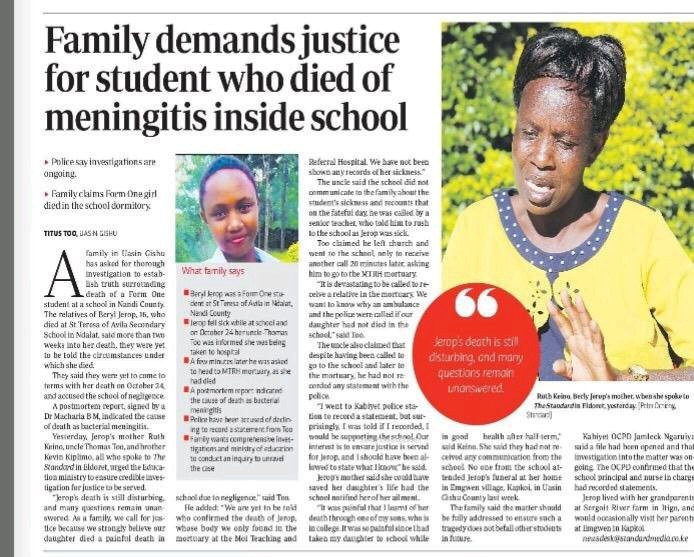 Content created and supplied by: Morningclove1 (via Opera News )