Speaking to the officials and the students of the KUSF Games the Acting Vice-Chancellor of Kibabii University, Dr Engineer Benedict Mutua thanked all the participating universities students for exhibiting a high sense of discipline through the Competitions Games held at Kibabii University.

Dr.Mutua advised the participants to continue doing more practice in Nurturing of their Talents to achieve a physical fit and Health Society. 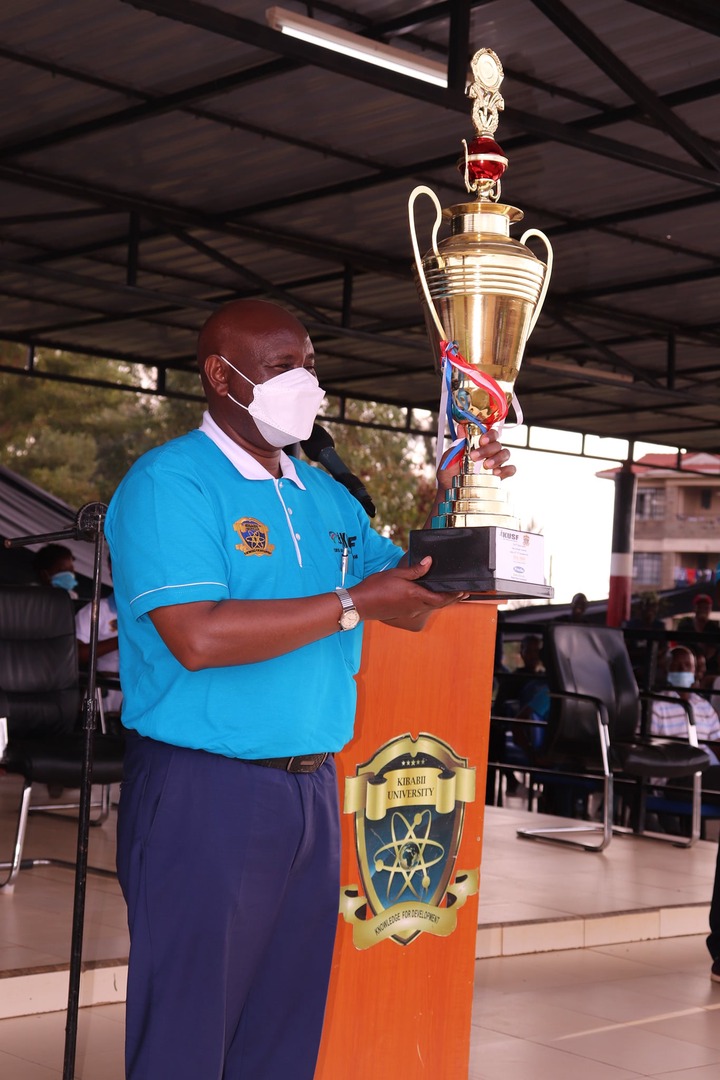 He urged the students who have not yet been vaccinated to go and receive the Covid -19 Jabs so as to prevent the spread of the Corona –Virus.

The Institution was declared the winning team after scooping a total of 100 Medals, whereby 42 are Gold Medals ,29 Silver Medals and 29 Bronze Medals .

Amongst the Universities which performed well is Maseno University which got 15 Medals,Kibabii University 36,Jomo Kenyatta University Of Agriculture And Technology,JKUAT ,60 medals were the winners.

In Soccer Men University Of Eldoret UOE was 2nd runners up ,followed by JKUAT And Kenyatta University were the Winners.

Elsewhere in Netball Men Kenyatta University Were declared the winners as MMUST   took a lead in the women’s Netball Category.

In Rugby Sevens competitions Men Category Kibabii ,Strathmore and Kenyatta University took positions one ,two and three respectively while in the women’s cadre University of Eldoret UOE came third ,followed by Kenyatta university as Meru University was declared the champion .

In Scrabble game Men and category Masinde Muliro university of Science And Technology MMUST were the winners.

Table tennis Men category was won by JKUAT while the women side was won by University of Nairobi UON .

In swimming Men and women categories Kenyatta university were winners while in Taekwondo Men Kibabii University won both the male and Female categories.

The President of KUSF Mr Mbabu Murithi and one of the organizing committee members, Mr Kibet Rono urged the universities to continue registering for more games in the up-coming editions of the games.

This year’s theme of the 8th Edition of KUSF Games is ‘Nurturing Talents for Livelihood And Sustainability Through Sports’.