Why First And Fourth Year University Students Should Reopen First(OPINION)

By Kerandi (self meida writer) | 29 days 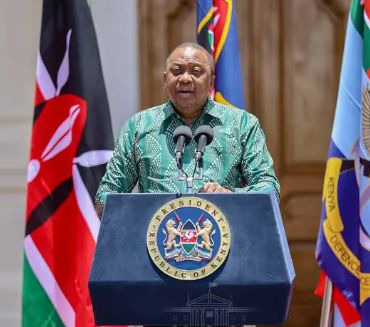 On 26th March 2021 during the presidential address on the ongoing deadly pandemic in the country ;The president of the republic of Kenya Through the ministry of health guidelines gave a Directive that all Learning to cease from that day until otherwise stated . Students from medical training colleges and those who were ongoing with their national examination were only previlaged.

Most students didn't expect this for the second time because the same had happened in March The previous year 2020 when schools were again shut down for almost seven months.This directive is due to rapid increase in covid-19 cases in the country.The arrival of the third wave variant of the virus which is believed to be deadly had contracted many people to the extent that ICU beds were missing in hospitals and even the oxygen cylinders .

This presidential order to close schools so that to safe lives through its faster Spread however made many people unhappy especially parents and students. Students had prepared a lot for the ongoing continuous assessment tests CATS before they would start their end semister exams which was to commence as from the first week of April.

Fourth Year students were much interrupted because a big percentage had laid their experiments for their special projects to finish their course work .The special projects need some monitoring and supervision bought from the student and the supervisor in charge that's his/her lecture.This didn't happen as planned since everything was left in standstill untill otherwise stated when the curve of the pandemic will flatten of which nobody knows when will that be.

Having in mind that first year students had joined the University two months before the president Again made a move to close the institutions, they had not yet adopted the situation in campus life .They were also ongoing with the adoption so as to avoid confusion such as attending wrong lecture halls , difficulty in reading the timetable and also interacting with others to know who is taking which course in relation to him/her because in most cases at first year common courses are taught.

All this brought a concussion onto them since they went back home and until stated otherwise by the president.This will make most of the come back to the University as New comers which will be a great challenge to many.

Therefore it's my opinion and someone's else suggestion that the president to give a Directive of allowing fourth year and first year students a priority first to continue with the course work first as they be nearly finishing ,third years and second years also to jeep in so as to follow the ministry of health guidelines of social distancing.Whats your opinion on this? Kindly share Widely ,like and Comment.

Content created and supplied by: Kerandi (via Opera News )

Mwangi Wa Iria: I Will Be Vying For Presidency, I Cannot Go Down To Become An MP

"I Will Never Come Back To Kenya" German-Based Gay Mpenzi Chokuu Reveals.