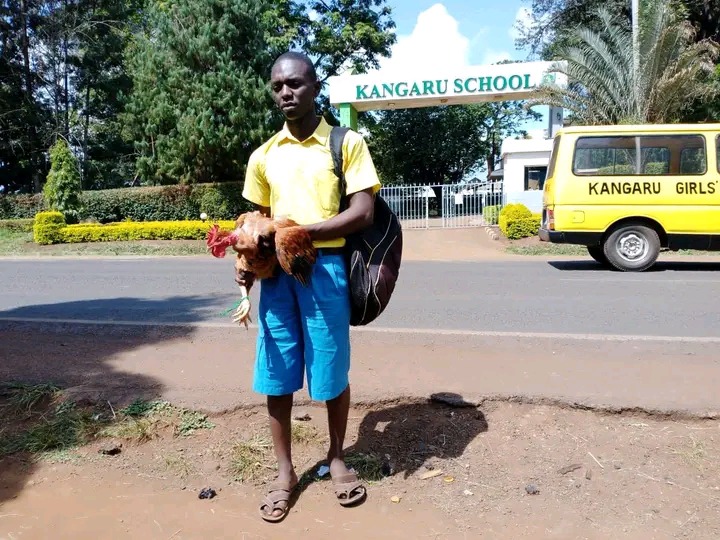 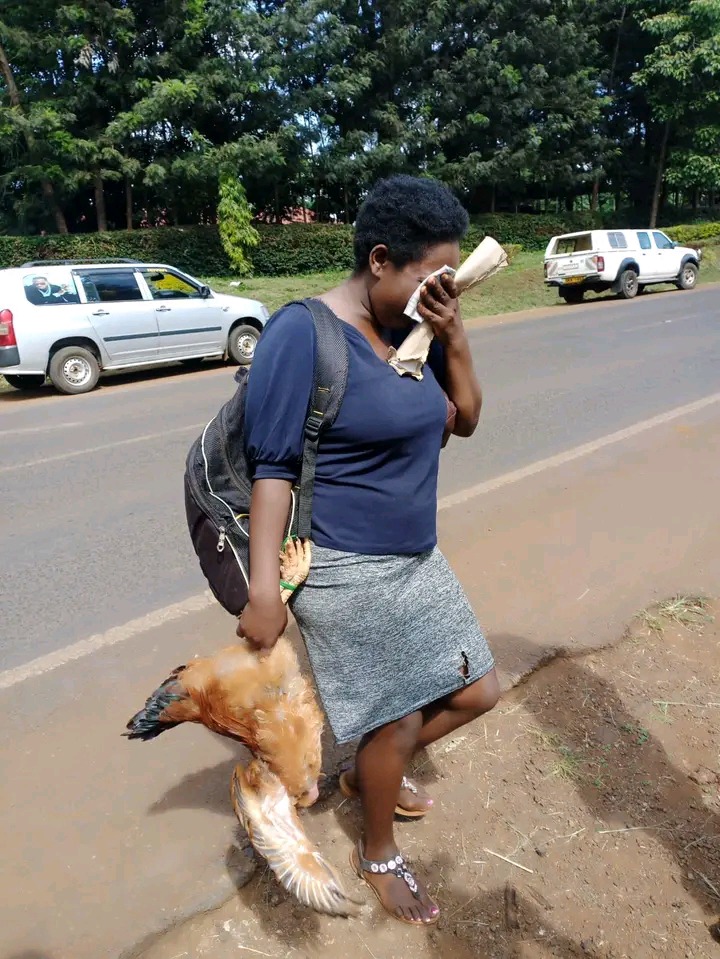 Her mother is a casual labourer but today Mr Murimi told his mother Pauline Mukami that he could not continue staying at home while other students are studying. He took the bird, dressed in his primary school uniform, took some of his primary textbooks and told his mother to accompany him to school. 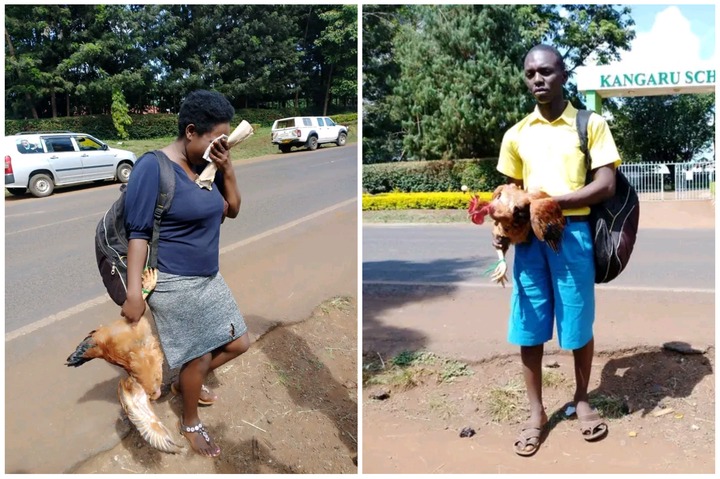 They passed through county commissioner's office but they didn't find him. They headed to Kangaru highschool and proceeded to principal's office to see if he will be admitted. He was turned down due to lack of fees and other personal Items. 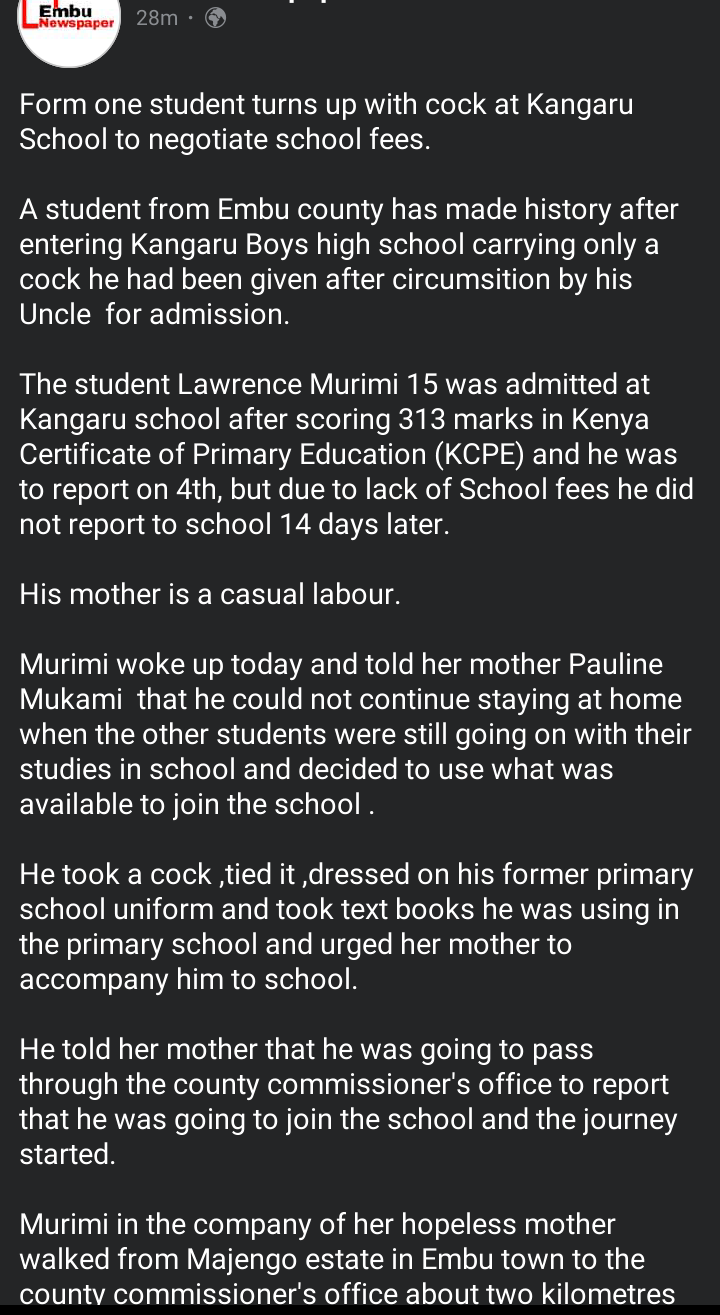 The mother wept while heading home. They were later recalled after the school learnt that the issue had landed into the media. The school management told the mother to leave since the student will be admitted. On reaching home, she was called and told to take the boy to day school since she was unable to pay school fees. 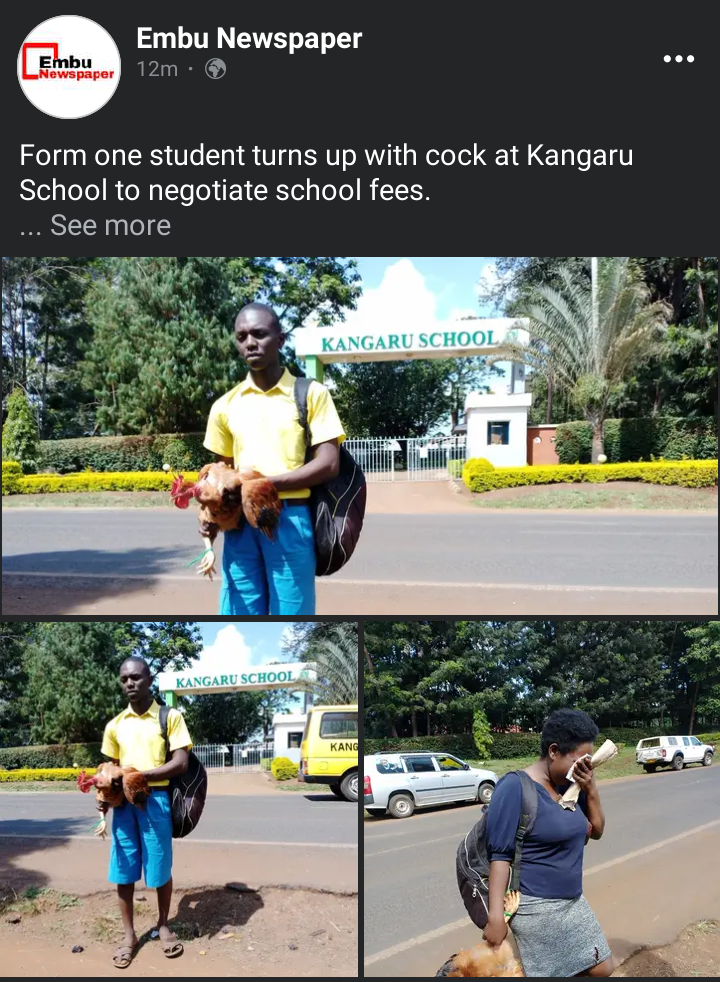 The boy pleaded that Kangaru was his school of choice and pleaded with well-wishers to help him. It remains unclear on what will happen to the student and if he will be admitted at the school. 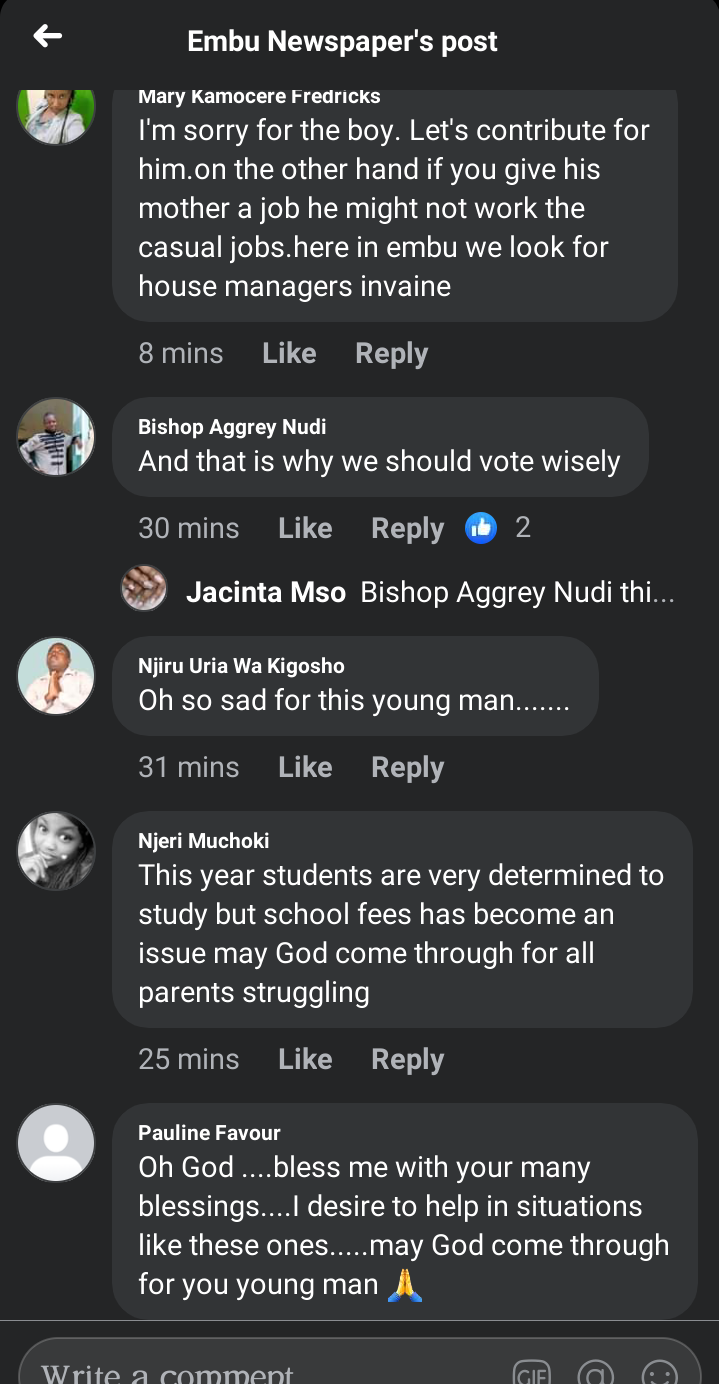 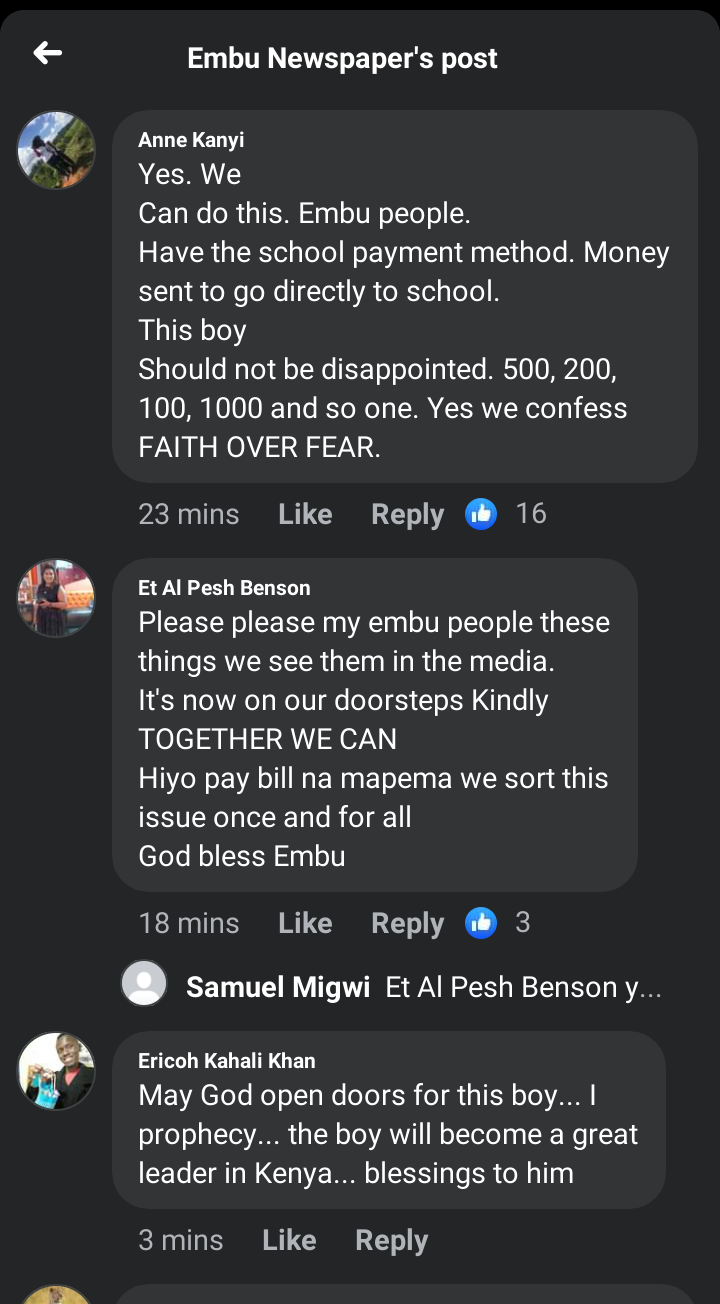 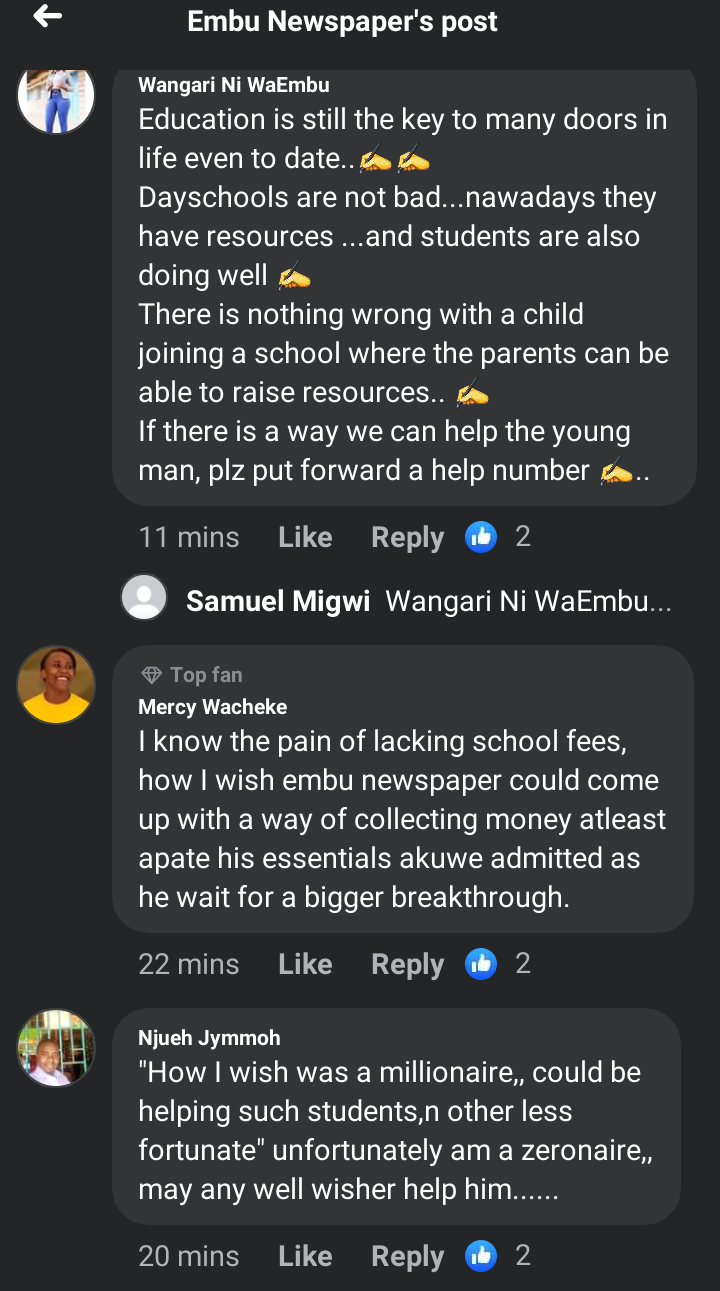 Why Maize Flour Will Not Be Affordable Despite Government Intervention

Amount of Money Mauricio Pochettino Will Get After PSG Sacking