1943 Photo of a Chemistry Practical Class at Alliance High School

By SamMunyaka (self meida writer) | 18 days

Alliance High School which was established on 1st March, 1926 by Dr John Arthur in Kikuyu is among the best secondary schools in Kenya. 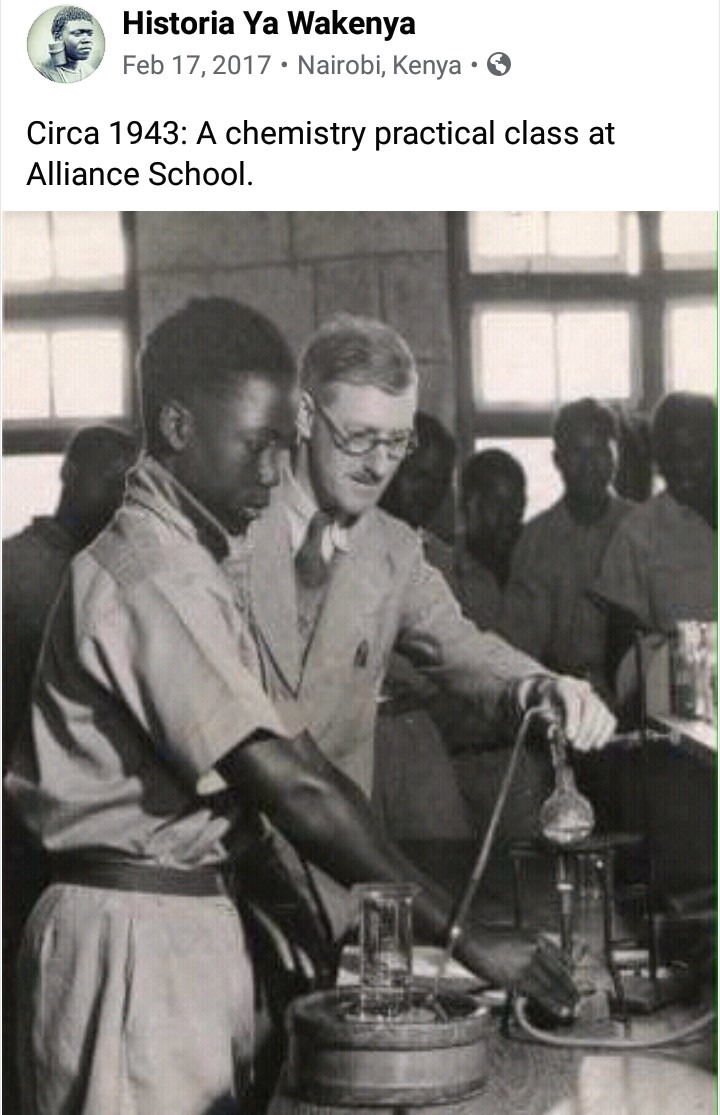 A rare photo of a student captured conducting a chemistry experiment in the lab back in 1943 has resurfaced online.

When the colonialist arrived in Africa, they were convinced that Africans were not entitled to an education beyond the basic level since they wouldn't benefit from any higher education.

Africans were only taught basic skills like carpentry, masonry and artisan courses to provide cheap labour to European settlers.

The missionaries who started arriving in most African countries in the early 20th century were not happy about it and it is when they started setting up primary schools to educate Africans. However, they encountered a plethora of challenges including lack of support from the colonial governments. 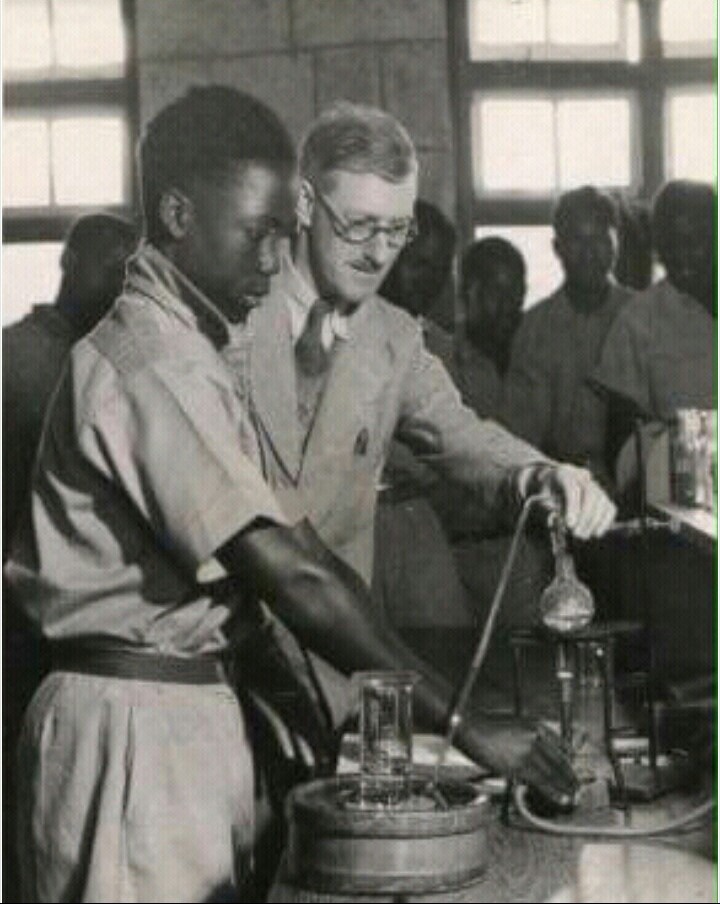 A conference of all protestants was convened by Dr John Arthur who was in charge of Kikuyu mission to discuss these problems in 1913. The Alliance of Protestant Mission was consequently formed which comprised of the Methodist Church, the Friends Church, Church of Scotland Mission among others in 1918.

With the help of the missions, Dr Arthur continued to pressurize the colonial government to set up primary, secondary and tertiary schools in not only Kenya but also in all British colonies.

In 1923, a Devonshire White Paper was written which indicated that Africans were also entitled to higher education.