By TheReporterr (self meida writer) | 5 days

Police officers from Narok are currently investigating an incident that happened where a Rogue group of students allegedly got upset and torched their dorm after being stopped from mingling with girls during a church service.

According to the reports given by a reliable source of information, it has been revealed that the alleged students from Narok had gone to attend a church service where they accidentally met a girls school att the same service.

However, their attempt to get into the church was stopped by their teachers who order ordered them to stay out of church until the other girls school is done.

This was followed by a dramatic scene after these students got mad, went back to their school and set their dormitories on fire in attempts to protest over what these teachers did.

The school management would later Invite several police officers in attempts cool angry students down. Several students were taken to the police station for more investigation and questioning.

In the past few days, a number of schools have gone up in flame under unclear circumstances forcing the cabinet secretary of education proffessor George Magoha to react to this incidents.

While addressing the same issue, Magoha called upon kenyan parents to dusci their children adding that they were going to pay if their kids are found doing something to damage any school properties.

At the same time, the inspector General of police, Hillary Mutyambai also said that they were not going to allow cheeky learners in schools adding that they were going to arrest and make them seat for their exams behind bars if need be. 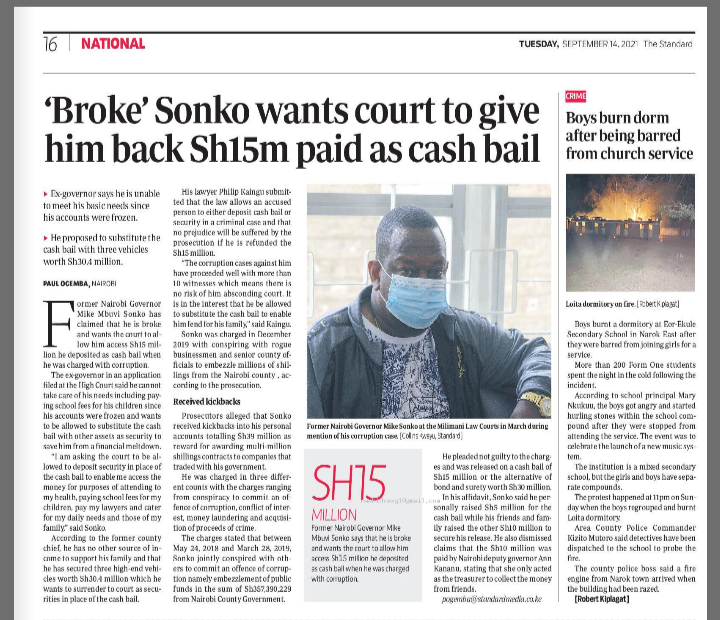 What American Based Pastor Advised Dp Ruto About His Presidential Quest

Was Satan/Lucifer an Archangel, a Cherub or a Seraphim?