By Sackonews.com (self media writer) | 23 days ago 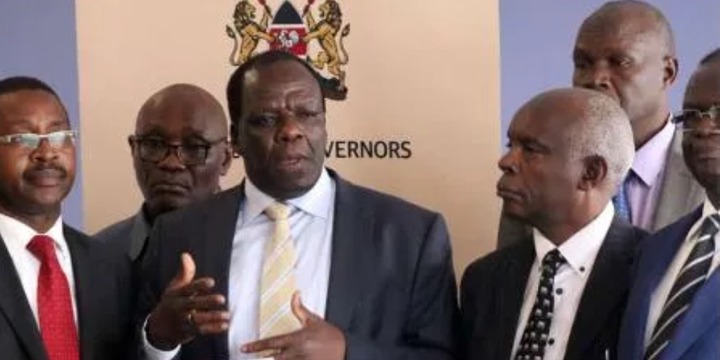 Kakamega Governor Wycliffe Oparanya is proposing a tougher punishment for students behind the current wave of school unrest that has seen infrastructure in dozens of learning institutions set ablaze.

Speaking during the burial of Agnetta Ayuma Bukaya on Saturday, November 6, the governor pointed out that they should serve a minimum sentence of 60 years in order to serve as a lesson to others.

"What I know is that there won't be government funds that will go to repairing the schools. We as parents should warn our kids not to commit such atrocities."

"I instruct the magistrate that if they find any student guilty, he or she should be jailed for 60 years and they get out when they are older. This is to serve as a lesson to others," he stated.

"The so called students at Kakamega High School have set our iconic Alma Marta on fire! As a current parent at this school, I am ashamed, to say the least," Khalwale stated.

Former Law Society of Kenya Chief Executive Officer Apollo Mboya pointed out that there are laws put in place for such matters.

"Before a politician recommends a jail term, he must know that there are laws in the republic, there has to be investigations. The culprit has to be taken to court. Based on the evidence, the court then makes it pronouncement on that particular issue.

"So a politician doesn't have the right to say what needs to happen when a culprit is found culpable as the law is already there. It's very wrong for a politician to talk about it as we know that there are some students who are already in court and have been charged," he stated.

He pointed out that should be policy directions from the Ministry of Education which monitors infrastructure in various schools which inspects fire escape routes, fire extinguishers and other measures.

"The Ministry ought to know that this year has posed a great challenge to parents. In fact the last term, they had a break for ten days and resumed classes. There is also a lot of pressure in regards to exams and those kind of issues."

"If the students are to be detained, there are approved juvenile detentions and there are laws which handle the question of juveniles who are in conflict with the law," he pointed out.

Cases of school fires have been on the rise in the recent past with property worth millions of shillings destroyed.

The Ministry of Education maintains that parents will have to bear the cost of rebuilding infrastructure in schools.

Currently, more than 30 fire incidents have been reported countrywide and in some cases, students left nursing injuries. 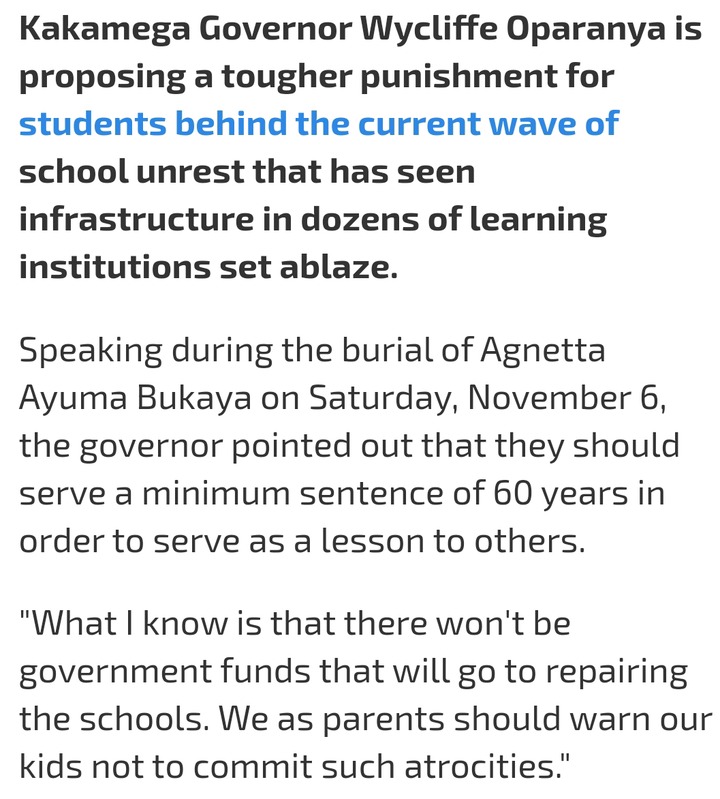