By Harsenews.com (self media writer) | 3 months ago 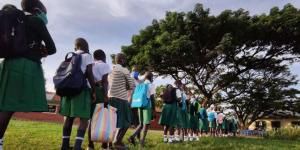 Principals from various schools across the country have been put on the spot over allegations of extorting parents by leveling unwarranted charges as learning resumes.

Media reports have highlighted parents' plight regarding the hiking of fees that are contrary to the initial fee structures issued by different schools. Parents have also decried about students being sent home over school fees arrears despite the Ministry of Education cautioning school heads against doing the same.

"I don't know where to start. I'm a farmer and the harvest did not do well. I will have to sacrifice my kid's education so that we can live," an aggrieved parent told the media.

The parents' plight was propelled to the limelight by the National Parents Association Chairman, Nicholas Maiyo, who questioned the legality of the extra fees being charged.

"The information we have received is that the principals are devising new ways of extorting parents. Our main concern is the legality or the procedure of how the money is paid. Mostly, the amount is not used in assisting our kids," he told Media

Maiyo noted that the association had received 54 fee structures from various schools across the country which were all different from the initial ones issued.

"Our main concern is the way principals take money from us, it is not right. You cannot pay for something which you don't know how the funds will be used, this is outright theft."

"These days kids are always on the road because they are being sent home. This specifically affects primary and boarding schools," he pointed out.

The hiking of the school fees by the principals has been a matter of concern to parents, who have even threatened legal action against those found culpable of ignoring the Ministry of Education's directives on fees.

A section of the school heads had raised complaints on the inadequate funds to run operations of their institutions.

Kahi, in a past media briefing, pointed out that schools had to go to extreme lengths in order to fund the institutions.

This comes despite the Ministry of Education recently releasing Ksh17 billion as second term capitation for learners to cater for both primary and secondary schools. Out of this amount, Ksh2.62 billion went to primary schools, while Ksh14.85 billion was allocated to secondary schools. 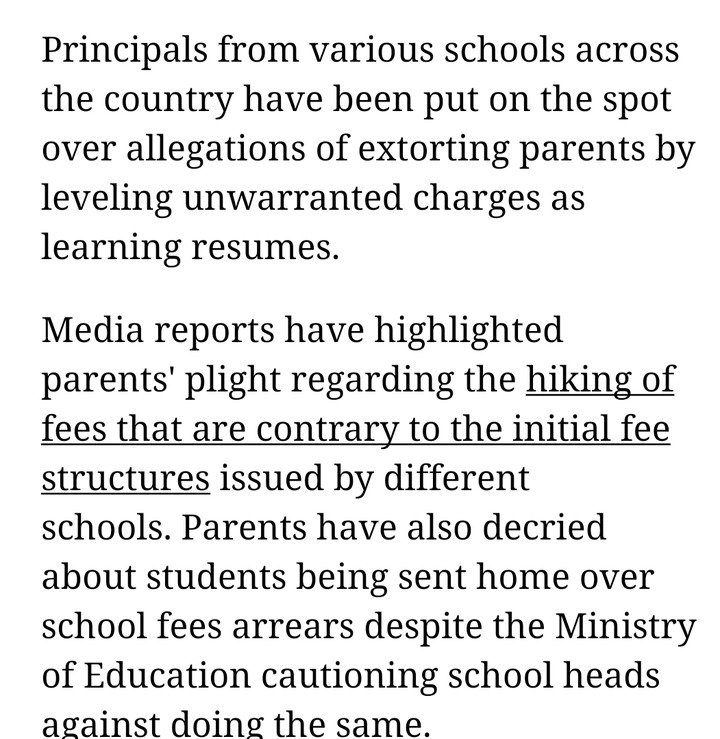