By Gilbertmurunga786 (self meida writer) | 24 days 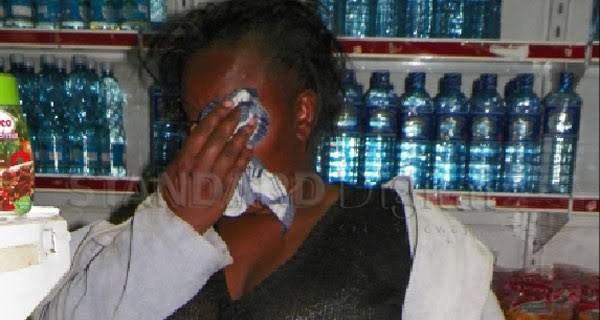 Today marked 40 days of stealing for two high school cook in Kisumu after being found stealing. It is alleged that students and teachers in Kariga secondary school located in Kisumu were treated to a free drama after busting school cooks in the act of stealing and transferring stolen items through the School fence.

According to the school principal identified as Madam Jackline, she was informed that the two have been sneaking foodstuffs across the fence for some time, she has been waiting for a proper time to bust the two which happened to be on 30th June. According to the principal, the two cooks never new that she will bust them and since she did so today, she will make sure that the two are taken to police station.

According to the principal, her security men watched the two closely and finally made a conclusion that there is something fishy happening behind the dining hall. It is alleged that a man whose identity remains mysterious was seen making rounds behind the dining hall to find out how the food stuffs in question will be given to him.

It is alleged that the two had managed to steal few kilos of sugar, cooking flour, salt and finally a piece of meat. Security guards informed the principal who managed to nab the two before they could give the goods away.

According to one of the cook, he blamed poverty for having forced him to steal from the school. So far, the two are being held in Ahera police station as further investigations are being carried.

So far, theft is really on the rise with many men and women shoplifting just to place food on the table. What is your opinion on this matter, do you think the school principal was wise enough in his decision of sending the two to a police station? considering the fact they were only interested in food.

Content created and supplied by: Gilbertmurunga786 (via Opera News )

"Where Are Kikuyus?" Reactions as a List of Politicians That Will Accompany Ruto to Zanzibar Leaks