Twins Shine in KCPE as They Score Over 400 Marks, Select Same High School

By MeghanNimmoh (self meida writer) | 19 days

A pair of twins from Murang’a were among the top performers in the just released KCPE results in the county.

The boys who were schooling at Miriam Target Academy primary school managed to score more than 400 marks emerging among best performers in Murang’a.

Kephus Gachichio scored 426 marks while his brother Brian Mwangi scored 410 marks. Speaking at their home in Mathioya, the twins were very elated and thanked God for their performance.

Kephus who registered an impressive 426 marks admitted that the journey wasn’t an easy one.

“It was not easy as we put in a lot of revision and group work. My brother Brian motivated me alot as I did not want him to beat me at any one time,” he stated.

He confessed that they have been friends with his twin brother from a young age but when examinations are close, competition sets in and each wants to beat the other.

“I cannot be his friend during exams as this will hinder my concentration and performance, he gives me the zeal to work even harder,” he added.

He intimated that he would like to be a pilot so as to travel the world and help his parents out of poverty.

Brian, on the other side, attributed this success to the team work and revision they conducted with his twin brother throughout their primary school years.

“It is by the grace of God. Whenever we finished our duties at home, we would do revision, and even though I expected to perform well I never envisioned being among the top students not only in the county, but nationally,” he averred.

According to the ministry of education, although the top candidate in 2020 scored 433 marks compared to the best pupil in 2019, who got 440 marks, the mean average performance and quality of grades improved greatly.

Brian would like to join Alliance High School and later become a judge. “I would like to be a judge and make sure people adhere to the law set. Impunity and corruption are on the rise and my dream as a judge is to reduce or end it all together,” he stated.

The twins’ parents were equally elated and could not hide their joy as the sons had made them proud.

“They would compete a lot and this was very challenging to handle as a mother but we kept on encouraging them,” remarked Gladys Njoki, their mother.

“I would constantly remind them that they were still siblings even when one was defeated by the other. I did this so as not to encourage bad blood between them during examinations,” she added. 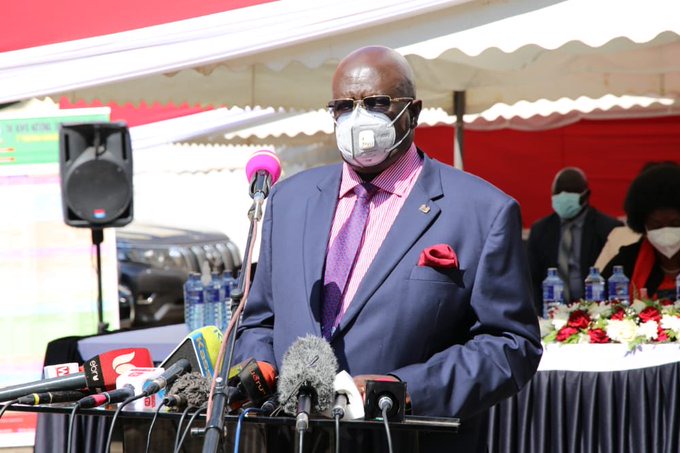 Ephantus Wambugu, their father agrees that the boys are highly disciplined and worked really hard to register such a performance.

“Despite the challenging environment they have grown up in as ours is just a humble background, we are happy they managed to be the best. We will offer the best we can to them,” said Wambugu.

“They both had selected Alliance high school as their first-choice school, I hope they both are selected to join it. We will help them,” he added.

The school’s deputy headteacher Ms Alice Njeri noted that the school produced Kephus as the first candidate in Murang’a County.

“The 2020 class was very disciplined. They also did alot group work. The teachers were also very dedicated, they have done us proud,” added Njeri.