By MusaJayraine (self media writer) | 2 months ago 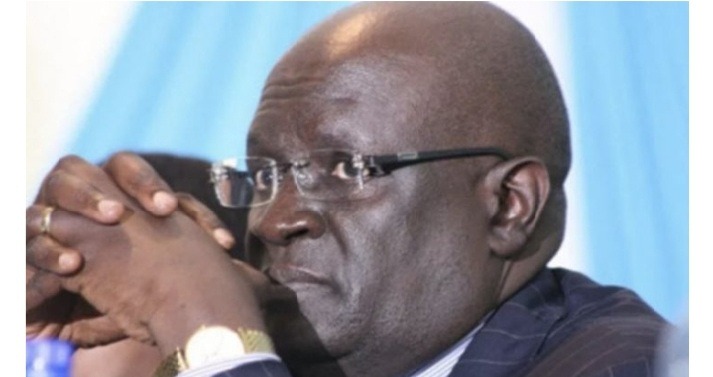 The newly rolled out Competency-Based Curriculum (CBC) has again suffered a mega blow after High Court advocate Esther Ang’awa filed a Petition in court challenging it.

Ang’awa, through Law Society of Kenya (LSK) President Nelson Havi, now wants the court to stop the government from further implementation of the CBC pending the hearing and determination of the petition staged in the court.

In the case filed , the petitioner has ordered an injunction to be issued limiting the government from further implementing the Kenya Competence-Based Curriculum.The progrom is being introduced through the basic Basic Education Curriculum Framework 2017 and Sessional Paper 1 of 2019 on Policy Framework for Reforming Education and Training for Sustainable Development.

The bitter petitioner is further seeking the case to be referred to Chief Justice Martha Koome for assignment of even judges not less than 5 to hear and determine the case.

The LSK boss in their submissions further wants the court to issue conservatory orders restraining further steps towards the implementation of the CBC in order to prevent further violation or denial of rights of children to education and rights to free and compulsory basic education.

The LSK president categorically stated that actions by Education Cabinet Secretary George Magoha, Kenya Institute of Curriculum Development, Kenya National Examination Council, and Teachers Service Commission, who are immediate respondents in the case, to introduce the new curriculum to replace the 8-4-4 system was unconstitutional and unlawful.

Ang'awa has a million questions in the manner in which the CBC Curriculum was imported from other countries without due process of the law.

According to the petitioner the newly adopted system of eduction had failed to attain the intended objectives in the countries it was adopted.

Education CS ,TSC , KICD and KNEC officials adopted CBC and rolled out an implementation strategy in the absence of all stakeholders involvement.With CBC children are forced to make career choices before acquiring knowledge. Petitioner have insisted that the program was rolled out without any professional perspective.

Ang’awa further argues that the actions by CS Magoha and Kenya Institute of Curriculum Development that intended to purport CBC system and structure of education were not done in accordance with the law adding that its rolling out and implementation was shrouded in opacity.

An affidavit by Havi indicates that the framework necessary for the change of the system and structure of basic education from 8-4-4 and adoption of the CBC Curriculum recommended by the government was not put in place.

Some parents have expressed concerns about the expense of the new curriculum which is to replace the 8-4-4 system.

Their anger is mostly due to the many books and materials they have been asked to buy for their children who recently started the first term of the 2021 academic calendar.

However, it has since emerged that teachers make avoidable mistakes that make learning expensive to parents and assignments complicated for children.

Parents are also on the spot for failing to be involved in their children’s learning by questioning teachers accused of going overboard.

Content created and supplied by: MusaJayraine (via Opera News )