By NicholusKitonyi (self media writer) | 2 months ago 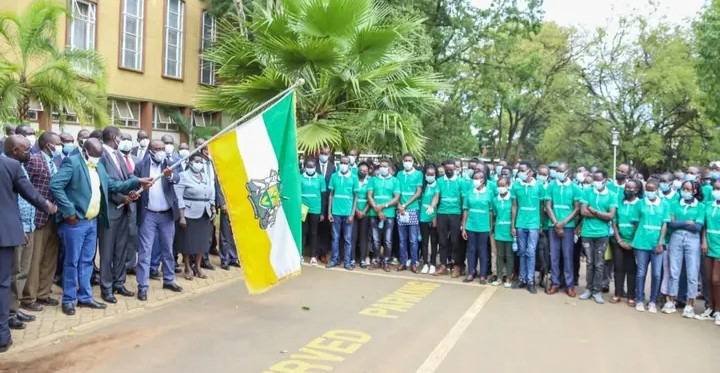 To those who have had keenly been following Senator Mandago while serving as Governor, you could at one time see him flagging off a batch of students going to Finland for studies. In the alleged deal, the students were also promised jobs in Finland country upon graduation.

In a turn of events, the current Uasin Gishu Senator Jackson Mandago is in trouble after being exposed to the secret Finland Varsities deal that saw many parents lose millions as they financed their children to go to Finland to advance their education.

According to a report by Weekly Citizen, Senator Mandago's plan to create a 'Secret Server" hosting the Finland Varsities deal exploded after unscrupulous officers based in Eldoret endlessly demanded money. In the deal whose Genesis regenerates in 2020, the government published a call asking qualified applicants to apply for studies in Finland with the promise of opportunities during and after graduation. After a successful application and shortlist, What followed was the processing of the travel requirements where each guardian/parent paid Kshs 50,000 in addition to a Kshs 12,000 registration fee. No receipt was however issued on payment of the Money.

With an occasional assurance by sen Mandago that the deal was lawful, what proceed was the creation of an account dumped "Uasin Gishu Overseas Education Account" where parents paid money to cater for their children's accommodations, air ticket costs, etc. The account was however put under the care of only 4 individuals who worked within the Uasin Gishu County government namely; Joel Ruto, Joshua Lelei, Joseph Maritim, and Meshack Rono.

What started as good news to parents, turned out to be a financial hemorrhage and regretful lamentations by parents after their children landed in Finland. The contributed money in Uasin Gishu Overseas Education Account is said to have mysteriously vanished leaving students in anguish abroad. More than Kshs 650 million which accumulated in the aforementioned account disappeared with even some students who had been selected having not even left Kenya for Finland. 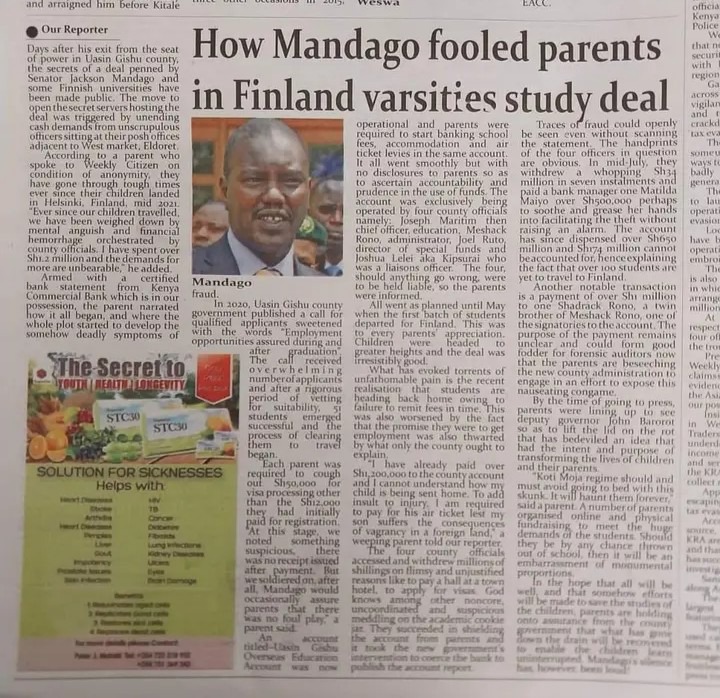