By Stella (self meida writer) | 1 months 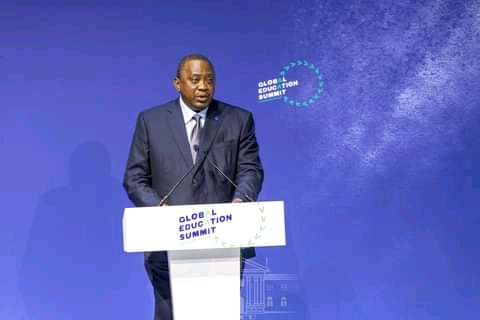 President Kenyatta urged world leaders on Thursday to continue investing in education by enacting supportive policies and increasing domestic resource allocation to the sector. Simultaneously, the President emphasized the importance of embracing digital technology and realizing its full potential in education.

“I envision a world in which every child has access to digital technology as a tool to learn as much as they want and to experience the world from the comfort of their classroom or home." President Uhuru Kenyatta said.

“That is why, one of my main messages throughout this campaign has been the advancement of Edtech through scaling up investments and effort toward digitizing learning,” President Kenyatta added.

The President spoke at the conclusion of the two-day Global Education Summit (GES) in London, which he co-hosted with British Prime Minister Boris Johnson. Several world leaders, including four African heads of state and government, attended the summit both physically and virtually. The President stated that Kenya is proud to lead global efforts to provide the resources required to ensure that millions of children around the world have access to quality education.

“Kenya has endorsed the 2021 Call to Action on Domestic Financing and put its recommendations into action by allocating 26 percent of our national budget to education. We encourage all other countries to do the same, while focusing on the principles of volume, equity, and efficiency,” said the President.

He praised the countries that responded to the call to support the Global Partnership for Education (GPE) and expressed confidence that the fundraiser would reach the USD 5 billion target by 2025.

“Today, we not only raise our hands in support of education; we also walk with our heads held high, confident that we will meet our target of raising USD 5 billion for education by 2025,” said President Kenyatta.

According to the Kenyan, the resources raised through GPE will provide the catalytic support required to enroll more than 175 million boys and girls in school and enrol 88 million others, including 46 million girls.

Furthermore, the President stated that GPE will help protect two million girls from child marriages and fulfill the promise of education as an important vehicle for socioeconomic development. He thanked GPE, which is led by former Australian Prime Minister Julia Gillard, for anchoring the initiative, the ultimate goal of which is to strengthen education systems and improve educational outcomes for all children worldwide.

“The GPE role remains critical as we work to rebuild and strengthen education systems around the world, re-imagine education, build on lessons learned from the Covid-19 pandemic, strengthen the quality of our education systems, and strive for inclusiveness in access to education,” the President said. 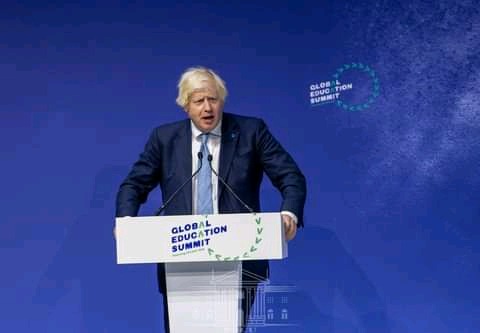 In his speech, Prime Minister Johnson stated that education is the panacea for the world's problems.

“By educating young people, you help to put an end to everything that ignorance and prejudice contribute to. So you deal with terrorism, war, extremism, and you also assist people in dealing with climate change. As a result, we are pleased with this GPE's accomplishment,” said the UK Prime Minister.

The Prime Minister announced that the UK Government will donate 430 million Sterling Pounds to GPE's "Raise Your Hand" campaign, which aims to raise USD 5 billion by 2025. 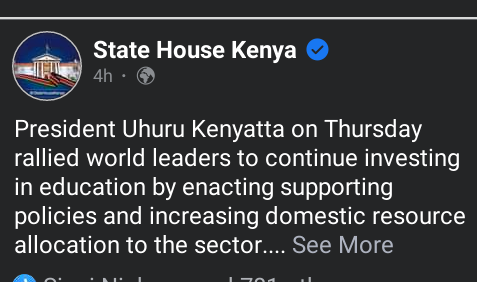 RIP: Cute Photo Of The Little Children Who Were Allegedly Killed By Their Doctor Father