Mother of Pupils Tied to a Tree Finally Speaks, Reveals Her Kids Were Tied Since She Had Not Paid Fees

By Mwananchi_Informer (self media writer) | 11 months ago 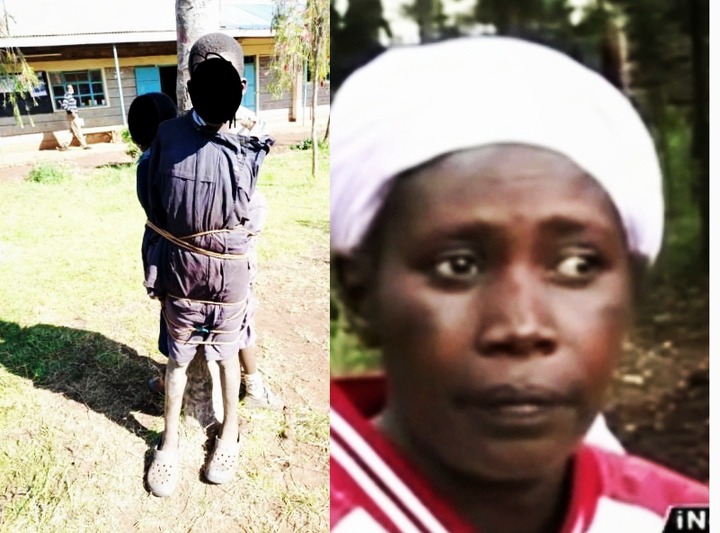 The photo of pupils tied on a tree has been making rounds on internet and media platforms eliciting emotions of anger among Kenyans who argue that it was a mistake for the teachers to tie the kids on a tree as a disciplinary measure.

However, the Education Ministry together with the Ministry of Interior have intervened into the incident after they sent their teams to the school.

More details surrounding the incident that took place at Thiru Primary School which is in Laikipia West have emerged.

TSC, DCI and Children Protection Unit responded to the incident and visited the school and an investigation has been launched citing that if any teacher involved in punishing the three pupils will be found guilty, will face the law.

Nyahururu Deputy Commissioner Moses Muroki while speaking at Thiru Primary School revealed that the incident occurred on 20th August this year. The school head teacher identified as Shelmith Thimba together with her deputy identified as David Maina are however in hot soup following the incident. Claims says that the deputy head teacher tied the three pupils before taking a photo using his mobile phone device and then shared the photos to a Whatsapp group belonging to the school staff members. The picture begun trending after one member of the said WhatsApp group shared it on social media where it caught the attention of many Kenyans.

Lucy Njoki reveals that the children were being punished for being absent from school since she had not paid PTA fees. Njoki cites that her children did not deserve that punishment since she didn't have money to pay the amount the school was demanding, a thing that forced her children to remain at home. 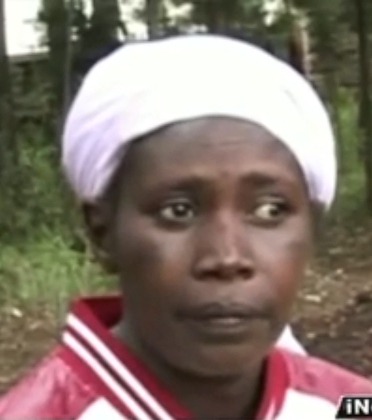 TSC has declared that it will go through the discipline process and any teacher found culpable will face the disciplinary action.