By CrimeBuster (self media writer) | 7 days ago

Police Officers in Kirinyaga are investigating an incident where a student waiting to join Form one allegedly killed himself. 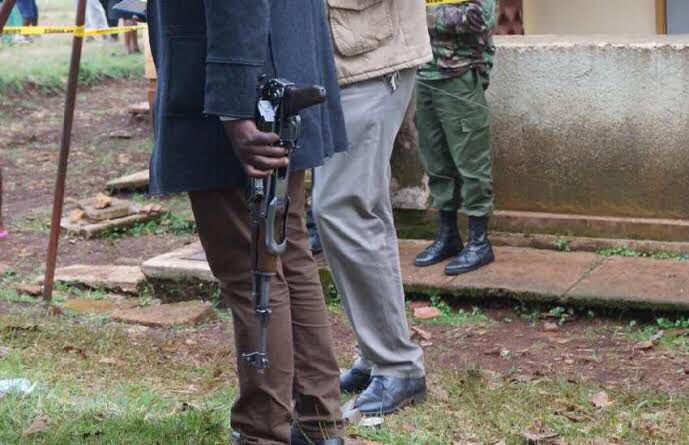 In a news report that has been shared by a reliable source of information, it has been revealed that the deceased was found dead in his room, cause of death yet to be revealed by the police.

According to the reports given by family of the deceased, it has been revealed that the boy did his KCPE in 2022, had been called to one of the schools before his death.

He was just okay, i had also paid for his school fees before the untimely incident occurred. When I went to town he even gave me a list of some of the things that he wanted me to get for him. I was on my way, received a call and I immediately returned back home ~Father of the deceased.

The family of the deceased has also revealed that he, the boy never told them anything to show that he was Contemplating suicide. Investigations have begun on what caused his actions. 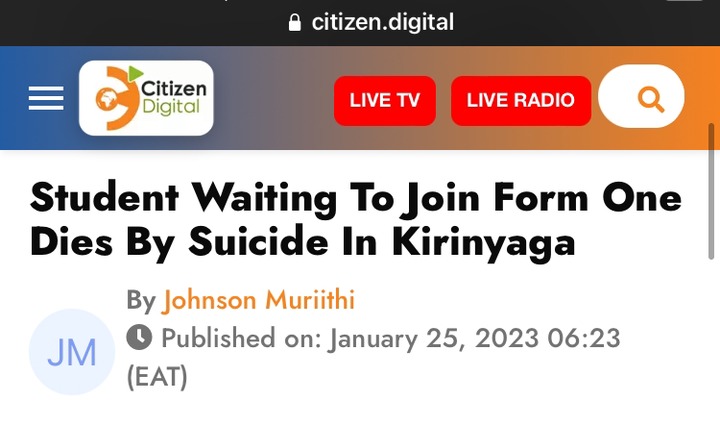