By @DAVEWERE (self media writer) | 11 months ago 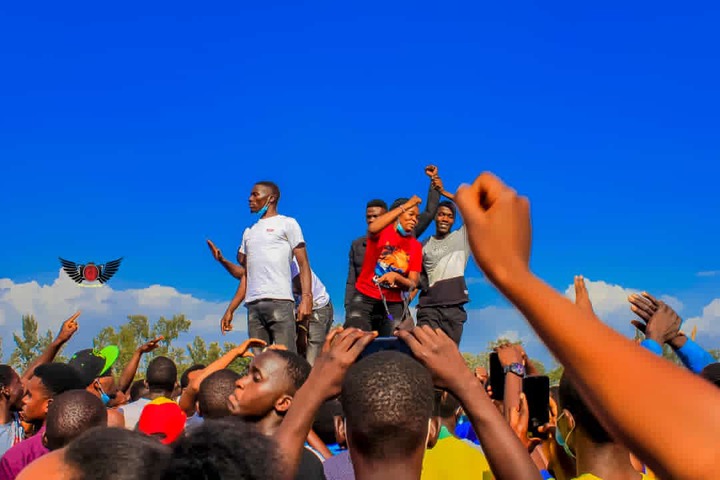 The Independent Electoral and Boundaries Commission (IEBC) is now set to conduct the election of the Kisumu National Polytechnic which was cancelled amid chaos couple of weeks ago.

Kisumu National Polytechnic Students Association (KINAPOSA) was supposed to have an election to elect the student leaders on 25th June 2021 however all the hell broke loose after the county health officials intervened and raised concern about the campaigns which were not following the Ministry of Health Covid19 guidelines.

On the Election Day a memo from the principal Madam Katherine Kelonye became the first sock to the students as it stated that election had been cancelled until further notice. Tension among students could easily be seen based on how they were now gathering in small groups and chanting slogans. 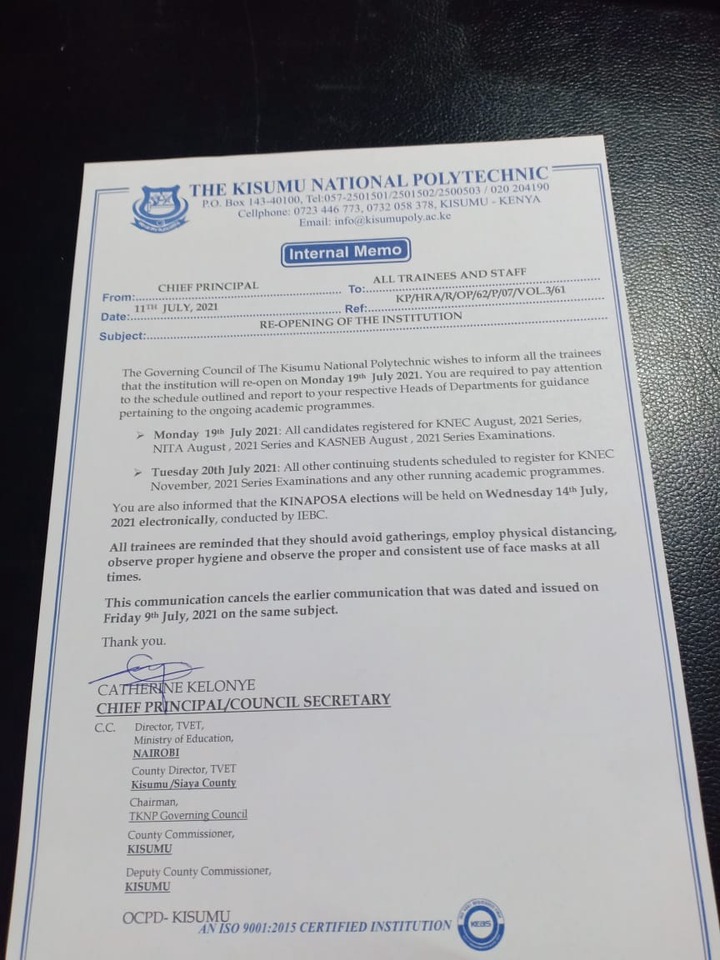 At around noon, all the top contenders for the position of Chair were called by the administration and were advised to calm down the situation by talking down their supporters. Mr. Sylvester Koyoo who is one of the top contenders in the position of Chairman then seized the moment and brought back the order by calming down thousands of his supporters just right in front of the administration block.

By afternoon the same day, another group of rowdy students were seen gathering again and demanding for election. This forced the institution to call for the help of the police who had to use a little force to disperse the students and bring back order.

A decision was then reached to close the school for two weeks until a way forward has been forged. On July 6, 2021 all the aspirants were called in a meeting by the Kisumu Polytechnic Administration and were informed that election will be performed once the school resumes however IEBC will be given the mandate to conduct the election. 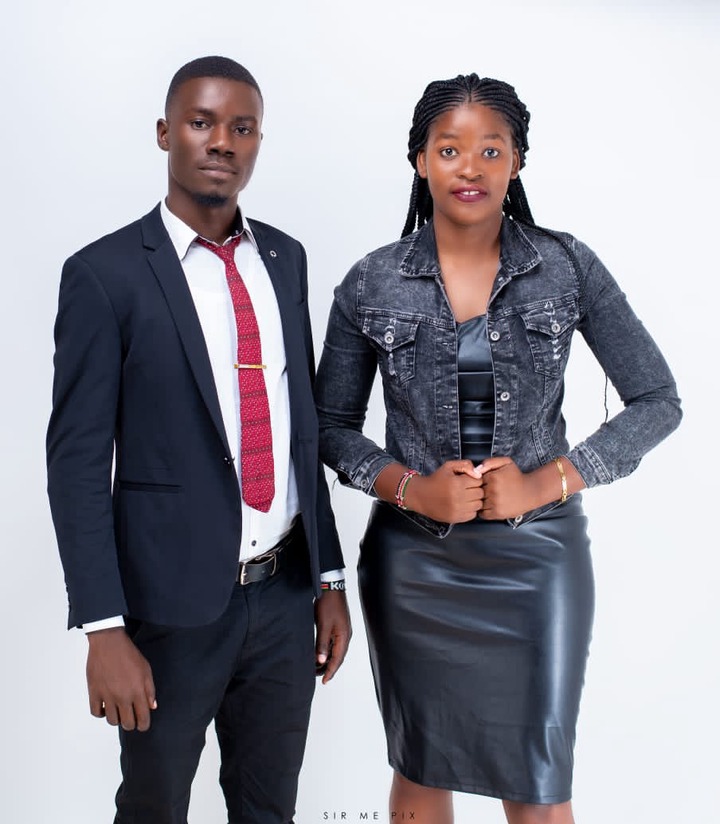 Due to the Ministry of Health guidelines on Covid19 pandemic, the IEBC plans to do the elections through online voting. In a memo date July 11, 2021 the Kisumu National Polytechnic Administration finally set the date for the KINAPOSA election on 14th July 2021. Perhaps it will be the first time IEBC will be involved in conducting a TVET students’ election.

"Freedom Is Coming" Ruto Promises Teachers New Allowance as He Comits To Pay For TPD if He Wins.