Salary And Other Benefits Of TSC Chairman Jamleck Muturi

By @yokeabu (self media writer) | 1 year ago 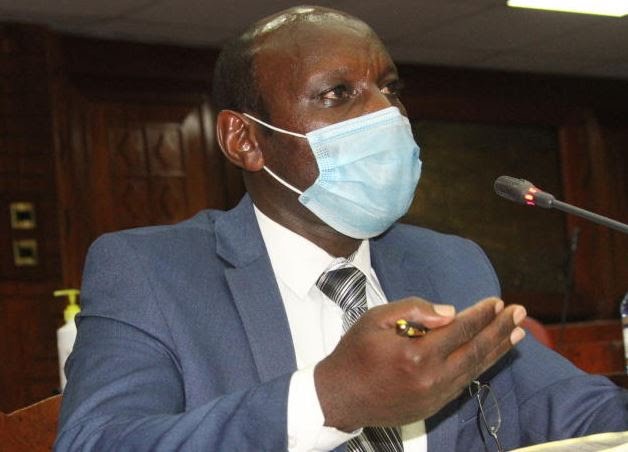 The giant Teachers Service Commission that is in charge of teachers affairs has been without a substantive Chairman for over four months now.

However, the long wait is now over as the president on Friday appointed Dr Jamleck Muturi as the chairman of the commission following approval by parliament.

In a gazette notice no 4012 dated April 30 president Kenyatta also appointed Timon Oyucho as a member of the commission.

The president said in the gazette notice that he was exercising powers conferred to him by article 250(2) of the Constitution of Kenya and section 8 (10) of teachers Service Commission act 2012.

Dr Muturi emerged top during the interviews by the selection panel which was set up by the president whereby he led with a score of 85% while his closest challenger Samuel Gitonga only managed 68.8%

His name was then forwarded to the president who in turn sent it to parliament for vetting by the members of parliament.

He will be taking over from Dr Lydia Nzomo who retired in December last year having served for a six-year non-renewable term.

The new Chairman has his in-tray full with the teachers' CBA negotiations set to be one of the main agenda this year.

Now that Dr Muturi will be handling this most sensitive matter of teachers' salary, how will he himself be earning? Below are the benefits entitled to a chairman TSC.

According to a gazette notice no 6519 of 2017 buy salaries and remuneration Commission, a chairman of a permanent independent Commission is entitled to a consolidated salary of ksh 765 188 per month.

*Annual medical cover for self, spouse, four children Below 25 years who are fully dependent on the officer. 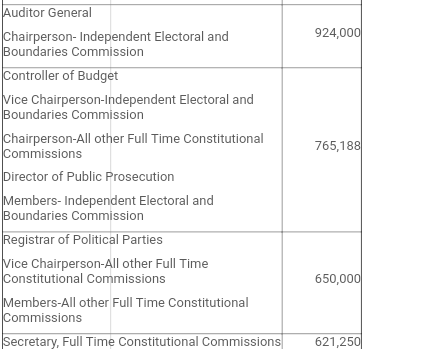 *Other exclusive benefits include car loan and mortgage, provision of official transport, airtime allowance of ksh 15000 per month, daily subsistence allowance and Security as directed by the inspector of Police.

What do you think the new TSC boss should do as a matter of agency? Feel free to share your thoughts and comments on this on our comments platform.

Good News to All P1Teachers who got C (plus) in KCSE As TSC Assured them the Following on this date.

Meeting Between Uhuru, Kalonzo, and Raila in Mombasa Revealed As Fresh Details Emerge