Parents have regretted the loss of set books when schools dropped them four months after the KICD introduced them. A father told Kenyans.co.ke on May 23 that despite purchasing new set books for his form 3 kid, the alterations would not be made. In March, while schools were out for extended vacations, his daughter's school sent him a list of new set books per KICD instruction. After buying most of them, he was surprised to learn that form 3 pupils still used the old set books.

KICD told Kenyans.co.ke that their statement was explicit about which class will study the new set books and how long they would continue. If you followed prescribed books, the Ministry of Education issued new ones. Once a new set book is issued, it is utilized by a certain class. That's meant to last five years. "The announcement clarified who should utilize new set books. When the Ministry of Education announced it, they named the class," the person said. 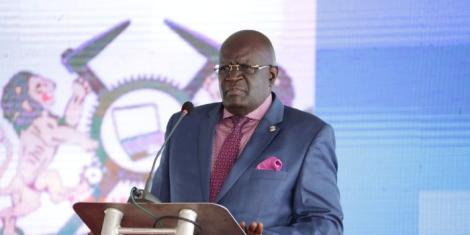 A January KICD announcement revealed that not all new books will be implemented during the current school year. The Samaritan will replace A Doll's House in 2023. Father of Nations will replace Blossoms of the Savannah. A Parliament of Owls will replace Inheritance in 2023, as will the Swahili riwaya Nguu za Jadi. All other set books have been adopted and will be tested through 2026. They include Kazuo Ishiguro's The Floating World. Replaces Jon Steinbeck's The Pearly. The second possible book is Godwin Sundu's A quiet Song and Other Stories. This replaces Chris Wanjala's Memories We Lost.

Others include Dr. Timothy Moriasi's Bembea, which replaces Pauline Kea Kyovi's Kigogo in Tamthilia. KICD accepted Mapambazuko ya Machweo na Hadithi Nyingine for short tales. "The beginning and lapsing year mean that the given year's form three class is the first and last to study the book," KICD said.

Content created and supplied by: Timo1 (via Opera News )