By Faithfaithy (self media writer) | 3 months ago 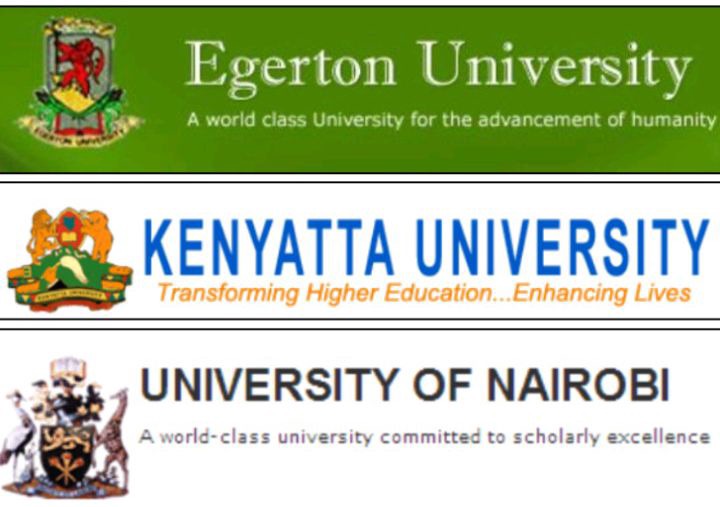 Most Kenyan scholars prefer institutions that are at the top of the global and national ranking lists. Hence, this creates a competitive environment whereby schools at the top in a particular year is not guaranteed the same position in future. Here are the top institutions ranking in Kenya;

U.o.N is the top university in Kenya. It trains most of Kenya’s workforce and is among East Africa’s best higher learning institutions. U.o.N ranks higher among public universities in Kenya, and it offers about 900 courses.

The school has over 90,000 students, over 2,000 academic staff with PhDs, more than 400 professors, and 5,000 administrative and technical staff. How many campuses does the University of Nairobi have? It has six colleges located throughout the city on seven separate campuses.

K.U is among the biggest universities in Kenya and a leading public research institute. It received full university status in 1985, and it has 13 campuses across the country. K.U has over 70,000 students and about 1,500 academic staff.

This school, U.o.N, and Moi University have the highest student population because they have many colleges and are among the oldest academic institutes in Kenya.

Strathmore is one of the best private universities in Kenya. Established in 1961, SU has been a top provider of all-rounded education in various disciplines of knowledge. Strathmore University uses a triple-helix research cooperation model that helps students engage in research projects become competitive globally.

It is one of the best universities in Kenya to pursue business courses because it has a successful accounting program.

U.S.I.U-A is governed by a board of trustees comprising seven Americans and four top local chief executives. The board consists of seven Americans, two Ghanaians, and four Kenyans.

The school was initially formed to offer Business Administration, Psychology, and International Relations degree programs but has added more programs. U.S.I.U has over 7,000 students.

The school plays an active role in developing technology and agriculture in the country. JKUAT’s campuses and centres are evenly spread across the country. constitutes a student population of 29,500 and 2,600 staff. The campus is situated in Juja, northeast of Nairobi, along the Nairobi-Thika Super Highway.

M.K.U is East and Central Africa’s largest private university and one of the few institutes that offer students an opportunity to complete their degree programs faster. In addition, students get exceptions for their previous studies in academic courses approved by the senate.

The school initially offered a two-year Licentiate/MA program in Theology. Today, it has expanded into a centre of excellence in teaching, research, and learning for more courses.

TUK closes the list of top ten universities in Kenya and is also one of the oldest public technical institutes in the country. It was established in 1961 in Nairobi city as a TVET. However, the government promoted it into a university in 2012.

M.U.T became one of Kenya’s thirty-one (31) chartered public institutes. It has about 10,000 students and 300 administrative staff. The campus is located on east of Murang’a Town.

ANU’s main campus is situated in the middle of the Masaai savannah, near Ongata Rongai. The school is owned by the Church of the Nazarene International, which follows the Wesleyan Holiness Tradition.The campus has branches in Meru,Machakos and Magadi

UEAB is an accredited private Christian institution located in Baraton in Nairobi and Eldoret, Kenya. University of Eastern Africa, Baraton is a co-educational Seventh-day Adventist institute.

UEAB is one of the best institutions for learning biological, agricultural, theology, and religious studies.

The school is owned by the Methodist Church and has campuses in Meru, Nairobi, Nakuru, and Mombasa. It had over 7,000 students by 2017. KeMu corresponds to the educational needs of Kenyans and is the answer to the most demanding areas of the labour force. It has been at the forefront of transforming society by offering high-quality education.

UoEm is around 12 years old. It was established in 1947 as an agricultural training school for pre-service training at certificate level but received a charter in 2011 as a non-profit public institute.

The school’s estimated is over 7,000 students, and it has around 400 highly qualified staff. Its teaching concept goes beyond the classroom and syllabus-based learning, thus stimulating and motivating a self-development and life-long education system.

SPU is another Christian higher-learning institution formed in 1903 through a partnership of the four churches .The main campus is in Limuru. It also has campuses in Nairobi, Machakos and Nakuru.

This public institute was established on 27th September 2004 in Tharaka Nithi County, along the Nairobi-Meru highway.

The Egerton University Senate elected chaired a technical committee to oversee its establishment. Besides the main campus in Chuka, it has three more branches in Embu, Igembe (Maua), Chogoria & Tharaka (Gatunga)

Daystar was initially a non-profit organization offering a five-week International Institute for Christian Communication course. It is a Christ-centered, non-denominational institution and one of Kenya’s most expensive private universities in Kenya.

The Nairobi Campus is at Valley Road and Ngong Road. Before building the Athi River campus, the Valley Road branch was the original main campus.The new campus is surrounded by beautiful landscapes and has room for expansion.

MMU’s main campus is located on the south of Nairobi along Magadi road. The main campus has about 3,610 students, while the Nairobi CBD campus at Uniafric House-Loita Street, 4th Floor, has about 100 students under certificate.

Content created and supplied by: Faithfaithy (via Opera News )