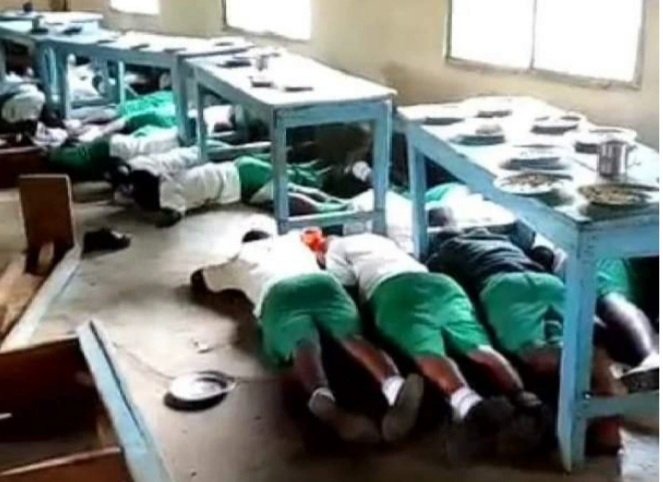 The principal St. Benedict Arror Girls secondary school is expected to face disciplinary action over her action of sharing an online clip of her students taking cover under dining tables after banditry attack rocked the area.

Speaking to the media, Security officers from the area have condemned the action saying that they were not amused by the video but instead castigated Principal Lucy Akumu accusing her of being an alarmist and irresponsible person.

Adding weight to their accusations, Marakwet West Deputy County Commissioner Mathias Chishiambo said that the video was improper and investigation was underway to institute disciplinary action on the individual who recorded it. 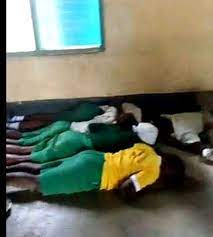 “The video was stage managed to portray the government as defeated by the banditry menace. The attacks were not anyway near the school compound but more than a kilometre away. If the attack was indeed in the school none would even dare stand. No spend cartridge was recovered in the school. What was heard was just gunshots,” Mr Chishiambo said.

In the shocking video, students of St Benedict Arror Girls are seen lying flat on the floor under the tables while in the dining as the sound of gunfire can be heard.

The female recorder who was later identified as the school principal is heard calling for help as she described the attack.

“It has never been like this, students are scared and even me while taking this video I am scared. Something has to happen to put this situation to an end. I am appealing to whoever is watching t is video to kindly do something and help the students of Arror recover from the trauma. We are scared,” a female voice is heard saying in the video.

Some Representatives Kicked Out of Bomas after Causing Chaos Over Unknown Electronic.

Suspicious Laptop Causes Chaos Between Party Agents At The Bomas Of Kenya.