Six Most Dangerous Countries to Go to School

By nesterbob (self meida writer) | 10 days 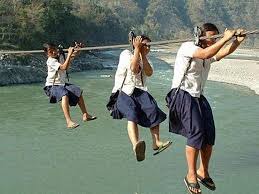 Education is key for the future of every child and the nation. Apparently, that’s not the case in some countries. While other countries strive to make it safe for children to go to school other countries education system has left teachers and students in dangerous conditions.

Schooling in South Sudan is a death sentence as the military uses schools a for un told purposes. The UN reported 22 schools were burnt down in the country.

This country has had a series of civil war that has left schools shut down for months, although the country reopened some schools over 100,000 students never reported back. Parents live in fear as rebels kidnap young girls and recruit young boys.

Jihadism in Mali is rampant than any where else in Africa, Mali has experienced many bombing with the jihadist targeting school and gatherings. the jihadists are against western style education and anyone who embraces it.

A series of nuclear attacks has made Afghanistan school shut down indefinitely. The missiles are shot irrespective of the location, the Taliban has destroyed over 50 schools and over 3000 children were killed according to UN reports.

Armed rebels use schools in central Africa as a hideout and a barrack. This has force d children to flee schools and any teacher found is killed.

Armed securities forces have locked horns with the military for decades now in Congo. The mineral deposit in Congo has made children be submitted to child labor in mines. The attacks in Congo alone has affected 396 schools as of 2017.

You think going to school sucks now try those countries, thank your star dear children. If you have an extra country where its way dangerous to go to school drop in the comments below.

Content created and supplied by: nesterbob (via Opera News )