A police officer identified as Kevin Sila is currently cooling his heels in a police cell after being arrested following an incident where he reportedly attacked and robbed two Machakos University students.

According to reports, the two students were heading to their rented residential areas on bicycles last night before the rogue cop accosted them at gun point. Reports indicate that the officer was in company of another man identified as David Muringu who was also arrested alongside him during the ambush. 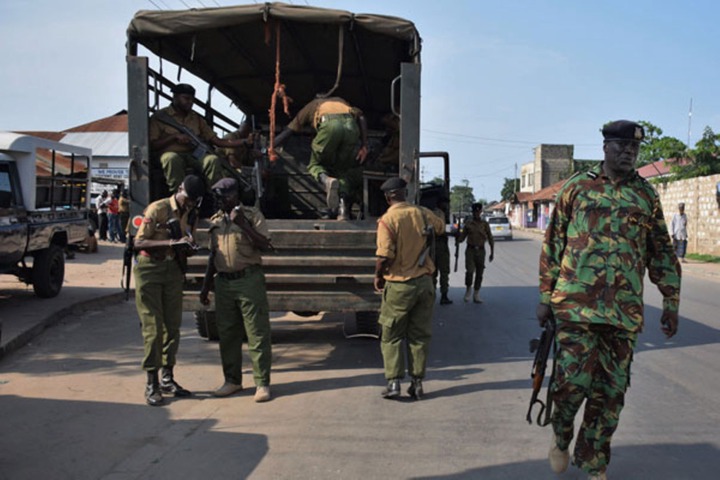 In a statement issued by the Directorate of Criminal Investigations (DCI), the two were riding on a motorbike whose registration number is KMTE 363W. They reportedly flagged down the students in the wee hours of the morning before descending on one of them with resounding slaps.

The other student zoomed off quickly while screaming calling for help from neighbors who were also students from the same university. The screams reached them and responded quickly to save their fellows from the wrath of the cop and his accomplice.

Before they could escape after robbing a mobile phone from the students, police officers from Machakos police station who had already arrived in quick response to the incident handcuffed the cop and the accomplice and took them to the police station ahead of their arraignment. 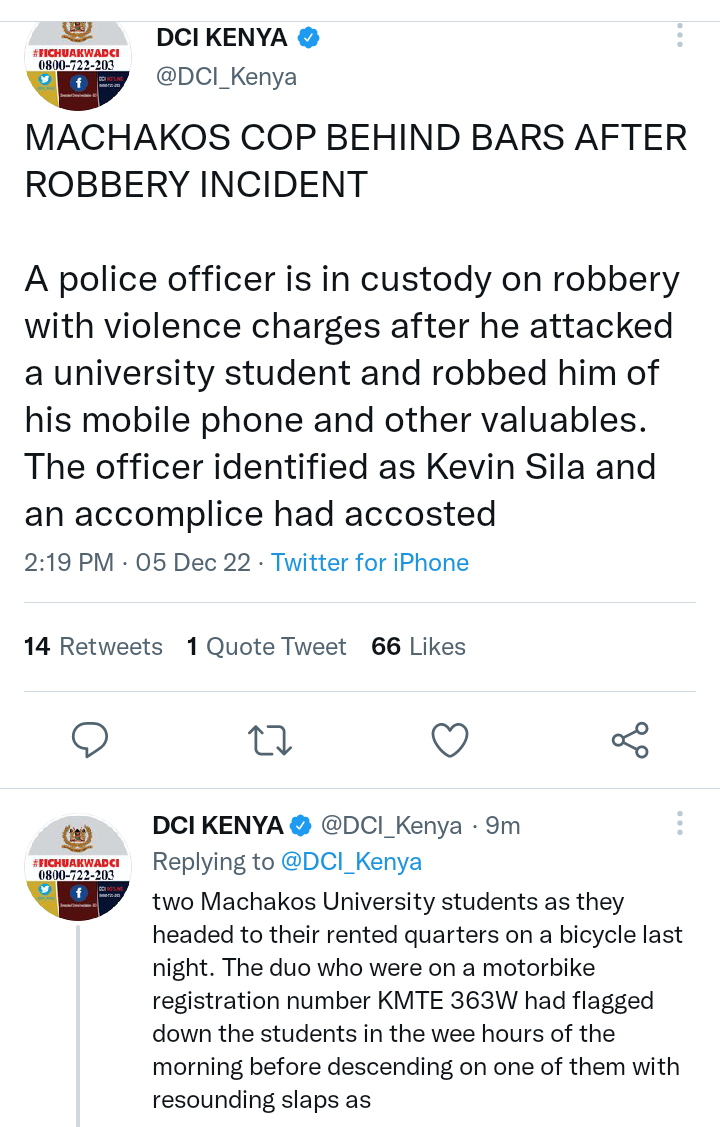 Content created and supplied by: Brian77 (via Opera News )