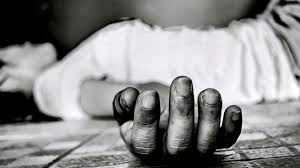 The Education Cabinet Secretary announced the primary final exam results on, Thursday where he added that all candidates will get their results regardless of the exam irregularities by other candidates. However, a candidate did not get his results and attempted suicide.

The boy said his name was missing and therefore made efforts to try and take his life by ingesting a pesticide used to spray cowpeas. The devastated grandmother found him unconscious and took quick actions to save his life.

She sorted help from a few neighbors and took the boy to the hospital, where he was given antidotes to reverse the effect. She said that the boy was very traumatized when he found his name missing. He had woken up on Friday morning to do, his chores but later on, his brother came, home running saying he was wiggling in pain on the ground.

The grandmother narrated that the troubles started when he was unable to set for his Maths, English, and Composition paper since he was not a registered candidate. The following day he was allowed to it for the exams following an uproar by members of the community. When the exams were released on, Thursday his name was missing.

The Teacher Service Commission has taken disciplinary measures against the school headteacher for failing to register the student.

Content created and supplied by: wanjagrace59 (via Opera News )

"Thank You, Papa" Zari's Words To Diamond Platnumz, After He Did This To Tiffah And Nillan (Video)