Are CS professor Magoha and Dr. Matiangi pushing for reintroduction of caning at school? 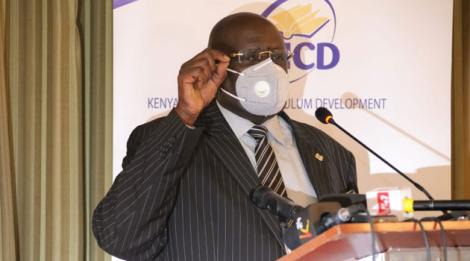 During a press conference on Monday, December 6, the two CSs stated that only the reintroduction of physical punishment will be able to control the country's rising incidences of indiscipline and school discontent."Caning should be reinstated in classrooms, as it was yesterday... Do not expect our lecturers to perform miracles "Magoha remarked.

CS Matiang'i expressed similar thoughts, stating emphatically that the government has had enough of school indiscipline cases."We must discipline our children and insist on certain things; else, we will end up with a society of beasts. So, as they burn down schools, our job is to rebuild them? It's difficult love, and our children must understand that getting these things requires sacrifice on the part of their parents "Matiang'i took notice.

Matiang'i used the holy bible to make a point about human rights activists who oppose corporal punishment."I am not a believer in child human rights because the Bible says spare the rod and spoil the child," Matiang'i added. "I want us to start talking about how we will discipline our children."

Magoha went on to criticize the pupils, claiming that some of them wish to harm their instructors and other educational stakeholders."Which human rights are those when you want to burn your coworkers in the halls, and that will lead to discussions about whether we still need boarding schools in the country?" Magoha wondered.

The decision to reinstate corporal punishment comes just days after the fire at Maranda High School on Sunday, December 5.Students from the same school had been expelled just a week before when school officials learned of their plan to burn down one of the dormitories.Meanwhile, 11 students at Chesamisi High School have been sentenced to a Ksh1 million bail term for torching the school.

The worth of the school property destroyed was Ksh7.5 million, prompting the court to remand them in custody until December 20, when their case would be heard. 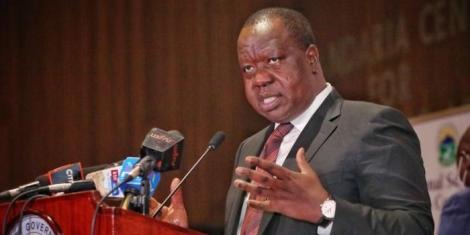 False Teachings That You Should Never Accept As A Christian

Super Tuesday (12) Top Predictions with Both Teams To Score Picks To Bank on For Smart Cash.

"You Will Face God’s Wrath At The Ballot" Wanjigi Tells Uhuru And Raila After His Office Was Raided.