A Primary School Boy From Kisumu has raised concerns after He Carried a brand new 'Panga' to school on a normal school day with intentions of attacking His friend whom they had differences with, without settling their differences in a more reasonable manner from the School administration.

The Boy identified as Kennedy Ouma carried the Weapon and managed to pass through the Main gate to the school Compound without the Security Men Noticing the Crude weapon that was placed inside the pants all along without the consent of any adult within the school environment.

Videos originating from the school showed the young Man together with His friend whom they beefed up with in the Office of their Disciplinary master who had called the Boy to question Him on His Alleged Intentions with the weapon especially within the school.

Upon more questioning, the Class five Boy revealed that He had been wronged by His friend who did not apologize for the mistakes and therfore He decided to take action on His hands and defend Himself since He did not like the way He was treated.

"I am called Kennedy Ouma, and I am in class five. I decided to carry the weapon to settle my differences with my friend after an earlier disagreement." He stated.

The teacher who was very professional on the tactics that He used to lure the Boy into surrendering the Weapon managed to have the Boy take out the Panga which was placed on the left side of His body near the Pockets. It then protruded down towards the legs but still covered by the long and baggy short that He was wearing. 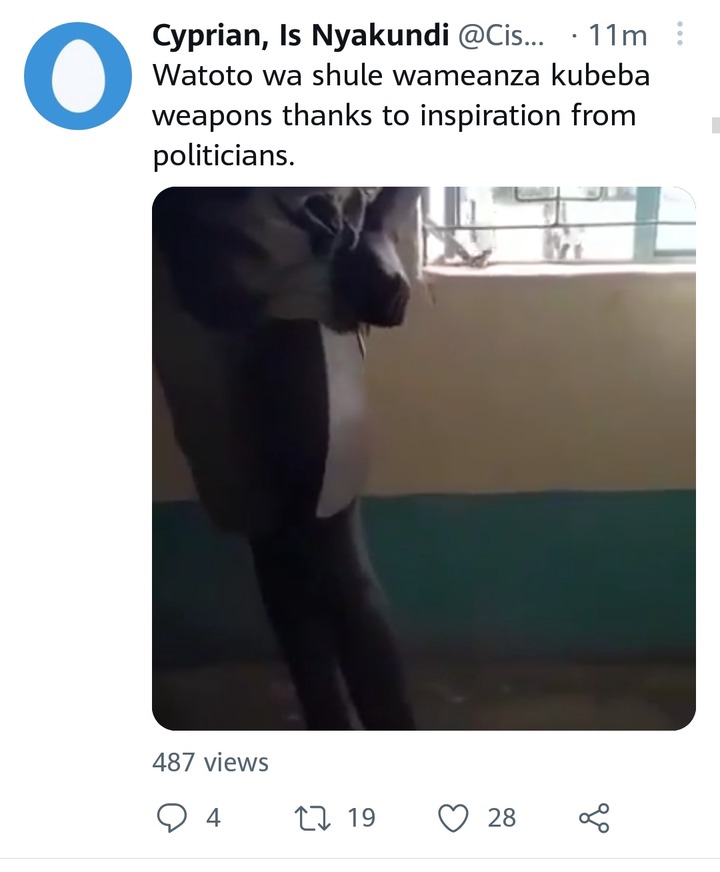 He However cautioned Him to remove it slowly because it may end up cutting Himself. The weapon which had a black handle was very sharp and brand new and even appeared that it was just bought from the shop directly. The teacher started swinging it from left to right to demonstrate His explanation and for easy capture by the phone Camera which was recording.

Although the real name of the school has not been identified, a close view of the Comments from Kenyans who came in in large numbers to weigh on the same revealed that they were of the opinion that it's totally unacceptable and the Boy should held accountable for attempted assault and spreading fear in school.

Here are also comments from Kenyans. 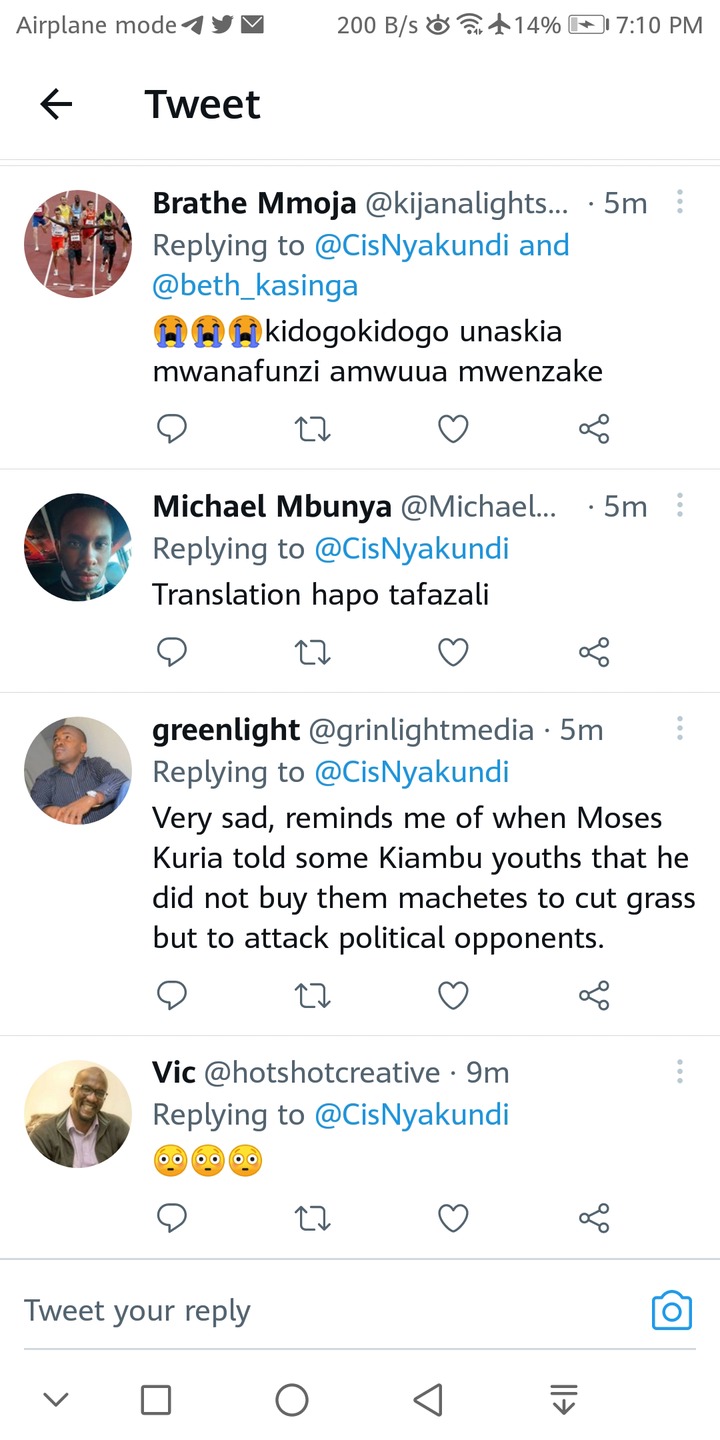 If Automatic Car Brakes Fail Do Not Panic, Do The Following