From a Humble Beginning, Samuel Tsimbwela has Risen to be a Household Name in the Society

By HeraldKing (self meida writer) | 28 days 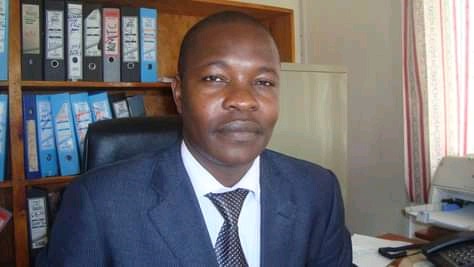 Mr Samuel Tsimbwela is an Accountant working with a Non Governmental Organisation.

Mr Samuel Tsimbwela, 40, is a person of influence and inspiration in Kakamega and beyond, having friends both locally and internationally. Mr Tsimbwela is currently working with a Non Governmental Organisation in South Sudan.

He has touched lives of both the young and elderly through education and other development projects and he continues to do more to the community.

A good number of learners from poor backgrounds have secured scholarships through his individual initiatives.

He is the originator and vision bearer of the establishment of Mang’uliro Secondary school in Malava constituency.

To sustain the school operations at its initial stage, he mobilized available resources for payment of teachers' salaries and other expenses. From then, the committee applied for registration from the Ministry of Education. 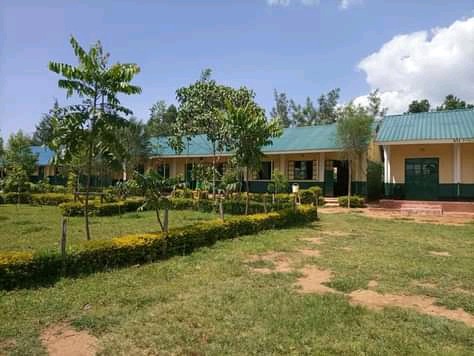 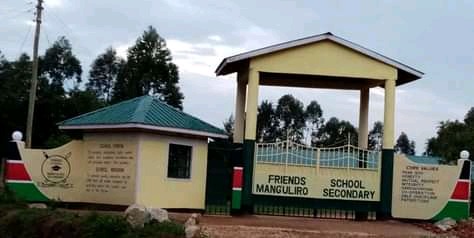 He would later spearhead the building of a multipurpose and dining hall in the school with the help of friends from New York, USA.

In efforts to boost the standard of education, Mr Tsimbwela persuaded the group to start a motivation programme for KCPE candidates at Mang'uliro Primary School.

The initiative targets candidates who attain 270 marks and above in the national examinations. Since 2018, 28 learners are on full secondary school program.

“We have also assisted orphaned students from afar areas leave alone holding harambees and other financial assistance to the needy in the society.” he said.

The group built special latrines and also renovated classrooms in the school.

Another milestone achievement of Samuel is in Boda Boda sector with majority members being the youth.

Towards the end of last year, Tsimbwela brought together over 100 youth in the motorbike sector from his home turf under East Kabras Boda Boda Sacco with a target of developing a saving and good borrowing culture.

He is the initiator of the dream and group's mentor. 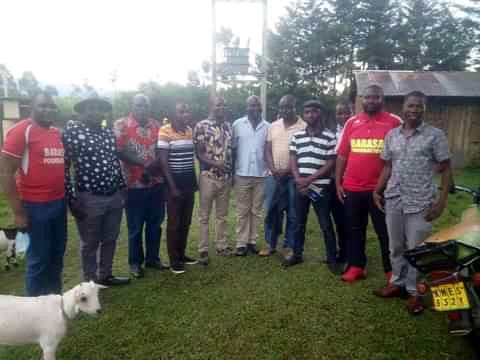 The self-declared 'Famous Engineer' was approached by a group of youth last year seeking advice on what would be best project for them with the little cash they had raised. He couldn't think of any other idea except forming a Savings and Credit Co-Operative Society (Sacco).

“The sacco is there to help members and others to borrow at affordable interest rates. We realized that our youth are incurring a lot when purchasing bikes on credit. They end up paying twice as much as the initial purchase price. The sacco will grow and offer other products,” he said.

The Sacco was officially launched on June 12 this year with 176,000 shillings being raised to boost members' contributions.

Mr Tsimbwera and friends handed to the group motorbikes worth 243,000 shillings in addition to issuing cattle, goats and sheep.

The other key agenda on radar is to help ‘Mama Mbogas’ come together into formal groups to increase their financial muscles.

“We are working on a Sacco for women who sell items on the market in Kambi Mwanza, Malava and Butali. Mostly like it will be registered as Malava Mama Mboga Sacco targeting those who sell potatoes, bananas, vegetabals, fish among products. It will be an advantage to them because they are borrowing from shylocks at high interest rates.” he said.

On October 4, 1980, Mr Aggrey Mashiya Indongole and Mary Iswa Tsimbwela of the then Kabras Division, Kakamega District, gave birth to a bouncing baby boy who would later be named Samuel Tsimbwela.

The boy would later spend his life in the care of his mother and maternal grandparents - Mr Ismael Tsimbwela Ndalu and Mama Amina Khandasi.

From our conversation, the now middle-aged man revealed that he did not receive a fatherly love from his dad as his parents lived separately. The closer he was with his biological father was meeting him at the famous local market, Kambi Mwanza. 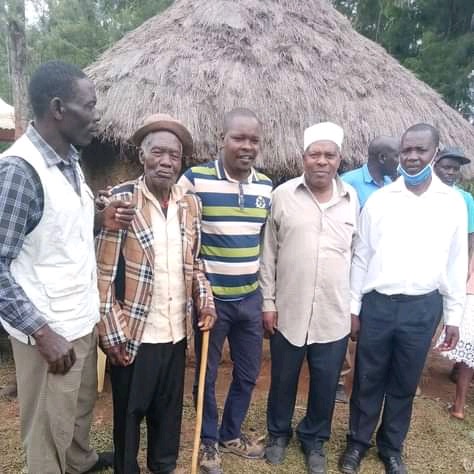 Mr Tsimbwela with some of his family members.

“I never grew up in the care of my dad. I used to meet with him at Kambi Mwanza. My grandfather Indongole used to visit me. My granny, Paulina too,” he said between pauses and laughters.

Under the care of his mother and grandparents, Tsimbwela's life would move from bad to worse after the death of his grandfather while he was only 13. At that time Samuel was in class 7 at Kakunga Primary. It was a double tragedy four years later when he lost his mother while in Form 1 at St Anthony Kakoyi.

The boy, whose future was bright, appeared doomed at that crucial stage heading to Form 4. However, his granny stood stronger to offer him all the necessary support.

Despite the fact that he struggled through primary school due to a relatively poor background, this did not deter him from soaring high in the national exams.

He scored 408 marks out of the possible 500. This is the exact meaning of 'where there is a will there is a way.'

He remembers the hardships his late granny went through to offer him the best. Samuel says that the woman used to sell milk, bananas, vegetables and other farm produce to pay his school fees.

In a one-on-one conversation, he recounts, “After scoring highly in my KCPE exams, I was taken to a mechanic called Nyanya for apprenticeship but he declined to enroll me with the reason that I was weak for the training. He told my parents to take me back to school so that I could eat 'mahenjera' (maize and beans cooked together) so as to be strong for the task.”

With the family almost hitting a dead end, they resolved to take him back to class eight.

At that time, a pioneer secondary school was being established in the area. The school's administration was looking for best students from poor backgrounds to enroll under a program that could see their parents pay fees on negotiable terms.

That is how he joined St. Anthony Kakoyi Secondary School towards the end of term one.

To Mr Tsimbwela, calamities were not yet over as he experienced another academic hurdle in joining college. They resolved to organizing a fundraiser for his studies.

“The organizing committee met only once and nothing seemed to progress thereafter for they never turned up again. They managed to raise only 416 shillings for my college education. My granny had to part ways with her only cow to raise part of my tuition fees. ,” he added.

Through intervention from friends some from USA, he managed to do Certified Public Accountant of Kenya (CPA) studies at KCA University.

The jovial holder of degree in Business Management and Accounting from Masinde Muliro University narrated how his childhood life taught him the art of giving back to the society.

His grandparents' house was near Kakamega-Webuye Highway leading to frequent visits by strangers some who had mental illness. The late Mama Khandasi would feed and even host them for night and later give them gifts as they left. This is the norm among most people in Luhya community that a visitor should not leave empty handed.

“My grandmother used to host and feed many people who knocked at the door because our house was at the roadside. She could also bid them farewell with gifts like chicken, bananas and other gifts. She mentored me in generosity. All what I do is as a result of her.”

From a humble background, he graduated and secured a job with an electricity installation company for one year and at that point he helped many young men acquire jobs.

After the expiry of his contract with the company, he moved to Sabatia Eye Hospital. It is here that he helped many locals attain free eye checkups through medical camps.

But his zeal for academic excellence would not stop at CPA. It was the right time to pursue his academic goal but he had to overcome another hurdle, this time from the employer.

“When I wanted to resign in order to pursue my degree course, the Hospital management objected because of my exemplary performance. They paid my degree fees for Business Management Accounting studies as an enticement to stay.”

He believes in the culture of people mobilizing their resources for development instead of waiting for the government to do it for them even though it is its responsibility.

When asked about his greatest dream in life, he took a deep breath before responding, “That one is a very complicated question. My dream is about impacting people’s lives. It’s not about big houses or making lot of money.” 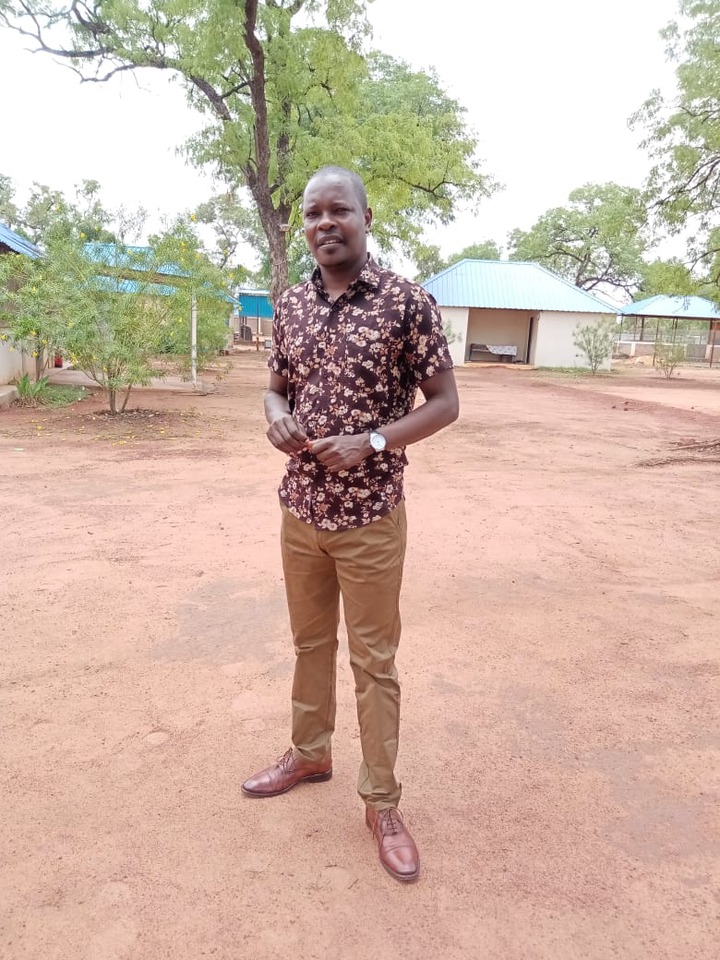 Samuel was born and raised up in a low income family but this has not hindered him from achieving his dreams through which he has touched and inspired many lives. His determination is to see a society liberated from chains of poverty.

He is happily married to Sarah Kharinda and together they are blessed with four children. Their first born is in Form 3.

We all have a responsibility to positively influence our society and the people around us. If we all touch other people's lives in little ways we can, our society will be a heaven on earth.

Allow me to end by the words of Colin Powell, “A dream does not become reality through magic; it takes sweat, determination, and hard work."

After Invading Nyandarua And Turning It Yellow, Here's The Next Stop For Dp Ruto

Here's Why You Should Start Sleeping With Socks On