Drama was today witnessed in Kambala Girls Secondary school which is in Nakuru County after an unknown number of students allegedly broke out of school after demonstrating or rather striking over unknown issues. 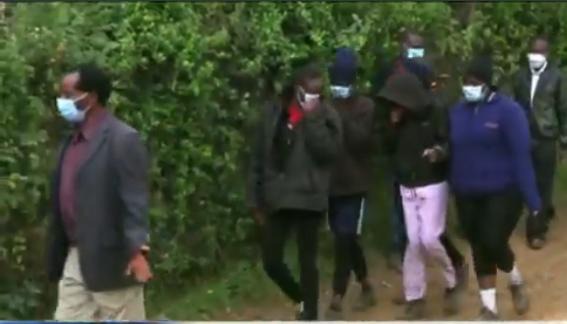 According to the reports given by the parents of the students, they claimed that they were shocked to be called by the school administration who notified them that most of their children had not slept in school.

Reports given by the school management revealed that the students allegedly broke out of school in the middle of the night after which they allegedly went into the forest and the cemetery where they allegedly spent their night in.

"I received a phone call that my daughter was not in school. We came here only to be told that they broke out of school. We don't know the reason why but we'll soon find out. Some of them came out naked while others have injuries. We're yet to find out what happened ", a Parent said.

Due to this reason, parents who seemed worried called upon Nakuru police boss to carry out an investigation in order to find the actual cause of the strike.

While reacting to this incident, a number of kenyans who took to their different social media accounts to express their anger and dissatisfactions have called upon the inspector General of police, Hillary Mutyambai to conduct an investigation in order to find out the main reason behind their alleged strike.

According to the reports given by most Kenyans, they claimed that there might be more to this adding that it was so unfortunate that the students decided to go into the cemetery and the forest instead of calling or rather contacting their parents to take them home.

For most Kenyans, they claimed that maybe this was the excuse or rather, a made up story that the students formed in order to avoid taking responsibility for their alleged misbehavior which they called upon the police to look into. 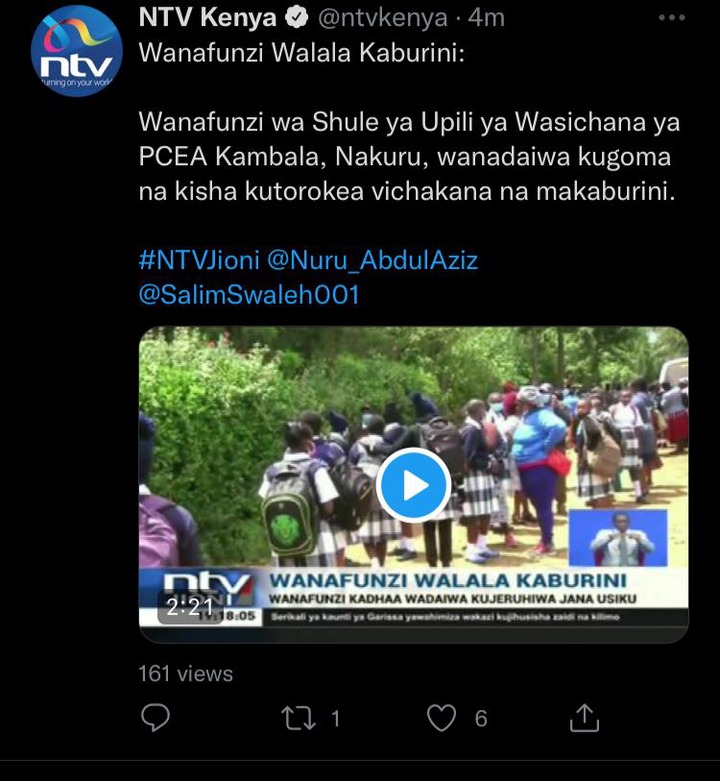