KNUT's Woes: Sossion Makes The Toughest Decision That Would Further Weaken The Union 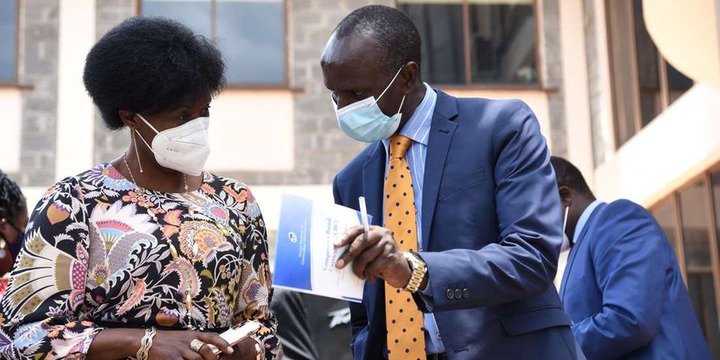 The fall of a one time giant teachers union Knut has left many retired teachers and even the current teachers with a surprise.Little did anyone know that Knut would get finished after the teachers quitting it in mass.

Many primary teachers have been forced to remain unionless after making tough decisions to leave Knut.Their secondary schools counterparts are safe in Kuppet as their union.Knut for some time has been engaged in a tug of war with the employer.This has seen the union members get sidelined in the promotions due to being in the old scheme of service compared to the current CPG scheme of service.The Commision has removed the teachers who have requested to be removed from the union.However,Knut has been bitter with its rival union Kuppet.It has accused Kuppet of dinning with TSC to take away its members.

Seemingly,Knut's woos are not far from over.The branch elections have been concluded with the national elections approaching.Knut SG Wilson Sossion has maintained that he will still be in the ballot for another term.In what might increase turmoils in the union,one of the union's diehards Mr Stanley Mutai had shown interest of facing Mr Sossion in the ballot.However,Mr Sossion has now written to Mr Mutai to retire due to age limit factor.Mutai who also has mass following is yet to react over this decision by the SG to retire him. 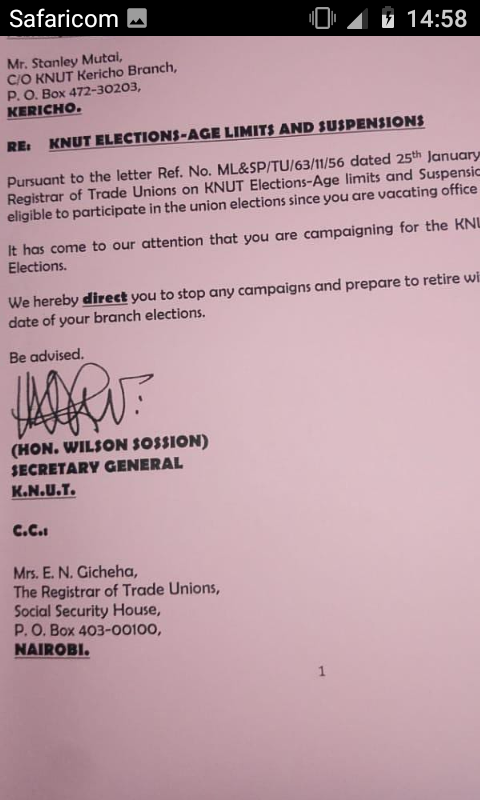 Dr. Miguna Lectures The Government For Denying Him Travel Papers

Joy To Unemployed 300,000 P1 Teachers as TSC Assures Them Employment.