CBC Philosophy Is What Kenya Needs

By TonyWainga (self media writer) | 18 days ago 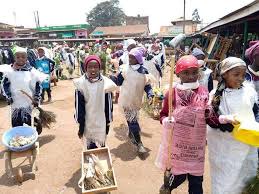 Since the government of Kenya introduced the new curriculum popularly known as the Competency Based Curriculum (CBC),a lot has been written and talked about it.The talkers have ranged from the lay man to the policy makers and experts across the country.

And the reactions have been diverse.While some have criticised the CBC for being too demanding and expensive on the part of the parent,others have argued that the new curriculum is a ploy by the rich elites and some Western nations to dumb down the children of the poor so that in future they will not demand for high-end and elitist jobs,as they will only fit for manual jobs to work for the rich.

Some critics have gone ahead to argue that even the developed nations such as Britain,USA, France,and China have never adopted such kind of a system yet they are the industrial and innovation hubs of the world.Further,they argue that the original 8:4:4 was far ahead and superior to the new curriculum.According to them,what the government needed was just to revert to that original 8:4:4 curriculum and strengthen the weak areas that were noted.

Teachers too,the stakeholders supposed to do the donkey work of implementing the curriculum, have expressed their dissatisfaction with it and feel that it was rushed.There was a need for retooling and enhancing the capacity of teachers,something the government tries hard to explain.

Already,some Kenyans have gone to court seeking to have the government do away with CBC.They cite unnecessary burden to the parents,lack of adequate capacity for it's implementation,and it's inferior status.

Despite the heavy criticism,the government is a damant that the CBC must go on.While speaking at a function to upgrade Nyandarua institute of science and technology into a national polytechnic on Friday last week the education cabinet secretary Professor George Magoha reiterated the government's position that it will not go back on it's resolve to go ahead with the CBC.

Even as some interest groups have already gone to court to block the government from implementing the embattled new curriculum,some voices of reason are arguing that the implementation of the CBC may be rushed and wanting for now,but Kenyans have to accept that what they require more is the CBC Philosophy which calls for mindset change so that people begin looking for local solutions to their problems.A good education is therefore that which equips learner's with practical,real world skills as opposed to theoretical abstractions.

Content created and supplied by: TonyWainga (via Opera News )

Raila is a fearless fighter, we are not following him foolishly - Governor Kiraitu Murungi says.