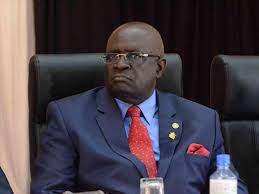 Professor George Magoha's Ministry has been mentioned in a multi-million scandal after one staff registered a ghost school and used it to syphon millions of shillings from the government.

The Ethics and Anti-Corruption Commission (EACC) is handling a case where staff from the Ministry of Education used a non-existing school to collect more than Sh10 million from the government.

According to a report by EACC, a clerical officer based at the ministry’s Nairobi headquarters used a ghost school based in Kakamega County, listing it as a government school with 1,188 students.

The school was getting government money to facilitate free secondary education from days school.

However, the officer's evil plan was revealed when the Kenya Institute of Curriculum Development (KICD) failed to locate it while supplying textbooks, forcing them to report the matter to EACC. 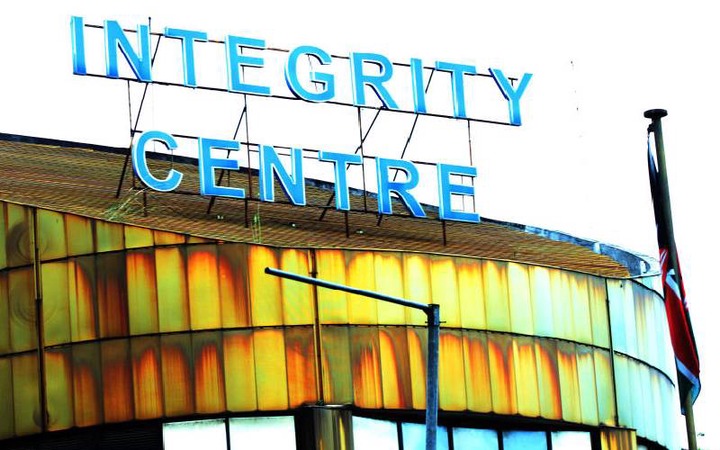 “The officer’s dealings were uncovered when publishers contracted by the KICD could not trace the school on the ground while distributing the textbooks,” said EACC as reported by Citizen Digital

It was established that staff was employed in the ministry in 2010.

"EACC has established that the officer is an employee of the Ministry of Education, having been employed in the year 2010 and deployed to Khwisero Sub County- Kakamega County as a clerk,"' EACC added. 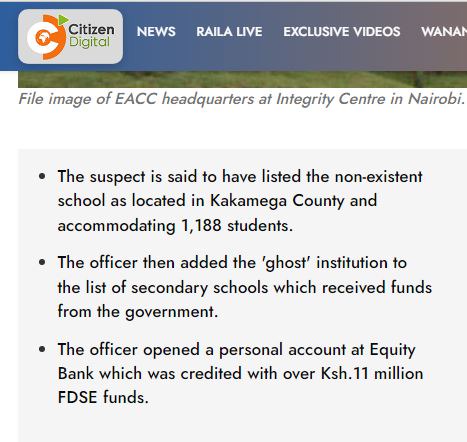 No More Secrets: David Ndii Breaks Loose, Reveal What They Had In Store For 2022 Poll In NASA

Prevent Yourself From Heart Failure, Obesity And Stomach Ailments Using This Fruit