There have been instances of fires occurring without anyone being aware of them in the past year or so. A significant number of pupils have been taken into custody, while others have been expelled from their institutions. Because acts of arson are not tolerated in educational settings, many parents are forced to accept the sanction of paying for their children's damaged property. 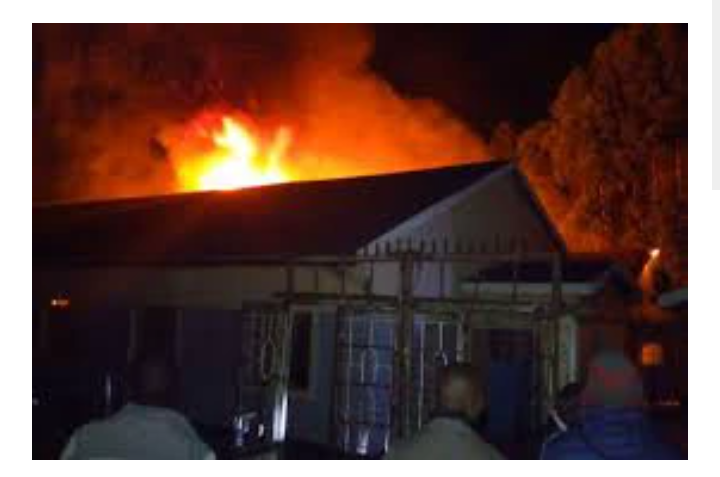 According to the source, Moi females Eldoret high school is experiencing a sorrowful morning as the event of the outbreak is reported to the school. The fire broke out in the school laboratory late last night, causing damage to a number of properties with values totaling multiple millions of dollars. 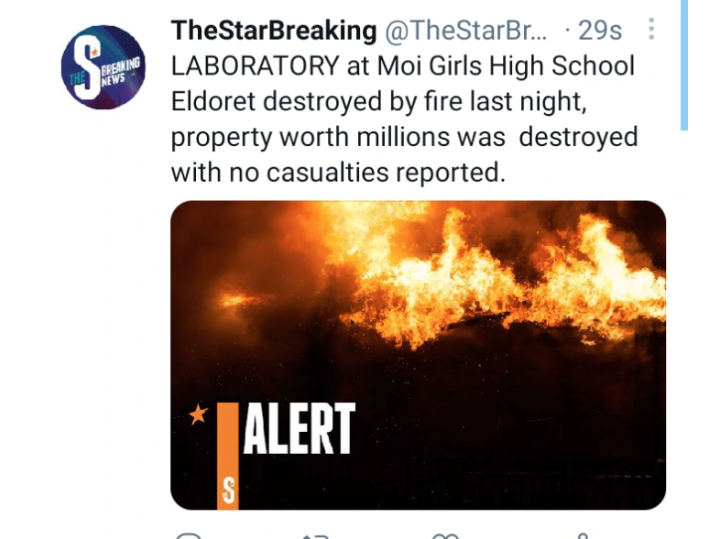 Reports indicate that there have been no recorded casualties at the school due to the terror that both the teachers and the pupils have. The laboratory has been robbed of all of the expensive equipment that was used for the practicals, and as a result, the students are compelled to take a little break while the lab is being repaired and while other programs are being run.

Because police investigators have just arrived at the scene to conduct more investigations, the origin of the fire in the school has not been determined with absolute certainty.

When the girl behind the Moi Girls fire tragedy was carried out of court after the 2017 dormitory fire incident, her face was hidden. [Standard File]

A former Moi Girls High School student was sentenced to five years in prison on Thursday after being found guilty of killing ten pupils in a dormitory fire in 2017.

The student was sentenced to five years in prison for each of the manslaughter charges she was found guilty of by Justice Stella Mutuku, who delivered the sentence electronically from Kajiado High Court.

However, because they will run concurrently, she will only serve for five years.

"I will not impose a non-custodial sentence to the accused since manslaughter is a serious crime that requires incarceration," Mutuku stated.

Let's keep ourselves safe and maintain our discipline.

BREAKING: Many Trapped After Another Horrifying Morning Road Accident