By HappynationInc. (self meida writer) | 23 days 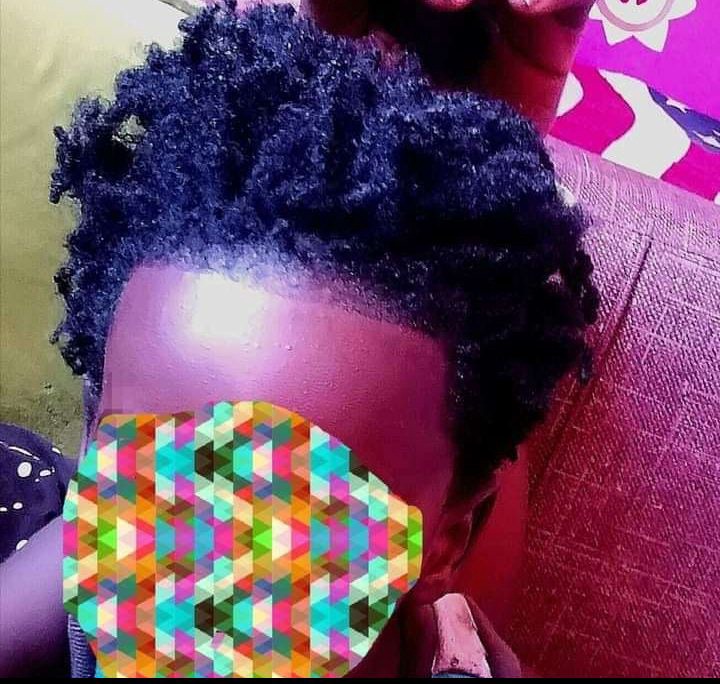 In the past children weren't allowed to be admitted in schools with long hair regardless of whether it's a boy or a girl.

However, the tradition has since been kicked out with increase in technology and civilization as young boys even at the age of one been dreadlocked by their parents.

Schools are now embracing the changes as they admit children with their long hair mostly in the major cities and few remote areas.

It's now a case for headteacher to refuse Admitting long-haired kid and the sentiments have been backed by a parent who took to social media to air her grievances as she narrated how her two years old boy was turned away Igniting online Stir. 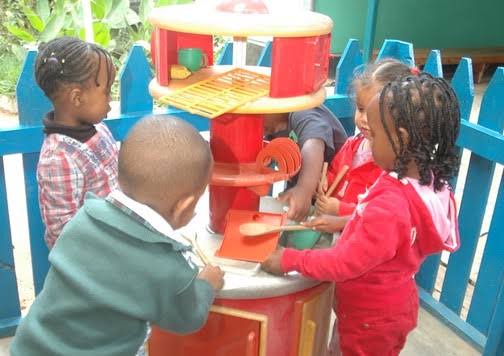 Image of playgroup class in Kenya

"My son 2 years old Amekataliwa shule leo Reason ' His hair doesn't meet our standards as a School' said Headmistress🤦 what happened to being who we are as Africans? Isn't AFRO our Roots?" She tweeted as quoted by Popular facebook page Nairobi ceremonies.

In comments section Kenyans kept on wondering how the mum could take her boy to school at 2 years as they believe he should be taken when he reaches four years.

Others kept on blasting the school for turning away the kid while some slammed the mother for keeping her son with long hair as they believe should be kept on girls.

Olonde Evans, " I stand with the school administration if you want you kid to look like your boyfriend then let him stay at home for little longer."

Milton David, "What does a two years old do in school? I thought we had an official school entry age?"

Debbie mwenda, " He should be rejected for the years....then take him to a school which that allows Afro Hair..sio nywele inasoma Allah. 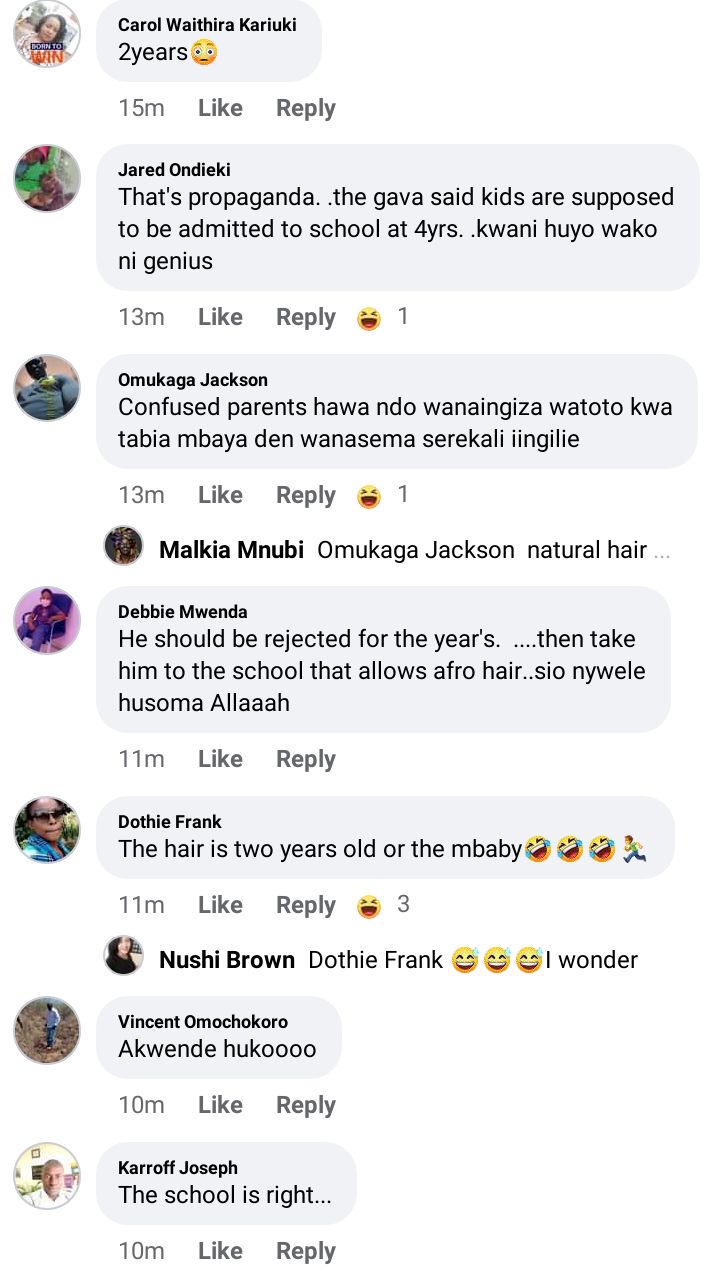 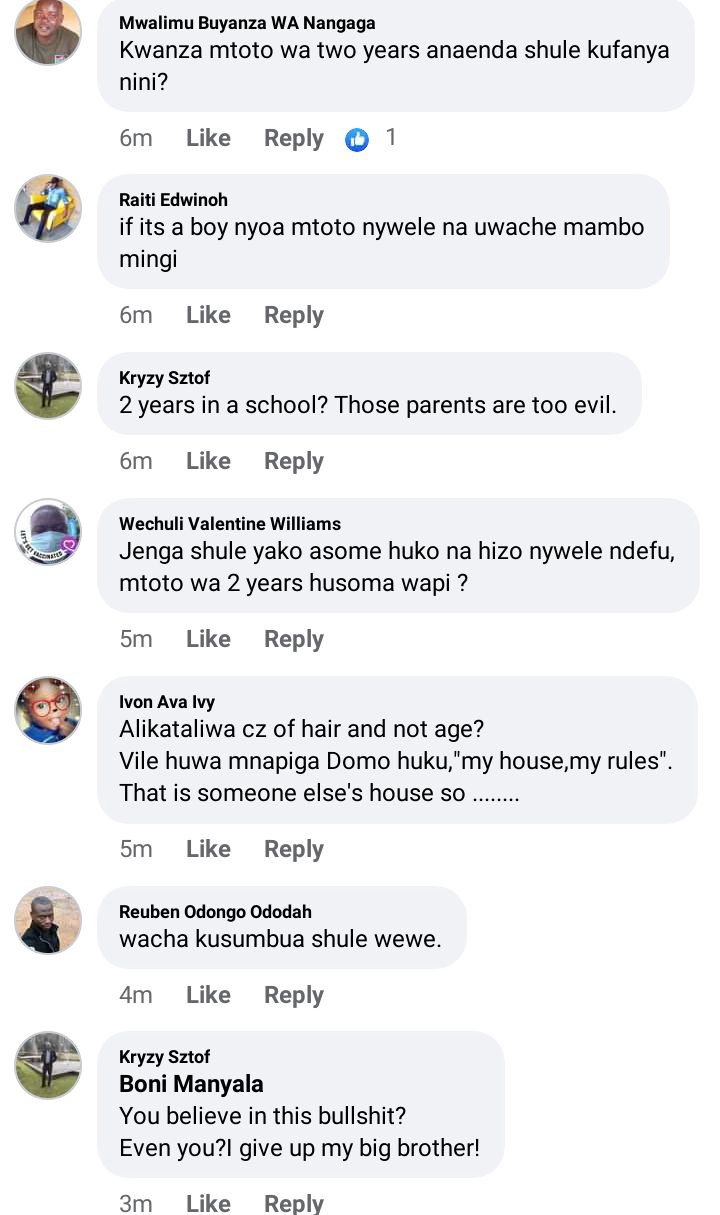 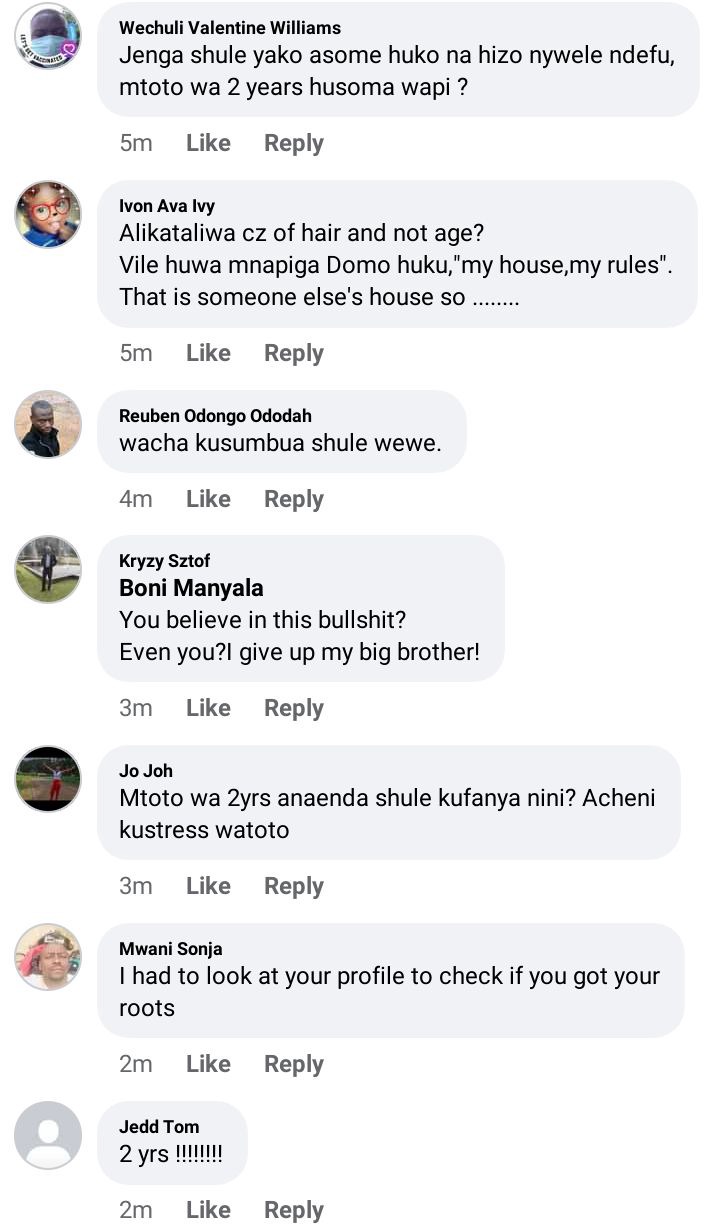 Headteacher Of Gekongo Primary, Kisii And Her Husband Dead After Their House Was Burnt.(Photos)