By MeyerMacha (self media writer) | 9 days ago

Today 12 October, Kisii University students took to the streets to demonstrate the school fee increments. The students who are mostly second years were complaining about the school fee which was increased by ten thousand(10,000) from the normal. 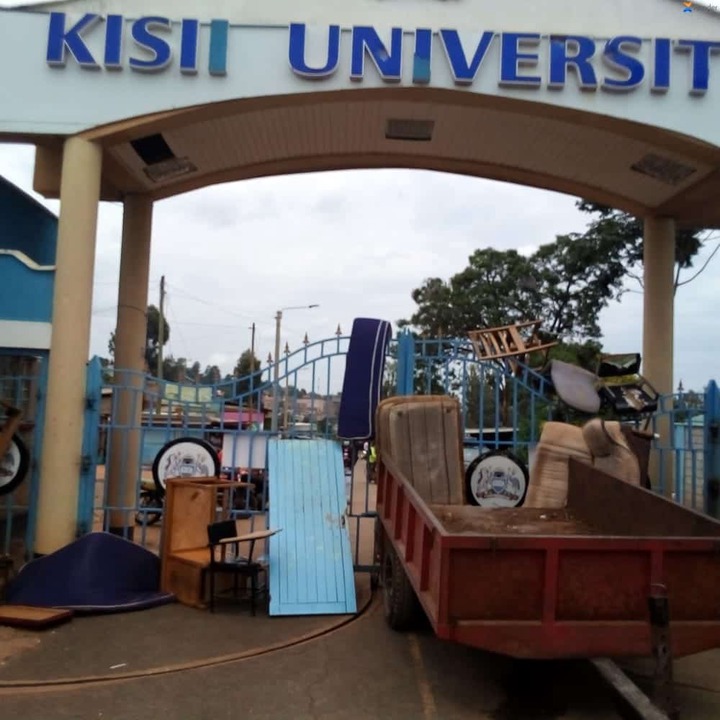 The students wanted the school management to address to them the reason for the fee rise.

Due to that strike, the school management has released an emergency memo ordering all the second-year students from the Kisii Main Campus, to vacate from the school premises before 06 PM today without delay. The memo warns them that, any second year from the main campus who will be found within the school premises will be bear the consequences. 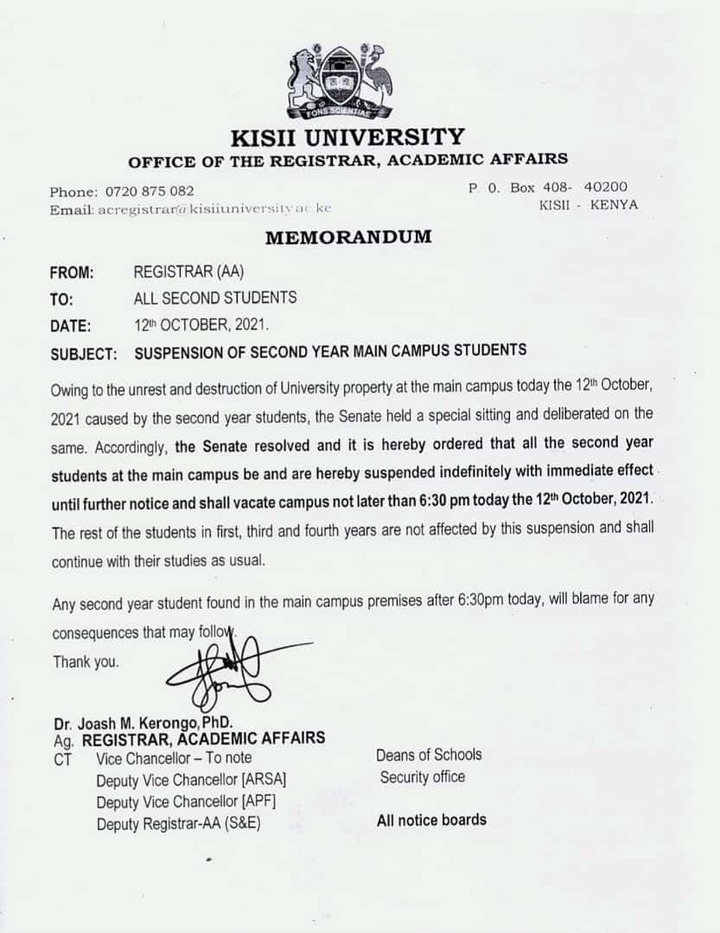 Other students from the first years, second years, and fourth years were not affected by the strike. The students were suspended from the school until further notice which means they will camp at their homes while second years from other universities will be continuing with their studies. 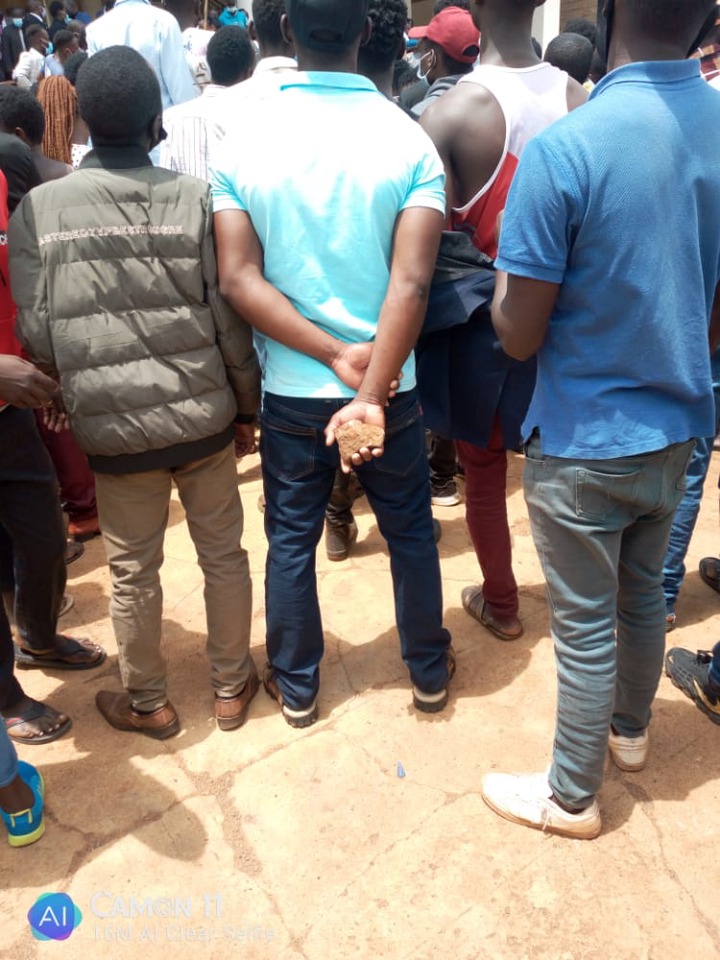 During the strike, the police were called to terminate the strike of those ugly demonstrators where they were teargassed to calm the school environment. 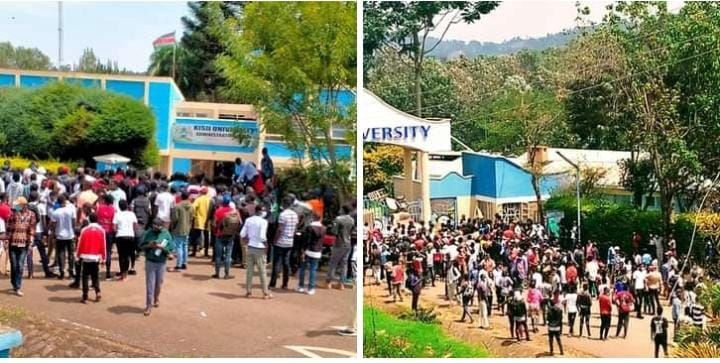 To conclude, students should have looked at better methods of passing their inquiries like sending the student leader to talk with the school management or take a peaceful demonstration instead of destroying the school property.

This is because they must pay the school some extra money to cater for the destroyed property when they are ad iced to report back to the school. That means their parents will dig deep into their pockets to produce the money of which could have been used to do other things at home or pay that extra 10,000 they were opposed to pay.