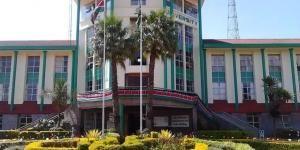 Moi University has announced that it will be embarking on a mass layoff exercise amid an ongoing financial crunch at the institution.

A notice by the varsity Vice-Chancellor Isaac Kosgey indicated that the institution has been facing tribulations in meeting its wage bill and the university has to declare some positions redundant.

Prof Kosgey explained that the staff rationalization exercise is part of the University’s efforts to get out of the financial crisis that has immensely affected operations.

The internal memo released on Monday, July 4, indicated that the university had recurring expenditures such as the wage bill which is taking up about 70 per cent of the budget, making it hard to run the institution.

“With the continued decline of revenues, the University is unable to sustain the growing wage bill and, as such, it has become necessary to undertake right-sizing of the human resource sustainability of the University and its operations,” Prof Kosgey stated.

“This is, therefore, to notify you of the impending redundancy of staff due to the continued strain by the University to fully fund its wage bill, and to align the human resource to the existing workload,” he added.

In 2021, an insider from the university revealed how the institution went broke in a span of two years, accruing over Ksh5 billion in debt.

Moi University Council Chairperson, Humphrey Njuguna, admitted to the financial woes facing the public institution, further revealing that operations at the facility started taking a beating after the closure of satellite campuses and the scrapping of certain courses two years ago.

He attributed the university's financial challenges to a bloated workforce and a reduced number of student enrollment, denying the existence of ghost works.

The institution was also struggling to enrol and sustain students and Njuguna noted that currently, Moi University has a student population of 30,000, down from 50,000 a few years ago.

The institution scrapped 30 departments in a move that was aimed at harmonising their courses. Later, the institution relocated several students taking education programmes at its Nairobi Campus on Moi Avenue to its main campus in Eldoret.

Graduands attend a graduation ceremony organised by a Kenyan University.

The school of Agriculture and Natural Resources was also relocated to Kitale Campus.

"We are placing academic staff in the facilities where they are best qualified. These changes will be a game-changer as it will ensure efficiency and cut costs," Vice-Chancellor, Prof Isaac Kosgey, stated at the time.

Once You Clock 40, Stop Doing These Things If You Want To Enjoy Your Life And Live Long