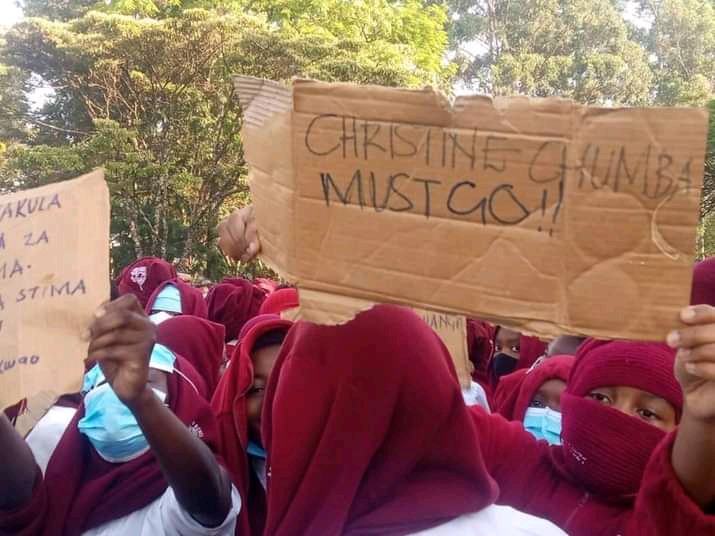 In February 2021, the former Moi Tea girls principal hit the headlines. Her new destination Moi Girls Eldoret staged a peaceful demonstration demanding her immediate transfer. This was barely a year after she joined the national school. Placards held high by the students read "Christine Chumba Must Go".

The students accused the principal of mismanagement, harassment, lack of food, and power in the school. The students said they were not used to her way of doing things. They said they were scared of her."The principal is supposed to be our mother. But we have reached a situation where whenever we see her we have to run away," A student leader said on the then strike. 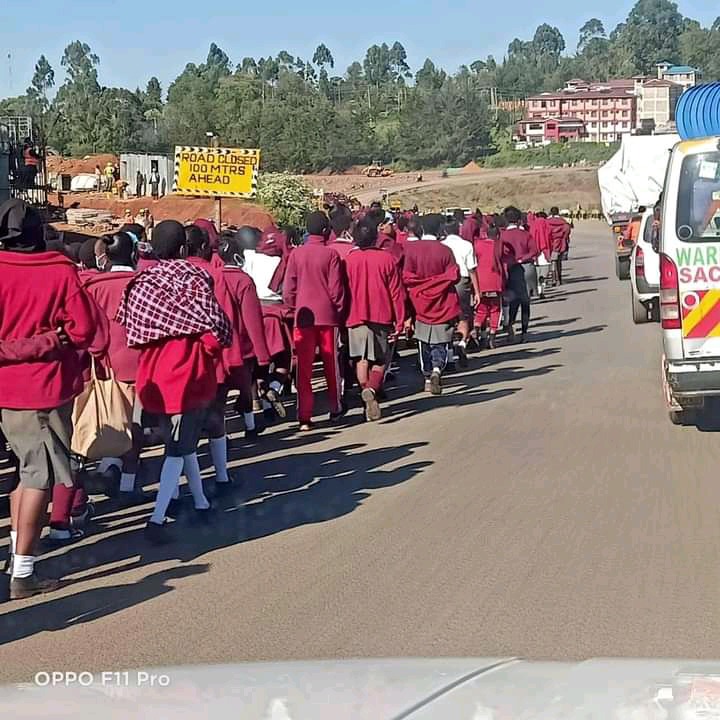 The school was indefinitely closed and later resumed. The student's orders were not met then, 8 months later Christine Chumba was finally shown the door out of the 1928 began school. Mrs. Chumba was destined to another prestigious school Kipsigis Girls. Even Before being handed the mantle of Kipsigis Girls. Students hit the streets with "Christine Chumba's must-go placards.

The area leaders joined the protest, terming her incompetent and not worth the position of the only national school in Kericho county. Questions on why trouble is trailing the principal cannot be avoided. Is Mrs.Chumba unwanted? Her track record doesn't portray incompetence, she boasts of good grades, disciplines students in all the schools she has set foot in.

Is she too strict? Why are students displeased with her authority? In a report from Machakos TTC lecturer Isaac Biwot, Mrs. Chumba is not only very strict but also none hypocritical. This is why several students 'Fear' her.

The peaceful protests by students are prudent especially now during the wave of students rioting, razing down school property, and destruction. It's however unwise for local leaders to join the students in their protests. Containing students will prove difficult if elected leaders who have better ways of addressing the matter join students on the streets. 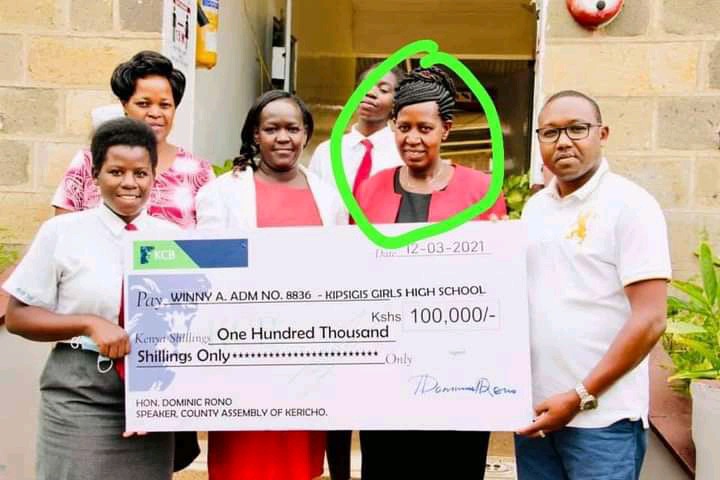