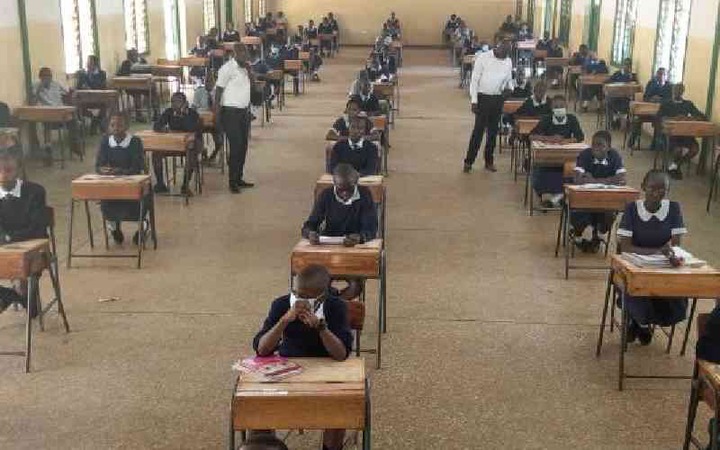 Candidates for the sixth grade, eighth grade, and form four are anticipated to begin their tests today across the nation.

However, there are several obstacles that students in Tiaty, Baringo County are encountering as they start their exams.

Before learning institutions were shut down last week owing to the drought, there was a significant absenteeism rate in the area's schools as students sought transfers to places with feeding programs.

Many schools that had not received food rations reported large-scale dropouts, and others had completely suspended afternoon classes.

The last food ration the school received from the government, according to Dominic Likulu, a teacher at Chesakam Primary School, was in April of this year.

“Most parents refused to release their children to school in the just concluded term because we had no sufficient food. They preferred to move with them from the area in search of food, pasture, and water for their livestock,” he said.

According to Mr. Likulu, a significant number of kids are quitting school as a result of a lack of food.

“At the beginning of the year, we had 300 pupils but that number has declined to about 100. The pre-school section which had around 100, now has only 20 pupils,” he said.

The teacher observed that while Grade Four initially had 24 students, towards the conclusion of the school year, only 14 students were still enrolled.

18 Standard Eight applicants and another 21 Grade Six students are waiting to take their exams today at the school.

It has been difficult to keep hungry children at school, according to his own admission.

“We sympathize with their situation, and the only option is to release them early because half of those determined to attend classes daily do not even go home at lunchtime because they live far away,” he said.

He claimed that despite their best efforts, they were unsure whether three candidates from class eight and two more from grade six would take the tests.

At Chesakam Primary School, Irene Chepukat, 14, will be one of the applicants taking the KCPE exams today.

Chepukat appears weak despite being determined and prepared to take the examinations because it is clear that she hasn't eaten in days.

She has been surviving on water, and every now and then, the teachers are able to chip in some cash and make some food for the few applicants who are still enrolled in class.

“I am used to having one meal a day. I have trained myself to stay in school and study ahead of the exam. Luckily we have a borehole where we get clean water, which has really helped us. As for food, that depends; on a good day we get well-wishers and the teacher who prepare a meal but most of the time, the water comes in handy,” she says.

Despite the difficulties, Chepukat and her classmates are convinced they would succeed on their examinations.

Another KCPE applicant at the school, Christopher Kapkomor, 17, said he is prepared for the tests despite the difficulties the institution is now experiencing.

“I am ready for the exams. I try as much as possible to ensure that I attain good marks to get placement in a good secondary school out of Tiaty,” says Kapkomor, who walks four kilometers to school daily.

In addition to hunger, he informed a local newspaper that the region also experiences security issues brought on by cattle rustling, which he claimed had an impact on how food aid was distributed in their school.

Kapkomor claims some of his peers call him a coward because he has chosen education over cattle rustling.

“My peers laugh at me and they always say that I’m wasting my time here at school instead of taking care of my family’s livestock. Being the only child who has gone to school, I want to prove to them that education pays,” he added.

Content created and supplied by: Alvarez6500 (via Opera News )