According to the reports given by a reliable source of information, it has been revealed that two class 8 Candidates Drowned in a Dam on a school trip.

In a news report that has been shared by the school management, it has been revealed that the Deceased had gone on a rehearsal and were supposed to sit for their National Examination before tragedy struck killing the two pupils.

According to the reports given by the witnesses, it has been revealed that the Deceased went missing under unclear circumstances after they were spotted in the Dam.

In the latest news on the incident, it has been revealed that the bodies of the two Boys have been recovered from the Dam.

While reacting to this incident, Kenyans who took to their different social media accounts to express their opinions on the matter have called upon the police to hold the teachers accountable.

According to the reports given by most Kenyans, they claimed that it is so unfortunate that the police have not arrested the teacher who was on duty despite the fact that he was supposed to be looking out or these children. 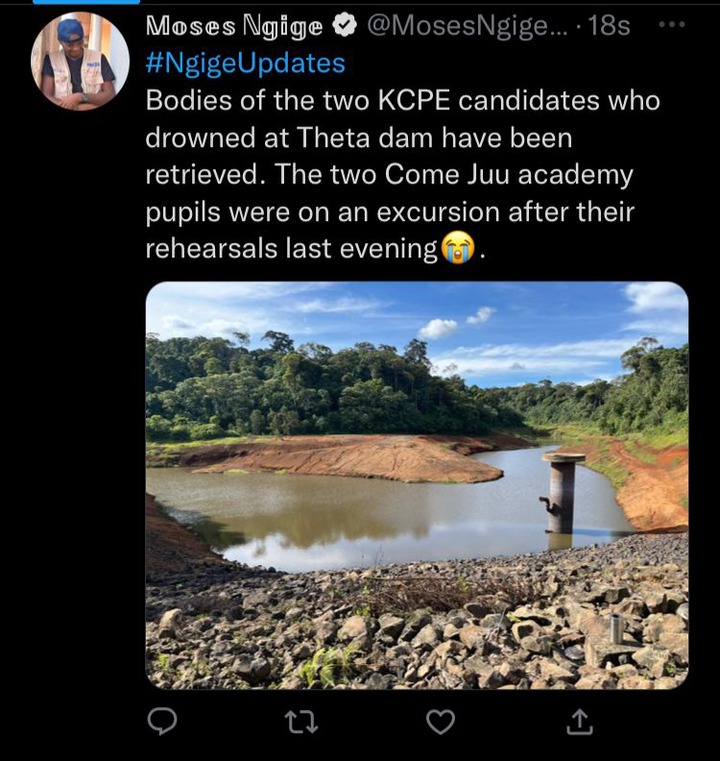