Mmusi Maimane said One SA movement will continue with school stay-away protests until the Department of Basic Education closes all schools.

One SA Movement leader Mmusi Maimane has vowed to continue with school stay-away protests until the Department of Basic Education decides to close all schools until after the peak of COVID-19 infections.

Friday 10 July marked the first protest of its kind.

“We’ll continue protesting every Friday until the Department of Basic Education listens to common sense and closes schools until after the infection peak,” said Maimane.

“In light of the increasing rise in cases of COVID-19 infections, as One South Africa, we believe the decision by basic education minister Angie Motshekga, to forge ahead with the phased reopening of schools is a risky and dangerous gamble with the lives of our nation’s young people, our teachers and families of learners,” the movement said in a statement.

It is for that reason the movement, together with Maimane, put forward demands for Basic Education Minister Angie Motshekga.

MAIMANE AND ONE SA MOVEMENT OUTLINE DEMANDS FOR MOTSHEGKA

The movement said Motshekga must reverse her decision to reopen schools.

“It is a rushed and ill-advised decision, unnecessarily putting lives at risk. Our argument has always been that we would like for serious measures to be put in place and for action to be taken with regards to the safety of schools, in order for the learners to return,” it said.

The movement’s demands are as follows:

DBE READY TO GO TO COURT IF NEED BE

The Department of Basic Education released a statement, also on Friday, warning against the disruptions of schooling.

The Council of Education Ministers (CEM) said it is considering strong action against ongoing disruptions of schools by individuals and organised bodies.

The CEM, led by Motshekga, said it has noted with disappointment and dismay, ongoing sporadic attempts by political and civic organisations to disrupt learning at some schools around the country.

Most likely referring to Maimane’s school stay-away, the department said organisations have threatened teachers and learners, while others have gone to court and failed to stop the school reopening.

“[They are] now are bent on resorting to threats and disruptions to achieve their intended goals,” it said.

“The CEM urges all those aggrieved not to interfere with the rights of those parents wishing to see their children going to school. The CEM has not ruled out the possibility of going to court to seek protection from all those hell-bent on obstructing schooling,” it added.

Angie Motshekga Department of Basic Education Luke Daniel Mmusi Maimane SA South Africa
The views expressed in this article are the writer's, they do not reflect the views of Opera News. Please report any fake news or defamatory statements to operanews-external(at)opera.com

Category Of Teachers Who Are Not Required To Register With CSO 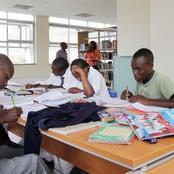 Meet the Most Educated Female MP in Kenya 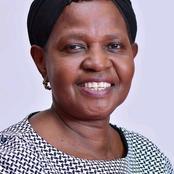 School Lessons To Start In September By All Means 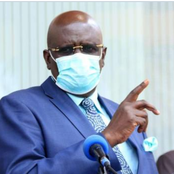 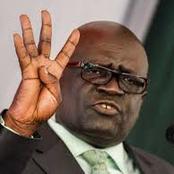 Prof. Magoha Directs Resumption of Learning in September Amidst Battle With COVID-19 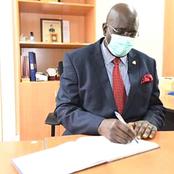 Who Is More Educated, Senator Kipchumba Murkomen Or James Orengo? 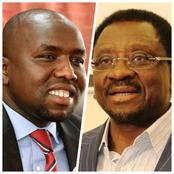 Doom And Gloom For Teachers As SRC Makes The Following Announcement. 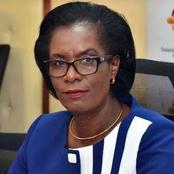 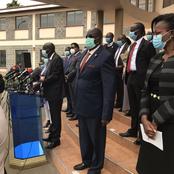 Leaked Document Gives Some Hope to BOM Teachers on Their Payment 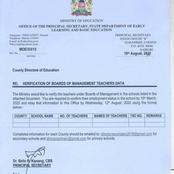 Teachers Got It Wrong! TSC's Latest Clarification About Community Based Learning 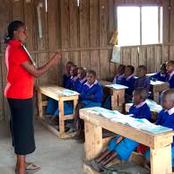