Improve your writing skills, learn all the 14 punctuation marks

By CaptainNatasha. (self media writer) | 2 days ago 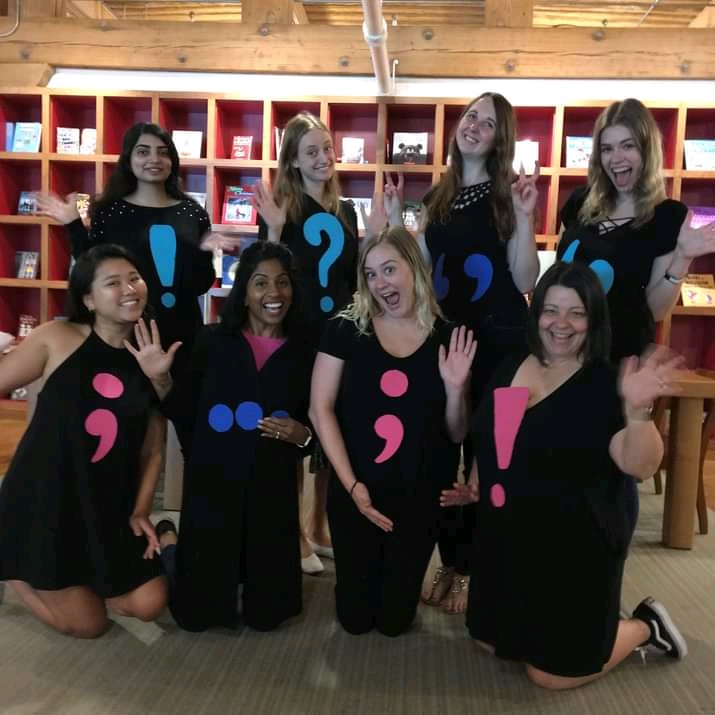 Punctuation marks has a way of adding emphasis in written sentences but many people still don't know how to use them.It's important to master all of them to improve your writing skills, today i want to discuss all the 14 punctuation marks and how they are used.

It's also known as the period,this is the most used punctuation mark.It has two uses;

1-It signals the end of a sentence.

-Antony is my friend..

2-It's used in abbreviations,such as in names or titles.

-Mr.D.Kithinji is our Mathematics teacher.

Question mark is used to end a sentence that is a direct question.These are sentences that questions begin with how,when,where,why,what or who.

-Who wrote on the board?

-Where is my book?

-What are you doing?

An exclamation mark is also used at the end of a sentence when that sentence expresses emotions.

-I'm so excited to see you today.

It's used to insert a pause into a sentence. The purpose of the pause can be for different reasons, such as to separate ideas, phrases, or even alter the structure of a sentence.

They are used for a direct address, such as:

-Alfine,it was nice to hear from you.

They are also used to list items in a sentence:

-He went to the grocery and bought onions, carrots, tomatoes,and cabbage.

A colon used when you want to introduce something,such as a quote, an example, a series, or an explanation.

-He picked three textbooks from the library: Mathematics, English,and Kiswahili.

It's also used to link two independent clauses if second clause completes the first one.

-They didn't have time to waste:it was already late.

A colon is also used to emphasize a subject in a sentence.

-I picked one t-shirt:the red one.

A semicolon links two ndependent clauses which are closely related.

-I have a class tomorrow;I can't sleep late today.

Another common use for semicolons is within a list that uses commas.

There are two types of dashes that vary in size and use.

The En dash: It's shorter in length and is used to denote range.

The Em dash:this dash is longer and is used instead of other punctuation marks like commas or colons.

-Did you took the book—Yes!

To avoid confusion with dash,hyphen is used in compound words.

It is used to clarify something or to clarify a subject when quoting another person or text.

-He[Mr.Chris Gichuru] agrees that Manchester United is better than Chelsea.

Braces are used when you are Mathematics text ,they are in operations.

They are used to supply further information but they can also be replaced with commas and the of the sentence will change.

-Fiona(who is our Mathematics teacher)likes to write on the board.

It's used to show omission of some letters and also to pluralize lowercase letters.

-It's John who gave instructions.

It's used to denote text, speech or words spoken by someone else, it's also used to indicate dialogue.

Note: Single quotation marks are used for a quote within a quote (' ').

-Antony told her teacher,"Dennis took all the exercise books and he said he is going to 'mark them' before he meets you."

It's three full stop's used together to represent an omission of words or letters.

It's is also used when quoting someone and unnecessary words are omitted.

-Richard started to count "one,two,three..."and then he released the dogs.

-Martin Luther King said " I have a dream..."he was addressing racism issues.

I hope now you have learned all the 14 punctuation marks and you are able to use them.

Thank you for reading: You can like,share and comment.