By Madexposa.com (self media writer) | 12 days ago 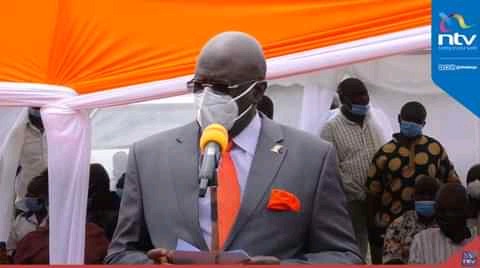 Ministry of Education Cabinet Secretary Prof George Omore Magoha ended up at the receiving end of criticism and mockery on Friday following his latest divulgement on the amount of money the Government has spent on the Competency Based Curriculum (CBC) system.

According to C's Magoha, the Government of Kenya has so far spend a total of ksh 58 billion on the Competency Based Curriculum (CBC). 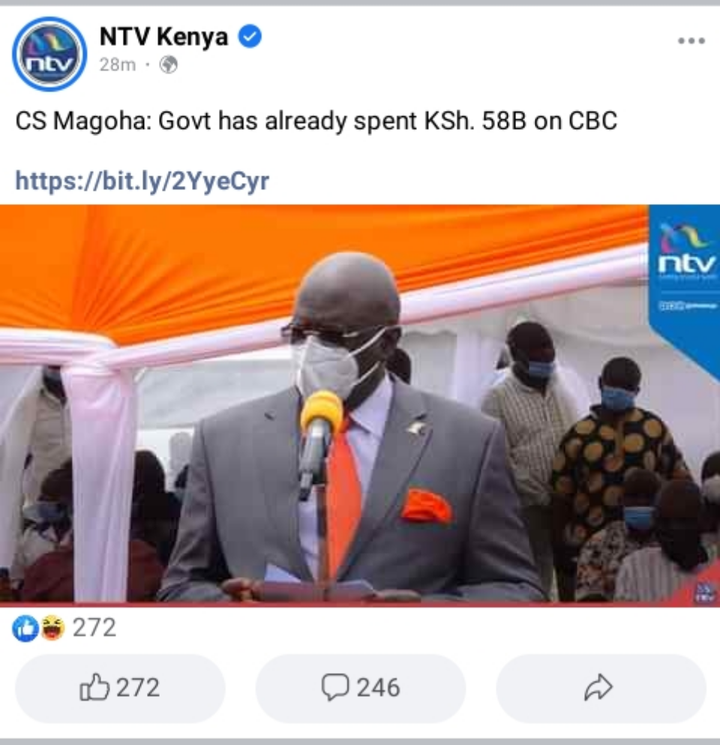 Magoha'a divulgement which illicited reactions of different kinds from Kenyans came after RT Raila Odinga also shared his thoughts on the CBC whereby he claimed anything new always illicits suspicion.

"The ongoing discussions about CBC are healthy; anything new always illicits suspicion... The human being is a conservative animal, just like a cow used to the beaten path. We will ultimately find a solution to issues raised about CBC" reportedly claimed ODM Party Leader. 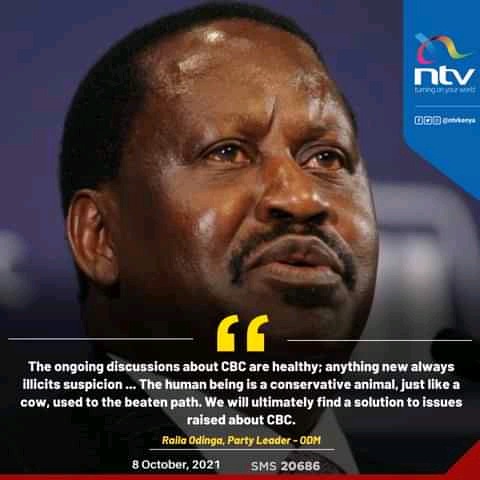 Nevertheless, Kenyans expressed different opinions over the amount of money the Government allegedly claimed to have spend on the system including the following in screenshots; 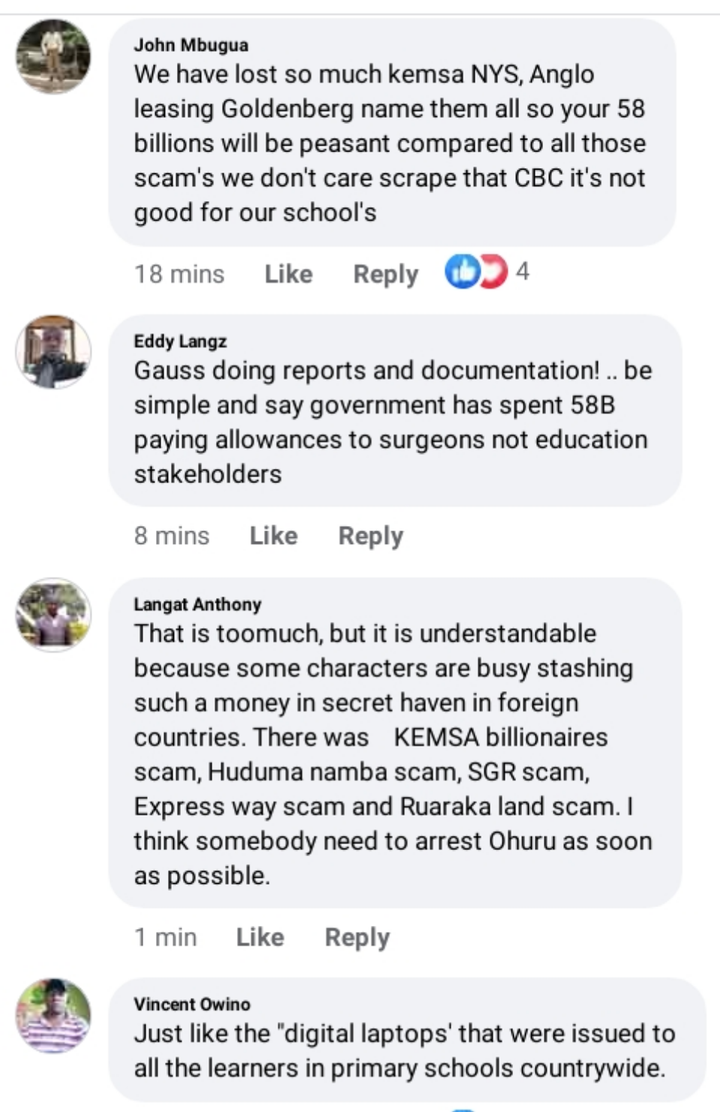 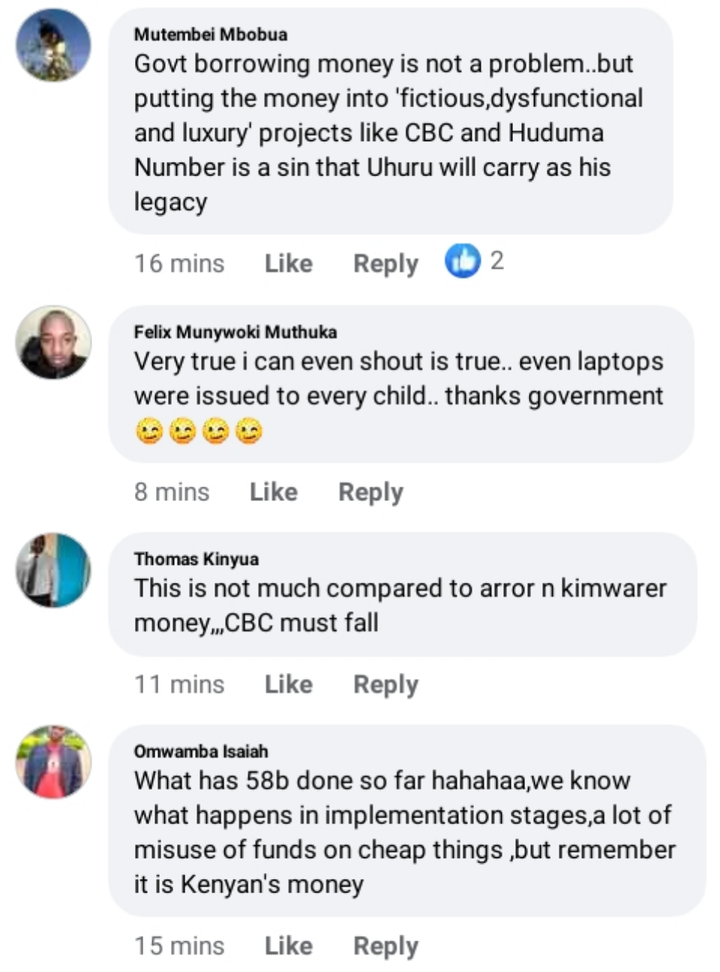 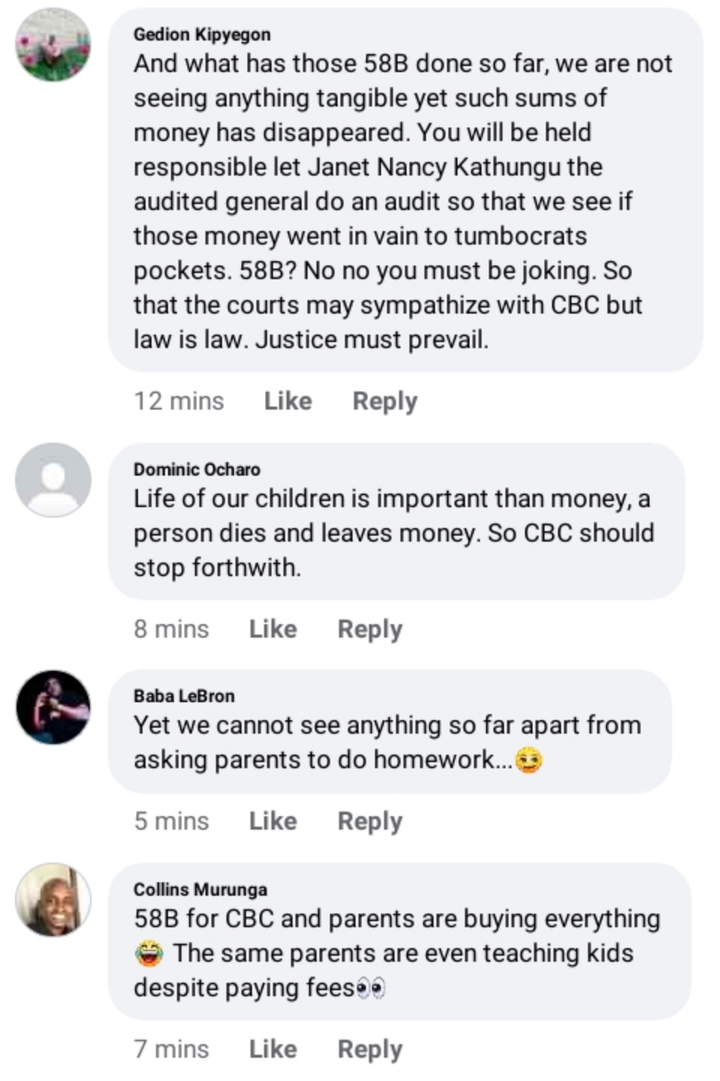 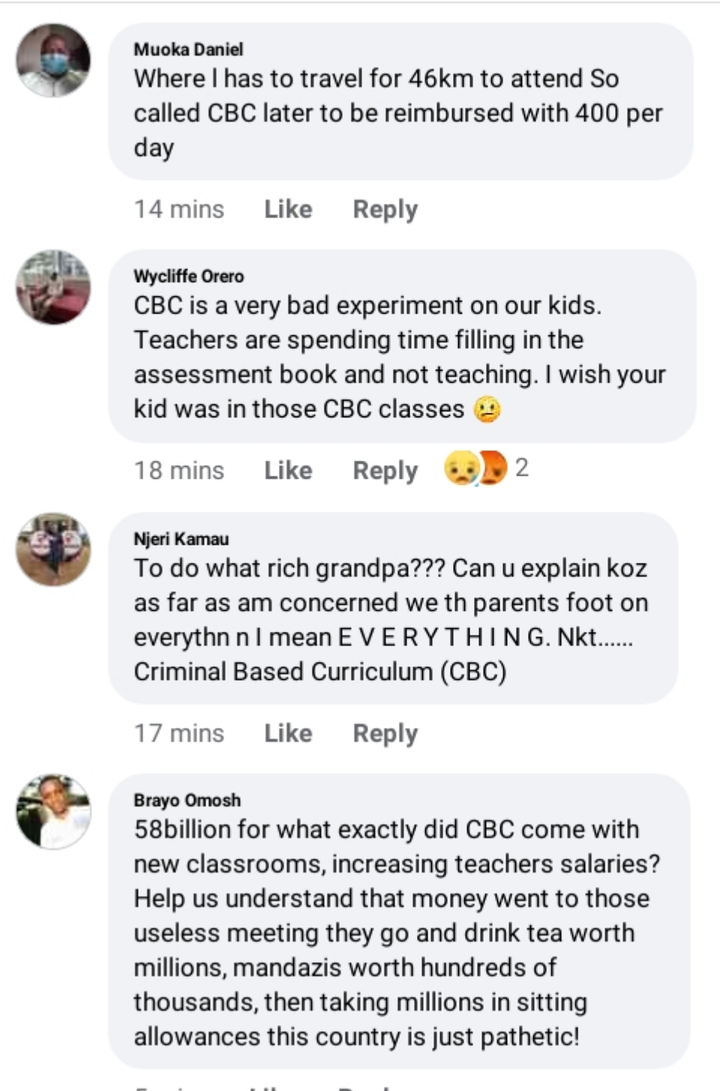 What is your view over this matter?