By Health.tips.com (self media writer) | 5 months ago 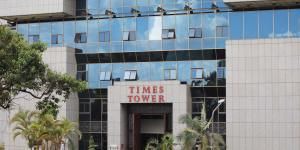 International School of Kenya (ISK) has been ordered to pay Ksh1.4 billion to Kenya Revenue Authority (KRA) in form of back taxes.

According to a report by the Nation on Thursday, August 12, the fine came about after the taxman discovered that the institution favoured international workforce to their local counterparts.

KRA argued that the school ran separate payrolls in which workers from Canada and the United States were not subjected to Pay As You Earn (PAYE) tax while locals workers were mandated to paying the money.The taxes were backdated to four years.

The school had filed an appeal seeking the taxman blocked from demanding the colossal amount arguing that expatriates were protected by international immunity.

In their defence, the school argued that it assumed that it would be exempted from taxes after receiving a letter from the Ministry of Foreign Affairs allowing it to set up shop in Kenya in 1976.

The tax appeals tribunal, however, threw out the appeal

“The tribunal finds that neither the diplomatic composition of ISK board of governors nor diplomatic correspondence exchanged between the missions and the Ministry of Foreign Affairs conferred any privileges of immunity to ISK or its expatriate staff.

“The objection decision of March 2016 confirming the PAYE assessment in the sum of Sh1.4 billion is hereby upheld,” read the statement in part.

It was revealed that the lowest earning teacher made Ksh3.5 million.The decision comes just two months after the taxman netted Ksh140 million from Brookhouse International School after lowering its school fees requirements for a section of its clientele.

The school was ordered to part with millions as tax owed to Kenya Revenue Authority (KRA) in May 2021.

The institution had reportedly subsidised tuition fees it offered to its staff members between 2010 and 2014.

After a review carried by the taxman and whose revelations were made public in 2017, KRA claimed that the tax arrears amounted to as much as Ksh186.6 million.