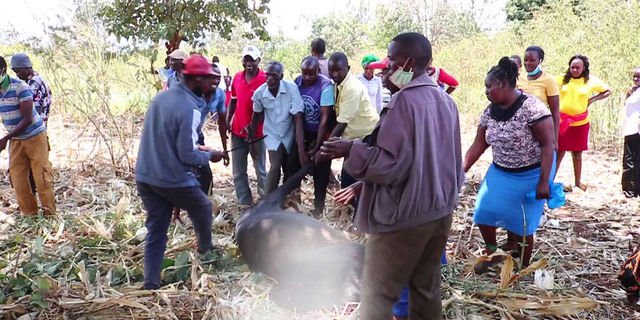 Meru county has on several occasions hit the headlines with extra ordinary occurrences taking place in 'Baite' land . From the cow that killed a lion , comrades that took a police van by force and used it for their demonstrations , to another incidence that took place on Sunday 13th September 2020, where parents stormed a school and slaughtered two bulls in the eyes of the police .

Mbajone primary school , had on Sunday received unusual visitors. The uninvited guests happened to be the parents of the same school, but this time round , they had not come for their children's annual academic meeting. Instead, they had knives on their hands. One would have thought that they had come to slaughter someone, but no, they wanted the school bulls . 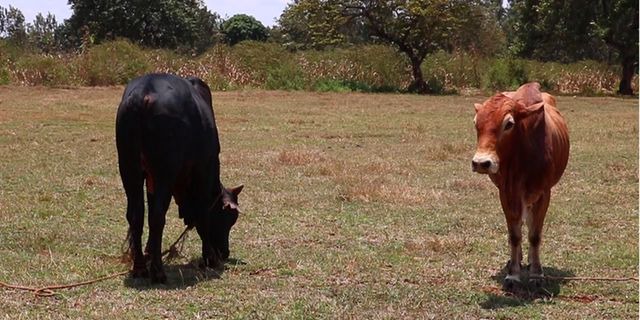 The parent argued that their anger was provoked by the school management, which , even after ordering each parents to pay Sh 1,500 through the PTA , which was required to carry out administrative cost , including payments of salaries , the management went ahead and sold school items without their consent.

The school went ahead and sold food stuffs from the school store, despite them pocketing sh 1 500 per student from the parents. When the parents learnt that the school had intentions of laying off the bulls too, they organized them selves, carried the twigs as they protested the move by the school . 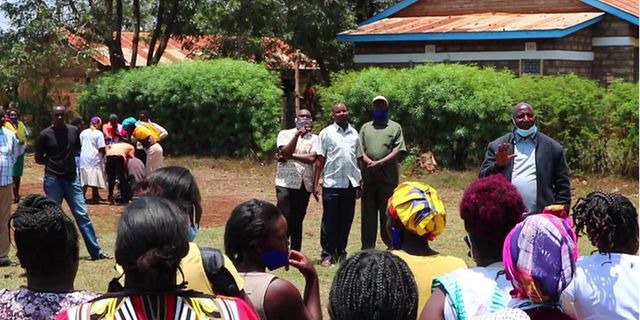 Before they left the school compound , the parents realized that the bulls had a cart which they used to pull. One of the parents offered to buy the cart at Sh 10,000, the money which they shared equally amongst them selves .The bulls had 254 Kg of meat, which was shared among 90 parents .

The parents argued that , before the schools were closed, they had almost thirty bags of food stuffs left in the school store, but as of today, not even a single grain that can be found in that store. The school had sold everything, including the pigs . Parents added that ,what angered them more was the fact that they are the ones who are ordered to plant in the school farm, yet someone else celebrates the harvest.

Do you think the move by these parents was necessary, bearing in mind that there are several legal channels to follow ? Share your opinion with us .