Teachers and students of Kariga Secondary School were treated to free drama when the School Cooks were cought red handed stealing school goodies through the fence. 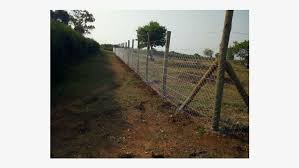 The two, Man and a woman are said to have packed food items in a plastic bag before the school principal assisted by the security guards cought up with them.

They we're trying to sneak the items through a the fence behind the school dining hall.

According to the principal Madam Jacklin, reports have been reaching her desk that this habbit has been going on but was just timing them.

"They thought i won't catch them, today is the day and this matter must reach the police station" The Principal said.

The security guards keenly monitored their actions from a distance and suspected that something sinister could be cooking behind the dining hall.

They said that one unnamed man was sported making rounds along the behind the school fence and investigations have now revealed that the goodies we're to be given to him.

The items stollen included kilos of sugar, cooking flour, kilos of salt and pieces of meat, among others.

The guards tipped the principal and other teachers to rounded the two and managed to find the before the items were picked.

When asked why they did this, the male cooked blamed poverty as the root course of the act and pleading with the school management to have mercy on him.

The matter was later reported to Ahera Police station where the two have since been held for further questioning. 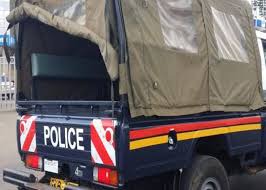