In recent weeks, there has been a worrying trend school fires, with no details of the source of fire. The latest fire incident was recorded at Ofafa Jericho High School which left t0 students hospitalised. 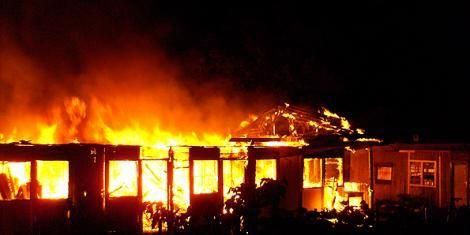 A police report indicated that prior to the incident, the teacher on duty mobilised students to attend evening studies but some defied the order and remained in the dormitory.

On noticing this, the teacher on duty went back and forced them out. One student, however, sneaked back and torched one cube which houses 20 students.

"Several students properties and personal effects were destroyed. Staff and some of the students helped put off the fire before it spread to other cubes," reads the police report in part.

The police report indicates that interrogations are underway even as they try and identify if there were other accomplices to the crime.

At least 50 students suffered severe smoke inhalation while putting out the fire. They were later admitted at the Metropolitan Hospital in Buruburu, Nairobi. 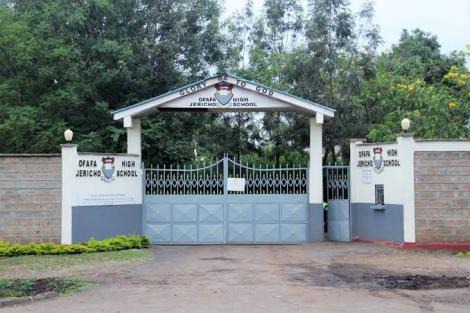 "We received 50 young men reported to have been in a fire incident at their school. They tried to put out the fire and in the process inhaled the smoke. Most of them have suffered smoke inhalation attacks," he stated.

Additionally, Gakombe noted that some students would need admission at the hospital for 24 hours for monitoring but noted that all of them were out of danger.