Several people were feared dead following an accident involving Memon school bus at a notorious blackspot along the Mwatate-Wundanyi Highway.

The carnage happened after the bus veered off the road after the driver lost control of it. It then rolled about 50 metres before it was stopped by trees.

Several bodies could be spotted lying in the wreckage as responders attempted to save the survivors.

Preliminary investigations pointed to brake failure as the cause of the accident.

Police officers later took charge of the scene and controlled traffic that had built up along the stretch of the road.

Responders, including a section of motorists plying the route, launched a rescue mission to pull out survivors from the wreckage. 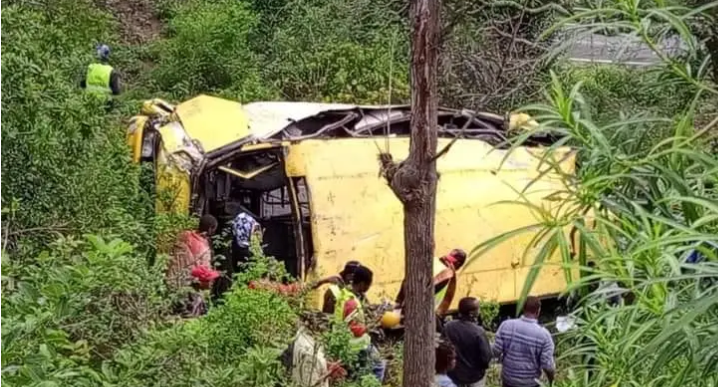 A team from Taita Taveta County Fire and Rescue team has also been deployed to the scene with survivors being rushed to hospital for treatment. 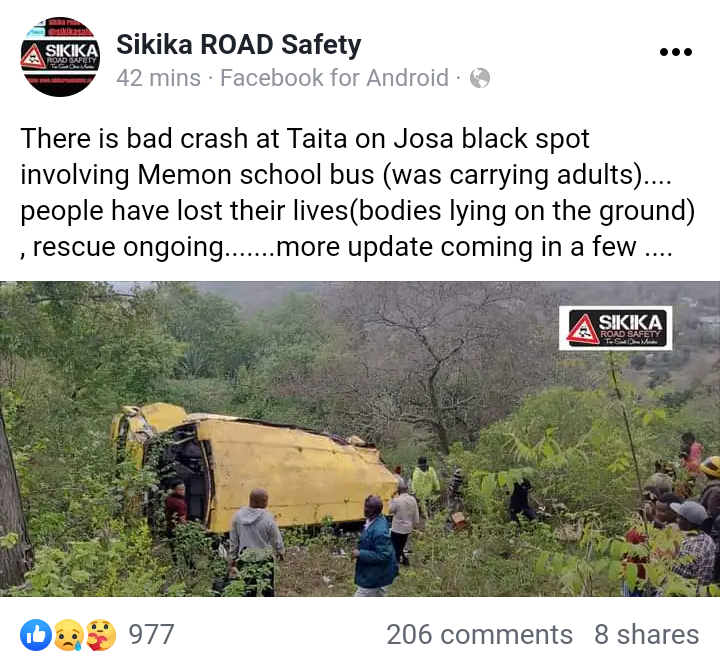 Reports indicate that the bus was carrying teachers from Memon school who were coming from the burial of one of the their own.