By LaikipiaNews (self media writer) | 4 months ago

The teachers were learnt placed under medical arrest in the school after going after the drugs took effect on their bodies leaving the entire Murumbe secondary school in shock.

The form 1 student identified as Jenifer Ndwiga is said to have added the s3xual inducing drugs into teachers tea as a form of revenge after she was punished on Tuesday.

Jennifer is said to have been punished yesterday after she was caught making noise in class. It is alleged that she was given tea to take to the staffroom and decide to grab the opportunity and punish the teachers. 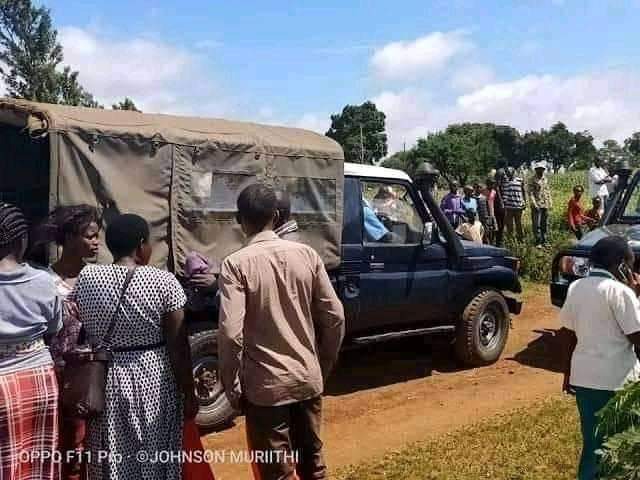 Jennifer is reported to have sneaked the drug into the school compound after they reported back to school, a motive that was not known considering they had reported some weeks before she got punished.

This ill act forced the school principal to call for medical team from Embu level five hospital and Police officers who quickly intervened to bring order in the staffroom.

Medics from Embu are said to have found traces of the blue pills in teachers blood after running some tests to ascertain what was ailing them.

Police officers who visited the institution have launched manhunt for the student who disappeared after committing the heinous act. 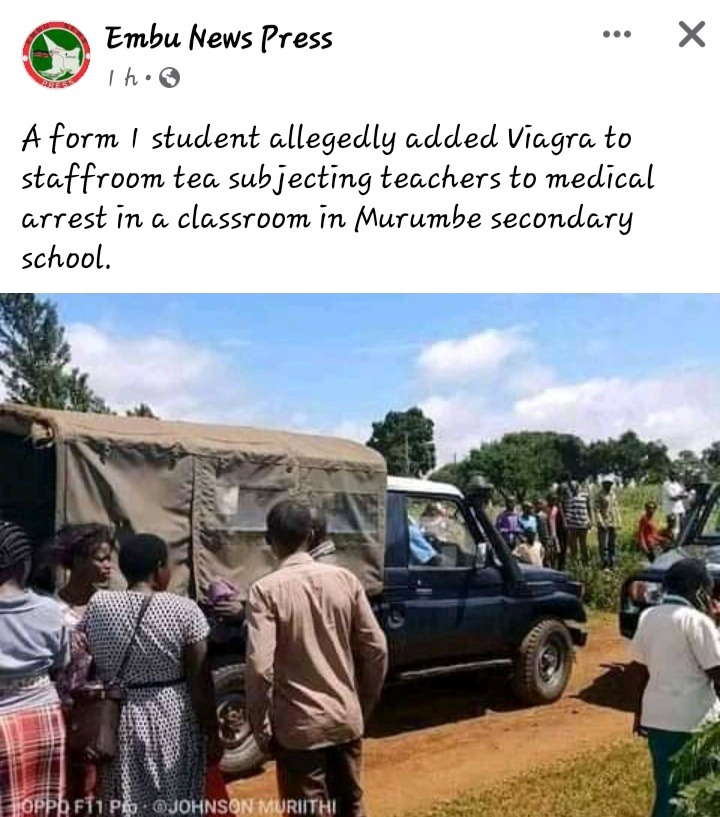