The former Governor of Kiambu, Honorable Kabogo has finally opened up about the ongoing degree saga where several politicians have been ordered to prove the they actually attended the university. 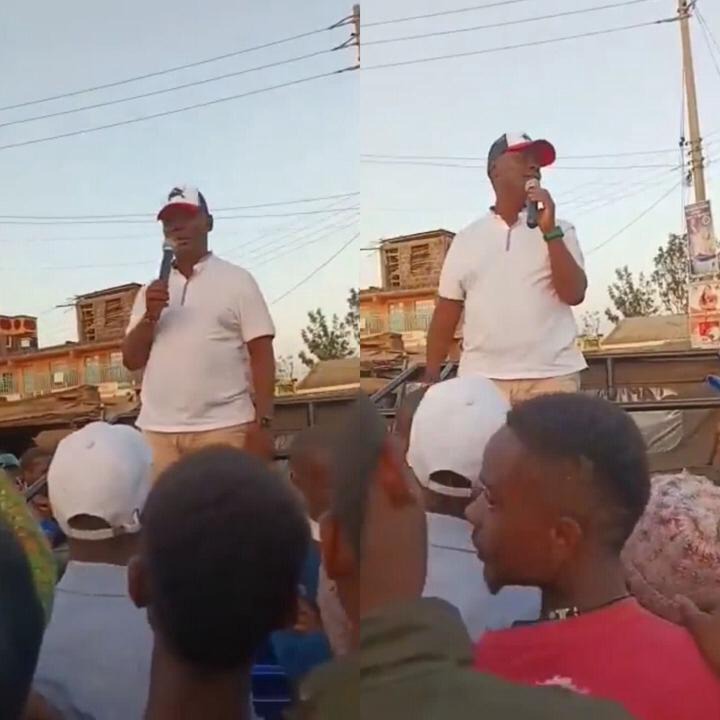 In the past few days, several politicians have been moving back and forth trying to prove that they went to the university.

Taking to his different social media accounts to express his opinion and suggestions on the same, Kabogo has blamed the government for this.

According to the reports given by Kabogo, he claimed that this started when the government allowed people without degrees to actually contest in politics.

This is happening at the same time when the deputy president of Kenya, honorable William Ruto has called out the former prime Minister of Kenya and Orange Democratic Movement party leader, honorable Raila Odinga wanting him to show his degree to prove that he went to the university.

The deputy president of Kenya who spoke yesterday claimed that it was so unfortunate that the state is currently going after the Sakaja despite the fact that the former prime Minister of Kenya had not actually proved that he went to the University and got his degree like others. 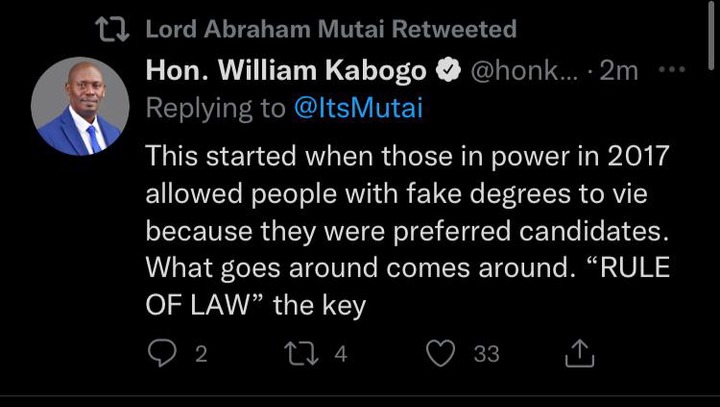 From Maid To Teacher And Then Governor, Inspiring Story Of Female Governor-Elect.

"Kenya Will Move on.... It is that Simple" Mutahi Ngunyi Speaks on DP Ruto's Win